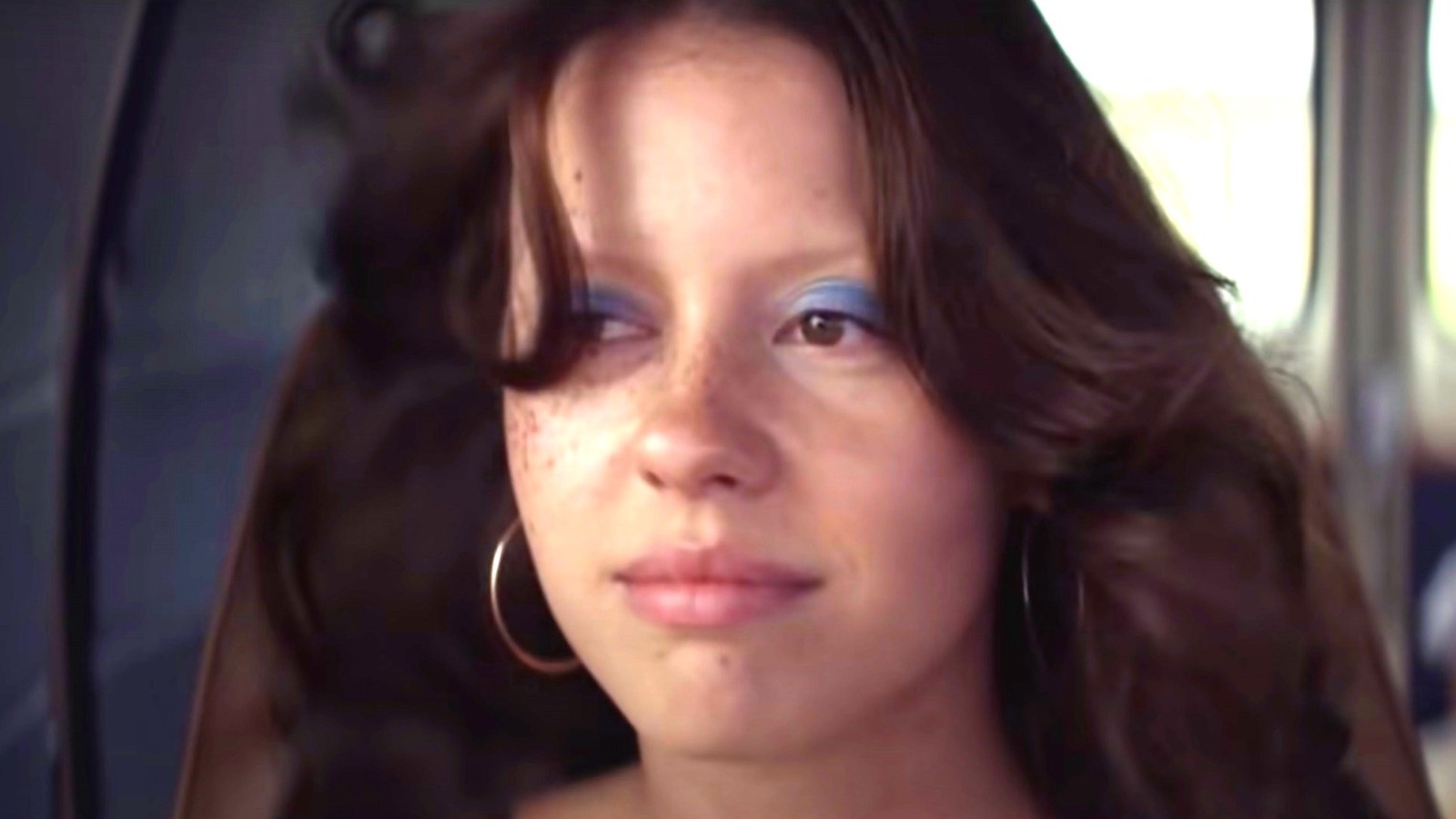 Ti West's latest slasher 'X' defies all odds and sets itself apart from the crowd as a phenomenal piece of filmmaking that reinvents the overplayed clichés and marks a refreshing turning point for modern horror.

A24, the independent production company responsible for Hereditary (2018) and Midsommar (2019), has collaborated with visionary horror director Ti West (The House of the Devil, The InnKeepers) on the latest modern slasher: X. West has been known to dabble in the supernatural and found footage facets of the boundless horror genre, but taking on the expectations that arise with the slasher genre — especially when following in the footsteps of cult-classics like Halloween, Scream and Friday the 13th — is an entirely different challenge. Slashers are arguably the most popular and prominent of the horror subgenres, therefore placing extreme peer pressure on Ti West to deliver a memorable reinvention. West likely knew this — even before conceiving the concept — and valiantly defied all odds.

Firstly, addressing the underlying themes that pulse in the veins of X‘s central narrative, West handles these brilliantly. Pearl — a vengeful old woman — clearly grew up in a conservative, Christian household, where it was frowned upon to engage in sexual activities before marriage. Due to these restrictions, Pearl missed out on the thrilling pursuit of multiple sexual partners during her promiscuous teenage years (and beyond). She got married to Howard (Stephen Ure) who hasn’t aged gracefully at all and can no longer pleasure her, lest his weak heart give out. Pearl grows increasingly jealous of Maxine, who has committed herself to her boyfriend Wayne (Martin Henderson), but still performs sexual acts with co-star Jackson (Scott Mescudi) for a pornographic film. Mia Goth, who portrays a dual-role as both Pearl and Maxine, conveys the obvious contrast between free spirited Maxine and Pearl’s envy beautifully.

Throughout the film, Pearl laments her age, expresses jealousy of Maxine’s youth and covets the sex-positive lifestyle, slowly becoming obsessed with reliving her youth and having a do-over to make up for lost time. Oppositely, Maxine belittles Pearl, showing minimal empathy for her circumstances, which Maxine firmly believes to be entirely avoidable, had Pearl escaped her Christian upbringing. Pearl and Maxine alone breed such tension that X could have revolved solely around them and still excelled. Mia Goth unquestionably steals the show, then, but the supporting isn’t to be overlooked.

In particular, Jenna Ortega — the up-and-coming “Scream Queen” of the modern age — stands out with her blood-curdling shrieks of sheer terror, only matched by triple-threats Martin Henderson, Brittany Snow and Scott Mescudi (Kid Cudi) who bring levity, contradiction and literal passion to the table that feeds the beast of misfortune that hunts them down.

Stephen Ure, completely underrated as Howard, makes his presence known on-screen without the needless dramatics. He lurks in an undercurrent — rarely seen but ever-present and inconspicuously deadly — occasionally unearthing the most unsettling, life-threatening aspects of seclusion in an undisclosed location. Ure has such believable, authentic on-screen chemistry with Goth, despite the staggering age difference, that it can only be a testament to their individual talent. They both represent an impending doom, comparable to the alligators they so often tell cautionary tales about, always skulking beneath the murky surface and awaiting the prime moment to strike.

At first glance, X appears to rely on the overused horror tropes involving a band of teens meeting a familiar fate at the hands of the same old serial killers. If we look beyond its exoskeleton, deep within its bones, X revolutionizes modern slashers with the innovative inner-workings of a meticulously thought-out, carefully hand-crafted masterpiece that earns a coveted spot in the cult-classic clique. Ti West orchestrates the build-up of foreshadowing, making a sweet-sounding melody out of hand-picked shots, a foreboding score and nail-bitting close-calls, only to confirm our worst suspicions in the most poetically grotesque and disturbing way possible. All the crew are in perfect harmony, and it shows in every perfectly-polished scene.

Countless “what the f**k” moments, which initially appear to alter the present tone and seem horrendously misplaced and disruptive, somehow fit precisely where they belong and keep the film’s sinister undertones at the forefront. West manages to constantly remind viewers that this frail and infirm old woman, who has suffered life-long deprivation and rejection, should never — not at any moment — deserve sympathy. However, the storytelling is so effortlessly gripping and poignant that Pearl still gains the sympathy vote regardless.

X questions the morals of the viewer just as much as Pearl herself.

It sets up confusion by making Pearl likeable, expecting audiences to understand her current state, then strips away all redeemable qualities. X abandons the stereotype that serial killers need to be middle-aged persons driven by the need for revenge, and it sets Pearl apart from the others as a desperate and severely underestimated elder who may be fully cognizant or not, but West delights in leaving the audiences guessing as to her motives, which aren’t always explicitly evident.

Unsurprisingly, West’s latest features a healthy dose of gore. Not as off-putting as James Wan’s Saw, but not so uninspired as John Carpenter’s Halloween. West delivers the thrill of the macabre without removing its purpose within the metaphysical story. Rather than a demonic spirit or mass-murderer with impossible superhuman strength, X proposes an arguably normal — and to some extent misunderstood — but extremely real and plainly wronged woman who may have deep-seated psychological disturbances that exacerbate her warped views. Pearl is extraordinarily ordinary, and that believability and realism only makes her more threatening.

In all other departments, it goes without saying that West’s slasher ticks all the boxes. Goth’s transformation into Pearl makes her unrecognizable as a 20-something-year-old, allowing her to truly embody the role. As for the visual effects, X never misses a beat when it comes to authenticity; every gunshot, environmental model and bloody crime scene looks flawless, making the overall experience all the more immersive.

Arguably, the opening act is the weakest. Even then, its only flaw barely impacts overall quality. X takes its time to introduce the characters, give them individual personalities — sometimes relatable ones — and set the central conflict in motion by allowing two worlds to collide in Maxine and Pearl. We see these polar opposites interact and forget that Mia Goth is essentially talking to herself in a dimly-lit kitchen. All at once, audiences get a glimpse of backstory and the best of both worlds in Maxine’s careless attitude against Pearl’s graceless advances. From then on, X finds its footing, and it runs, never losing the momentum and producing a blood-soaked spectacle that relies more on outstanding characterization and comprehensive world-building than sensory overload. As the saying goes — the devil is in the details — and West adheres to that principle throughout.

Eliot Rockett deserves special praise for commanding the camera with poise and precision. Rockett executes West’s pointed vision, generating breathtaking and three-dimensional shots that blur the line between a fictional fable and an ill-fated, anecdotal expedition. Likewise, Tyler Bates and Chelsea Wolfe round off the creative ensemble and seal the deal with a killer score that evokes sadness when it wants to and arouses fear when it needs to.

X welcomes the new generation of slashers, paying homage to classics but refashioning the old tropes with the flair and finesse of a technologically advanced and remarkably cultivated 21st century. Ti West outdid himself with this one, improving on past practices and changing the game for potential competitors. As West has already confirmed, a prequel is on its way. If it turns out to be even half as good as X, West could have a franchise legacy in his crystal ball.

Ti West's latest slasher 'X' defies all odds and sets itself apart from the crowd as a phenomenal piece of filmmaking that reinvents the overplayed clichés and marks a refreshing turning point for modern horror.