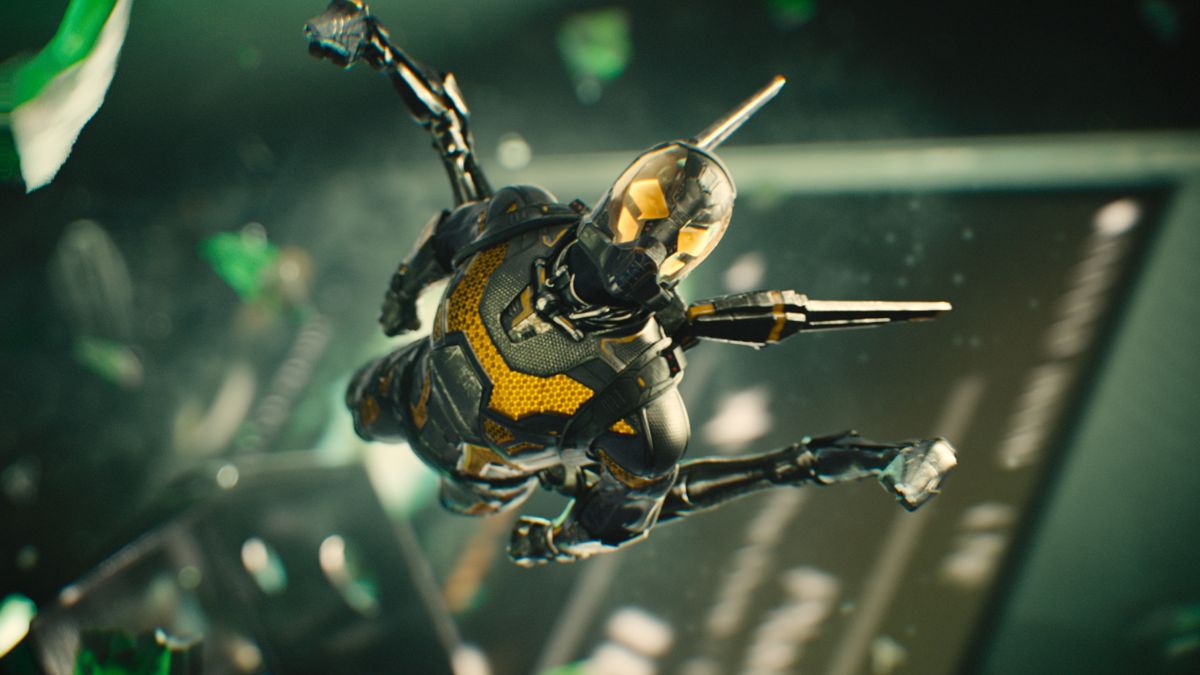 Ant-Man and the Wasp: Quantumania has revealed the first big character return for the threequel, and it’s none other than Yellowjacket from the first film.

Corey Stoll’s Darren Cross was last seen being shrunk beyond control at the climax of 2015’s Ant-Man, but looks to have survived the ordeal by rearing his face in the Quantum Realm. Despite having his masked design shown later in the Quantumania trailer, eagle-eyed viewers will have spotted him around the 0:56 mark with Stoll’s face shown.

So, after months of speculation, we can now confirm Cross is the MCU’s version of fan-favorite character MODOK. Hooray for comic book silliness. Strange is the decision not to properly reveal it with an up-close shot of Cross in the body throne but instead left in the background of a shot.

Marvel typically tries hard to stop reveals like this from being shown in the trailers, so the inclusion is a curious one, especially given the dramatic shot of MODOK shown later in the film. Speculating, but this could be a result of fan pressure and outcry over the previously leaked designs not being accurate enough to the source material.

Adapting MODOK to screen is different from doing Black Panther or Doctor Strange which required modern acclimatization. MODOK cannot be modernized. He needs to remain a silly and curious monstrosity body horror monstrosity. No two ways about it. Whether or not Marvel had to change the design due to backlash can’t be confirmed yet, but doesn’t feel unlikely.

Ant-Man and the Wasp: Quantumania will hit cinemas Feb. 17.