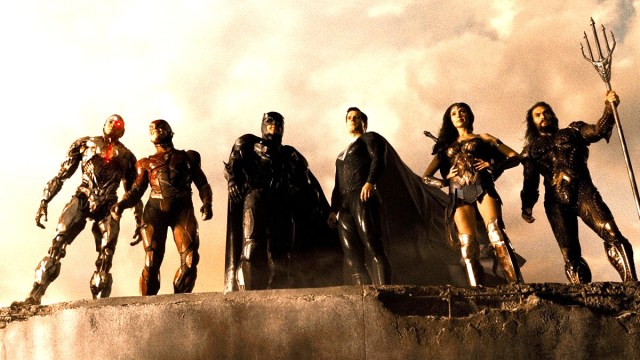 Great news for Zack Snyder fanboys and the women who would theoretically love them if they weren’t such nice guys; on July 19, digital copies of the super edgy and dull Zack Snyder’s Justice League will officially go on sale on marketplace sites such as iTunes, Vudu, and Amazon. And naturally, there has been a tremendous excitement among the weird anonymous Twitter accounts that brought it to life in the first place:

Snyder originally filmed the DC Comics superhero teamup movie Justice League as a followup to his Razzie-winning DC Comics superhero teamup movie Batman v. Superman: Dawn of Justice, which introduced the world to “Batfleck” and infamously featured the titular characters becoming friends after they learned both their moms had the same name. The film was intended to cement the “Snyderverse” as a DC Comics counterpart to the massively popular Marvel Cinematic Universe.

Following the tragic death of Snyder’s daughter Autumn, Warner Bros. took control of post-production on Justice League, bringing in Joss Whedon to add elements that made his Avengers movie a huge hit, like humor, and a generally lighter touch. The result was a mess that somehow highlighted the worst excesses of both directors.

Demand for the “Snyder Cut” of Justice League surged on Twitter among fans who imagined that if only Snyder had been able to retain artistic control of the film, it would have been a masterpiece. In the pandemic year of 2020, with production on new films and shows shut down and releases of films on the shelf curtailed due to closed theatres, Warners found itself with a new streaming service, HBO Max, that had no new content to launch with.

Subsequently, Warners agreed to invest upwards of $70 million for Snyder to re-edit his “original vision” of Justice League with additional reshoots that extended it into a four hour film.