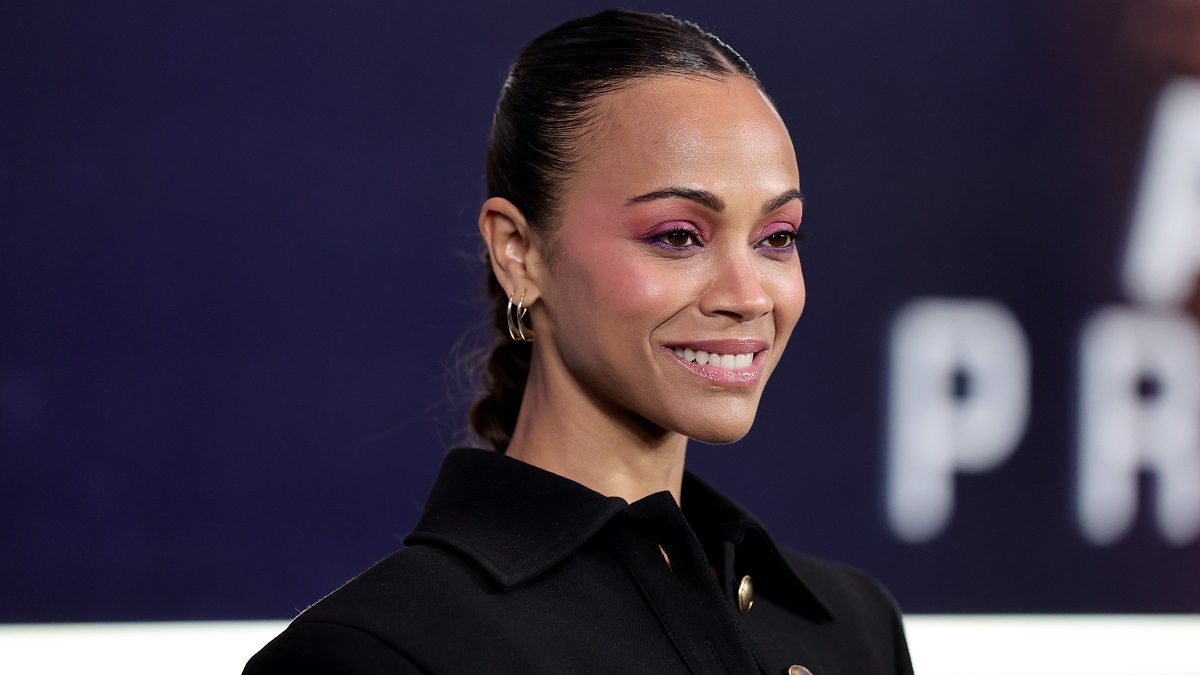 As one of Hollywood’s most recognizable actresses, Zoe Saldana has had a remarkable career. After two decades, she’s starred in four of the most successful movie franchises in modern history, and played an integral role the two highest-grossing films of all time.

To top it all off, she’s worked with some of the biggest directors in the industry – including James Gunn, James Cameron, J.J. Abrams, Justin Lin, and the inimitable Steven Spielberg – with an ever-growing list of projects and sequels lined up, with her latest role as Ryan Reynolds’ love interest in Netflix’s The Adam Project premiering yesterday.

Though she’s become a household name portraying fearless female leads, Saldana recalled the worst advice she’s ever gotten since being in the business.  In Entertainment Weekly’s latest episode of Bold School, the Guess Who and I Kill Giants actress shared how she might have come to be known under a different name had she not remained firm, even as a nascent talent.

“When I did [the 2000 film] Center Stage, I remember being discouraged by my management at that time to use my name. But their intention was never for me to stop being who I was. They celebrated who I was. But my manager at the time was a former singer and a ballroom performer, and she did change her name as well, when she was a teenager back in the 1960s, I believe. And she said it’s what everybody does.”

For Saldana, keeping her name was a no brainer. “That was her doing the best that she wanted for me, but I still knew that I liked my name,” the former ballet dancer said.

Needless to say, Saldana stuck to her guns (literally), and the rest is history. She cited the likes of Linda Hamilton (Sarah Connor in the Terminator series), Sigourney Weaver (the Alien franchise) and Whoopi Goldberg (Fatal Beauty, The Color Purple), calling them the “icons” who not only influenced her on-screen choices, but clearly her resolve.

“They played these characters that represented my level of energy, my curiosity, my sense of purpose whereas the Jane Austen stories, I didn’t understand. My journey was different than the common theme of what female journeys were.”

Saldaña credits Steven Spielberg, her director on 2004’s The Terminal, as the person who’s given her the best advice of her career.

“In order for you to know where you’re going, you must always know where you came from. So in a way, it’s to learn your history, not just about yourself, but if cinema is what you love, you need to catch up on everything that cinema has brought to you, before you, so that you know where you’re gonna take cinema next and that was really powerful.”

With The Adam Project set to score huge viewing figures on Netflix, never mind the Avatar, Guardians of the Galaxy, and Star Trek sequels that are on the way, Saldaña’s status as one of the highest-grossing actresses of her generation is only set to be further cemented in the coming years.