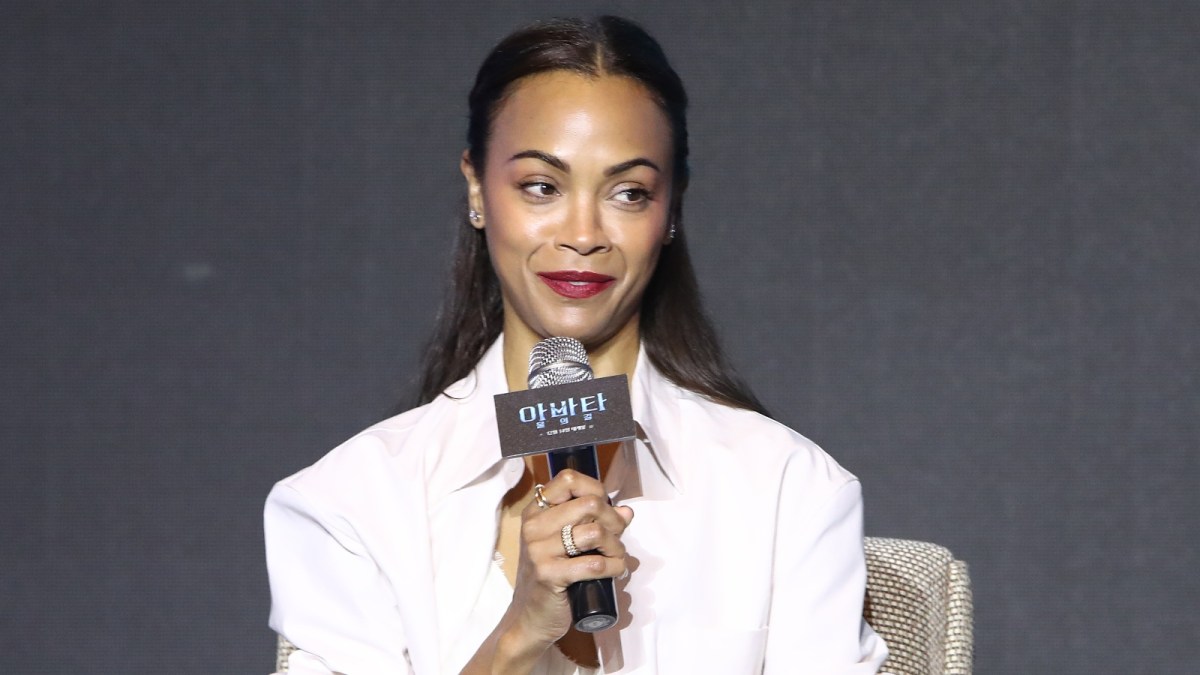 Zoe Saldaña recently revealed that she found a common theme between her alien characters from Avatar and The Guardians of the Galaxy, despite them being from different worlds and living separate lives.

In Avatar, the actress portrays the role of Neytiri, while she plays Gamora in The Guardians of the Galaxy. During a Dec. 9 interview with ScreenRant, Saldaña — who was promoting Avatar‘s sequel Avatar: The Way Of Water — told the publication that the pair’s similarities stemmed from the hardships each character encountered after their “worlds have been robbed.” She said,

I think that the similarities between them is that their worlds have been robbed; they have been taken from their world, and they’re forced into a life of just ‘war.’ And that’s maybe not, may have not been the natural course of life, had they had the right to choose.

Differences, I think that Gamora is a lot more resolved with making, finding her inner peace. Whereas Neytiri finds herself in just chapter two of a very long journey with her anger and her inability to understand. Neytiri is not a voice of reason, she’s an instinct. She’s a force of instinct and gut. And that’s why her and Jake are absolutely just essential to each other. And he’s essential to her, and she leans on him for so much. Even while she is wrestling him on everything. And he has to have so much patience.

Avatar: The Way Of Water will debut in theaters on Dec. 16.