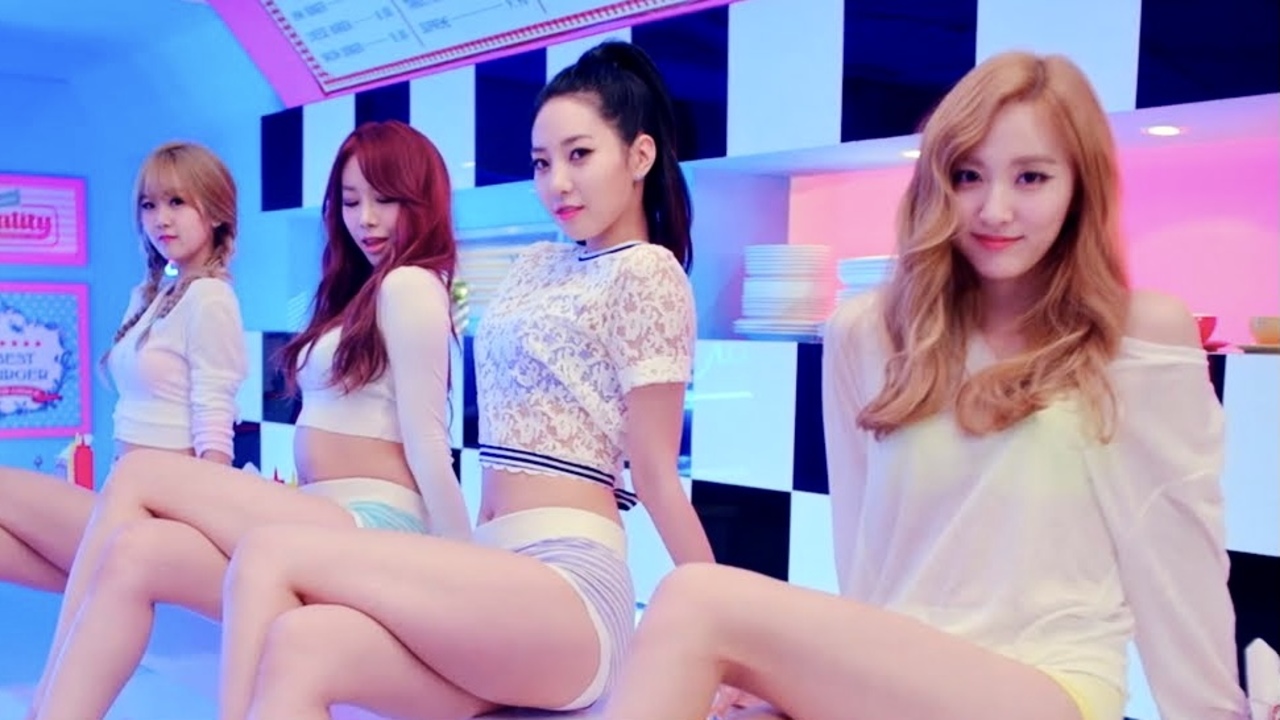 BESTie was a four-member K-pop girl group formed by YNB Entertainment in 2013 with members: U.JI, Dahye, Hyeyeon, and Haeryung. The group debuted with the single “Pitapat”, which was a massive success at the time of its release. They were one of the most promising girl groups of their time, earning the 2015 Next Generation Award at the prestigious Golden Disc Awards held in South Korea. A year after their debut, BESTie released their first mini-album, titled Hot Baby.

However, the group’s success was short-lived, as two members, U.JI and Dahye terminated their contract with YNB Entertainment in late 2017, in order to pursue solo careers. By Oct. 2018, it was announced that Hyeyeon had also terminated her contract with the company and signed under another entertainment company as a solo artist. Without any official statement and rumors of YNB’s bankruptcy, the group disbanded in 2018.

The music of BESTie continues to live on through music streaming platforms, and the group still has an actively loyal fan base. Here are the four talented members that made up the group.

Kang Hyeyeon was born on Dec. 8, 1990 and was the leader, main vocalist, and lead rapper of the group. Hyeyeon was also a former member of the girl group EXID and went under the stage name, Dami. She left EXID shortly after their debut to focus on her education. After leaving YNB Entertainment in 2018, Hyeyeon signed with Star Entertainment as a solo artist, and made her debut in Nov. 2018 with the song “Great”.

Na Haeryung was born on Nov. 11, 1994 and was the lead dancer, as well as the face of the group. Haeryung graduated from Seoul Performing Arts High School and started out as a child actor. She has acted in several popular Korean dramas such as My Lovely Girl, My Mind’s Flower Rain, and The Universe’s Star. In 2012, she debuted with the girl group EXID but left a year after to focus on her acting career. After BESTie disbanded, Haeryung completely focused on her acting career under her current agency, Management 2sang.

Jung Yuji was born on Jan. 2, 1991 and was the second main vocalist and dancer of the group. In 2012, much like her co-members, Yuji debuted as a member of EXID, but left shortly after to focus on her studies. She graduated from the Seoul Institute of Arts and majored in music. After debuting with BESTie, Yuji terminated her contract with YNB Entertainment in September 2017 and signed with Curo Holdings, then later World Star Entertainment in 2021. She made her solo debut in 2015 with the song “Love Letter”.

Song Dahye was born on June 12, 1993 and was the main rapper in the group. Dahye was a trainee under SM Entertainment before signing and debuting under YNB Entertainment. She eventually terminated her contract in 2017 and signed with World Star Entertainment in 2020 as a soloist. She made her solo debut that same year with the single “Poison”. The song was a remake of Uhm Junghwa’s song of the same name.