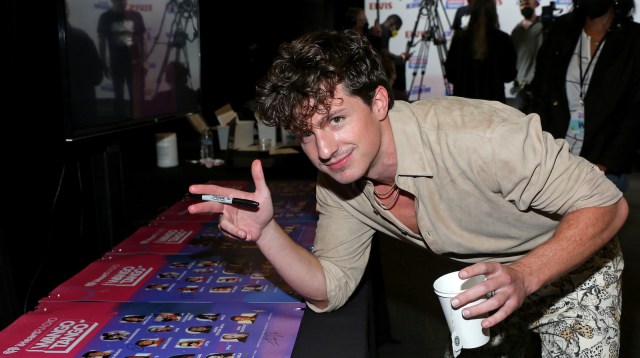 Singer-songwriter and apparent nudist Charlie Puth decided to go naked on social media as a way to show off his newfound confidence, his abs, his other body parts, and all in the name of promoting a tour.

Puth has been vocal about his new workout regime and healthier eating habits, proclaiming that it clears his mind and adds to his music writing.

When Puth posted his recent nude on Twitter, he added the one-word caption “Friday!!!” We get it, Charlie, you just want attention.

As fans look out for a new tour announcement this Friday, which he implied is indeed the case when replying to fans on Instagram, some fans are not exactly pleased to be following Puth and suddenly be seeing nudes of the producer.

This recent nude follows his photo from yesterday when he posted a mostly naked mirror selfie.

Here are a few of the negative reactions he received, most of which expressed disappointment, with a couple of people questioning if this is the route he needs to go to increase sales.

Most people, however, were welcoming of the photos. In fact, they were so welcoming that we can’t even show most of them, thanks to the graphic nature of the responses. So we’ll settle for these:

Puth, a prolific songwriter for many other artists as well as a recording artist himself, will reveal more tour info, and maybe more nudes, this Friday.