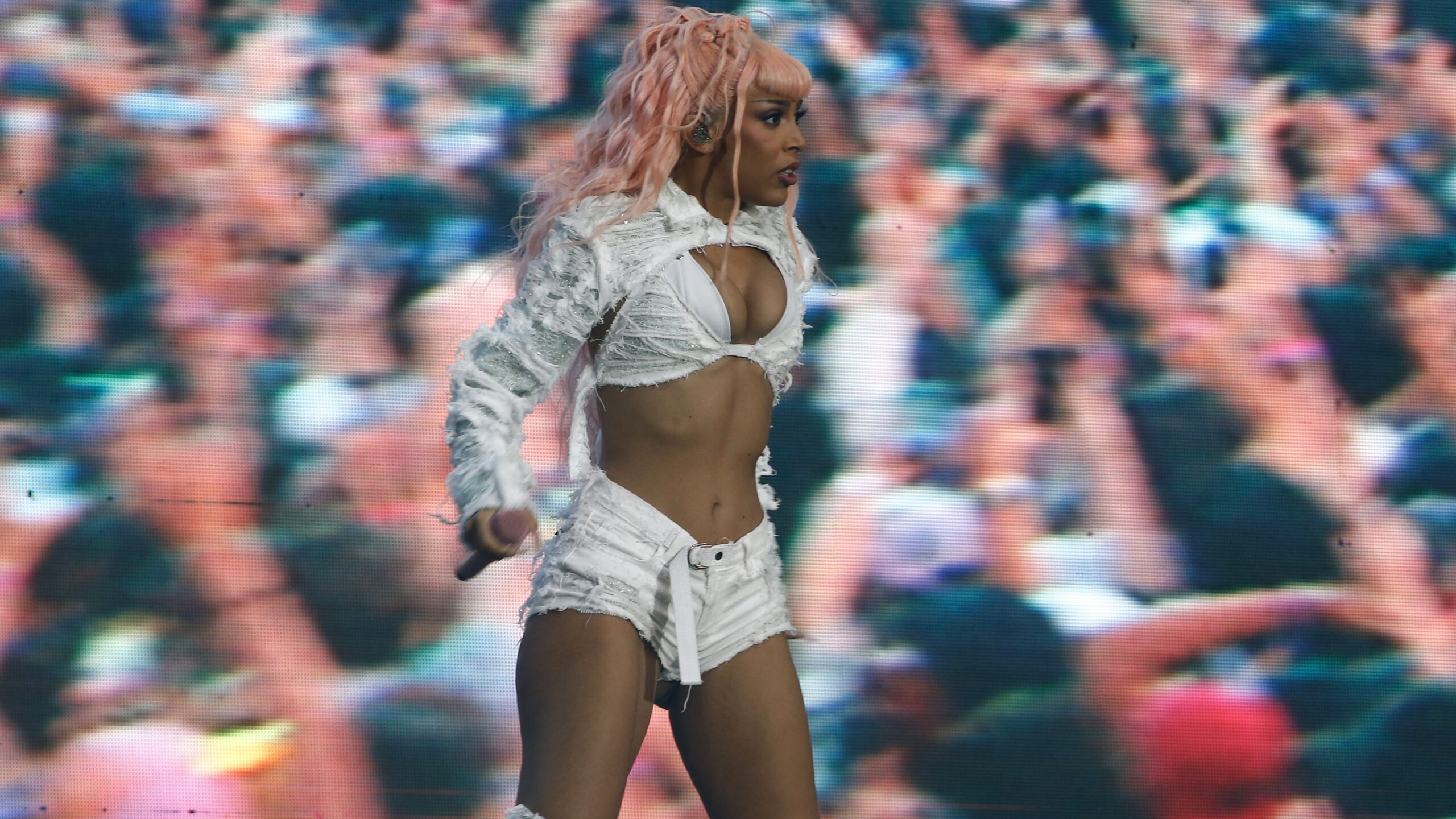 Rapper Doja Cat went on a social media rant on Thursday, leaving many of her fans wondering whether she is quitting music altogether. The outburst came in response to a biting comment by a Paraguayan fan after she had apologized to her fans in Brazil for what she felt was a sub-par performance. The singer had also mentioned a recent performance in Argentina, but her lack of mention of Paraguay incensed one fan enough to call her out for the omission.

“You made us feel empty.” replied the fan, according to The Mirror.

When another commenter chimed in, branding Cat “public enemy number one,” the rapper bluntly replied, “I’m not sorry.” The exchange started a dogpile of angry Paraguayans, as well as the usual coterie of social media trolls and brawlers. Cat appeared to be trying to walk away from the fray, stating that she was just “gonna let everybody be mad,” but a commenter who asked her “where her humility has gone” elicited an angry, profanity-laden response.

“It’s gone and i don’t give a f*** anymore i f***in quit i can’t wait to f***ing disappear and i don’t need you to believe in me anymore.” Cat replied. “Everything is dead to me, music is dead, and i’m a f***ing fool for ever thinking i was made for this this is a f***ing nightmare unfollow me.”

The rapper’s next Tweet, however, came as an even bigger shock. “This s*** ain’t for me so I’m out. Y’all take care,” Cat wrote. The singer also updated her Twitter name to simple “I quit,” immediately prompting fans the world over to beg her not to take the negative comments in the flame war to heart.

The tweet has garnered 119 thousand likes so far, and nearly nine thousand retweets, but many of the 11 thousand responses are coming from upset Paraguayan fans, including many who traveled to the rapper’s hotel hoping that she would come out to speak to them, and others angered that she canceled her concert in the country.

Cat has yet to follow up her tweet, and her user tag remains “I quit,” leading some fans to question whether the artist may be considering leaving music altogether. The singer appears still to be committed to her upcoming tour with The Weeknd, however, so tempers are likely to cool off in the meantime.