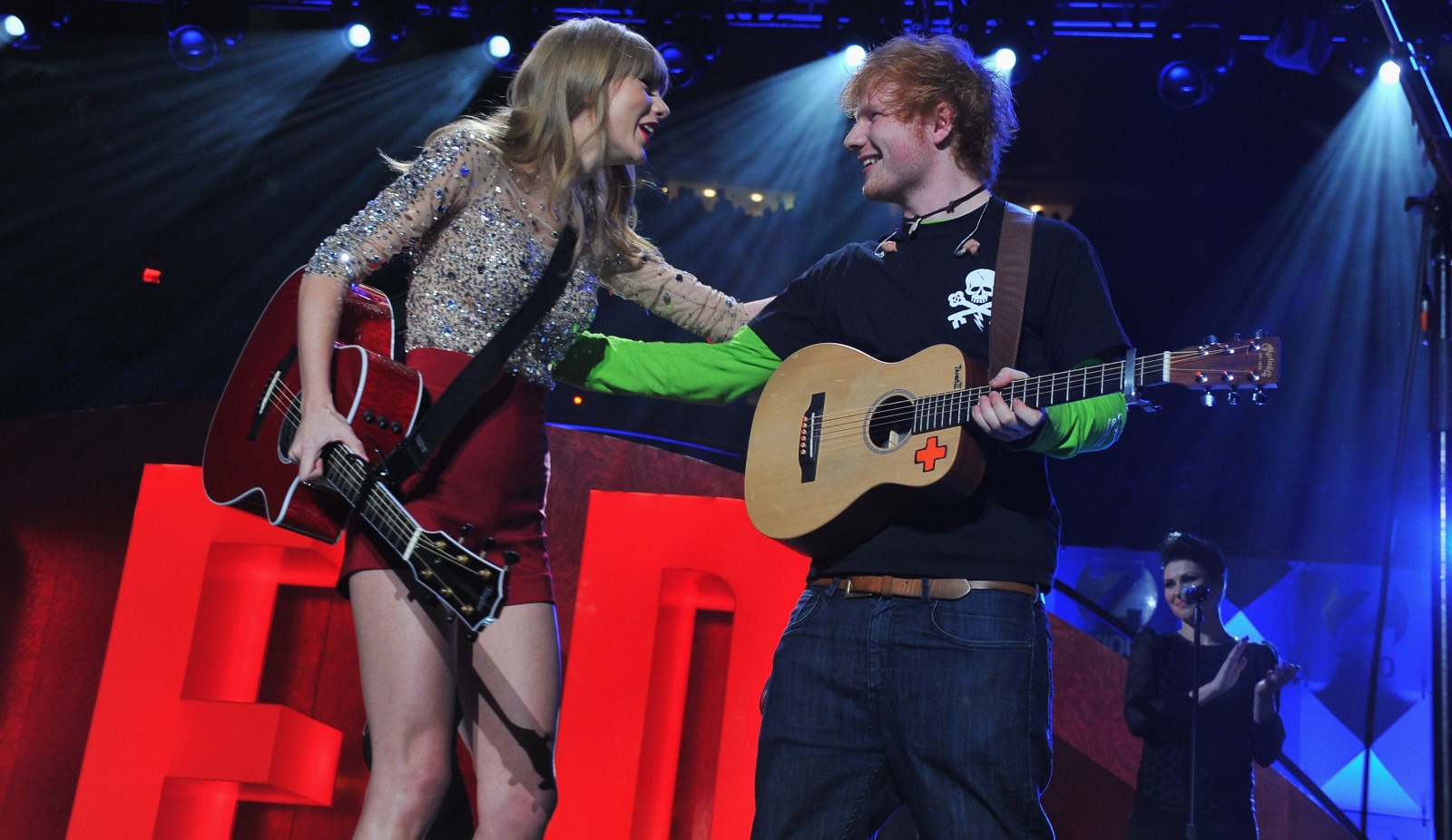 At the recently concluded Brit Awards ceremony, Ed Sheeran revealed that a new song featuring both himself and Taylor Swift is releasing later this week. The British mega pop star confirmed in a red carpet interview with LADbible that the new song “comes out Friday, and it’s with Taylor Swift.”

While Sheeran doesn’t go into much detail or reveal the track title, fans have since been speculating that it’s a remix of “The Joker and the Queen”, a song on Sheeran’s chart-topping fourth album.

On Feb. 5, fans of the two singers were sent into a frenzy when the lyric video for the original song was uploaded to YouTube. The song credits showed: “feat. Taylor Swift.” which led many to believe that she would be involved in a remix sometime in the future.

Sheeran and Swift have been friends for many years, and are frequent collaborators. Sheeran has lent his vocals to a few of Swift’s songs: “Everything Has Changed” on her fourth studio album, Red, “End Game” on her sixth album, Reputation, and most recently, “Run”, which was featured on Red (Taylor’s Version).

The two stars might have also hinted at possibly reuniting for a song through subtle messages in their music videos. In the video for his song, “Overpass Graffiti”, Sheeran wore a Taylor Swift patch on the back of his jacket, and in her “I Bet You Think About Me” video, Swift carved the equals symbol into a cake.