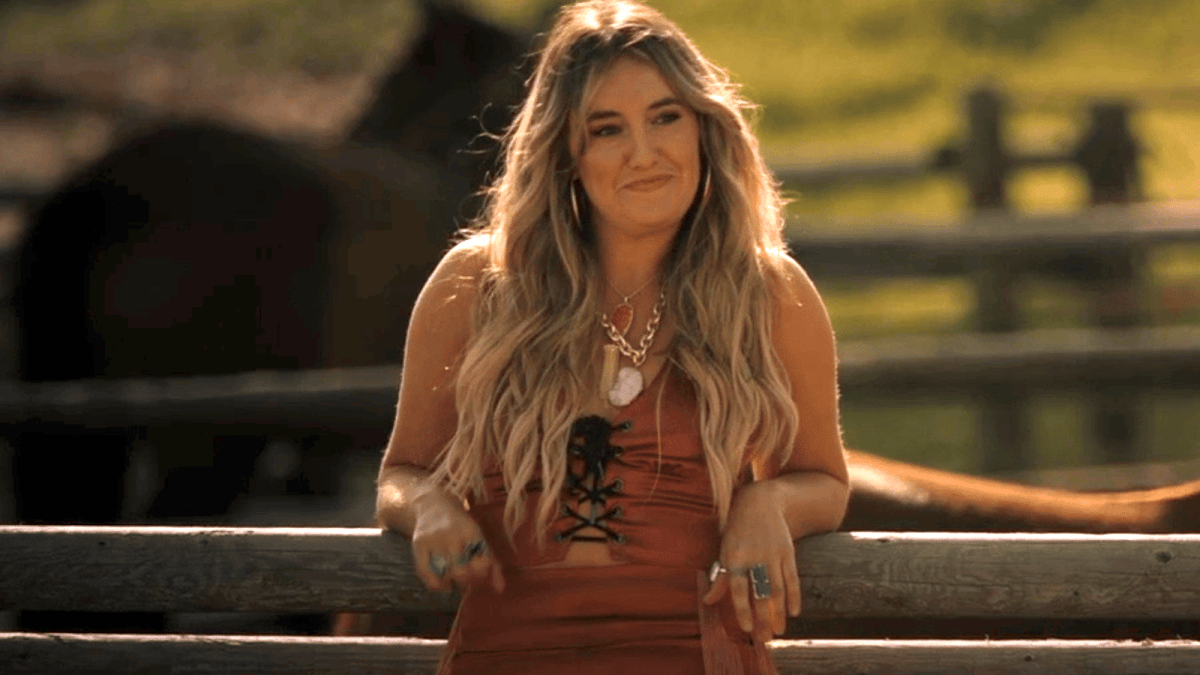 More often than not, Yellowstone’s music stays true to its western setting with a variety of country artists setting scenes and adding the right amount of emotional energy to scenes where required. One such recurring artist has been Lainey Wilson, who has been lending her voice to the show since season two.

However, Wilson has since become more than just a music credit in the Paramount series, having made her in-show debut in the season five premiere. She’s still a country singer, but in the Dutton’s world, she goes by Abby. After an icy introduction to the show through cautionary words from Beth Dutton, Abby throws caution to the wind and quickly ends up being ranch hand Ryan’s love interest.

To make matters slightly more confusing, in the world of Yellowstone, Abby may be Abby, but more often than not Abby is singing Lainey Wilson’s songs. It makes enough sense. We’re probably confusing you. In any case, here’s every Lainey Wilson song which crops up in Yellowstone, whether it’s Lainey herself singing from beyond the fourth wall or Abby within the bounds of the show.

The recurring use of Wilson’s musical talents kicked off in season two. At the time, she wasn’t a household name just yet, with the show undoubtedly helping put her on the map.

The at-the-time up-and-coming country star wouldn’t pop up again until season three, episode six, with this country-style ode to getting hammered – something that has stagnated in the dance music scene. A hair more creative than, “shots, shots, shots, shots, everybody!”

Wilson’s features slowly became more frequent, with a second song towards the end of season three about how a word can spread through a small southern town very quickly.

The Abby/Lainey Wilson musical train truly left the station in season five, when she started performing songs once in almost every single episode. “Smell Like Smoke” was one of many tunes, this one celebrating identity and not shying away from one’s past.

It’s almost as if Yellowstone season five lives a double life as a promotional machine for Wilson’s latest album, “Bell Bottom Country.” The lyrics unpack the conflicting mindset of moving on from a breakup all the while wanting things back the way they were.

The most recent episode had a double feature of Lainey Wilson tunes, the first being “Watermelon Moonshine,” a song about adolescent love and the underage drinking that often went with it.

The second Lainey Wilson tune that Abby performed on the episode was “Hold My Halo,” a song about the age-old plight of just wanting to let your hair down and have a wild night in a bid to escape the 9-5 grind.