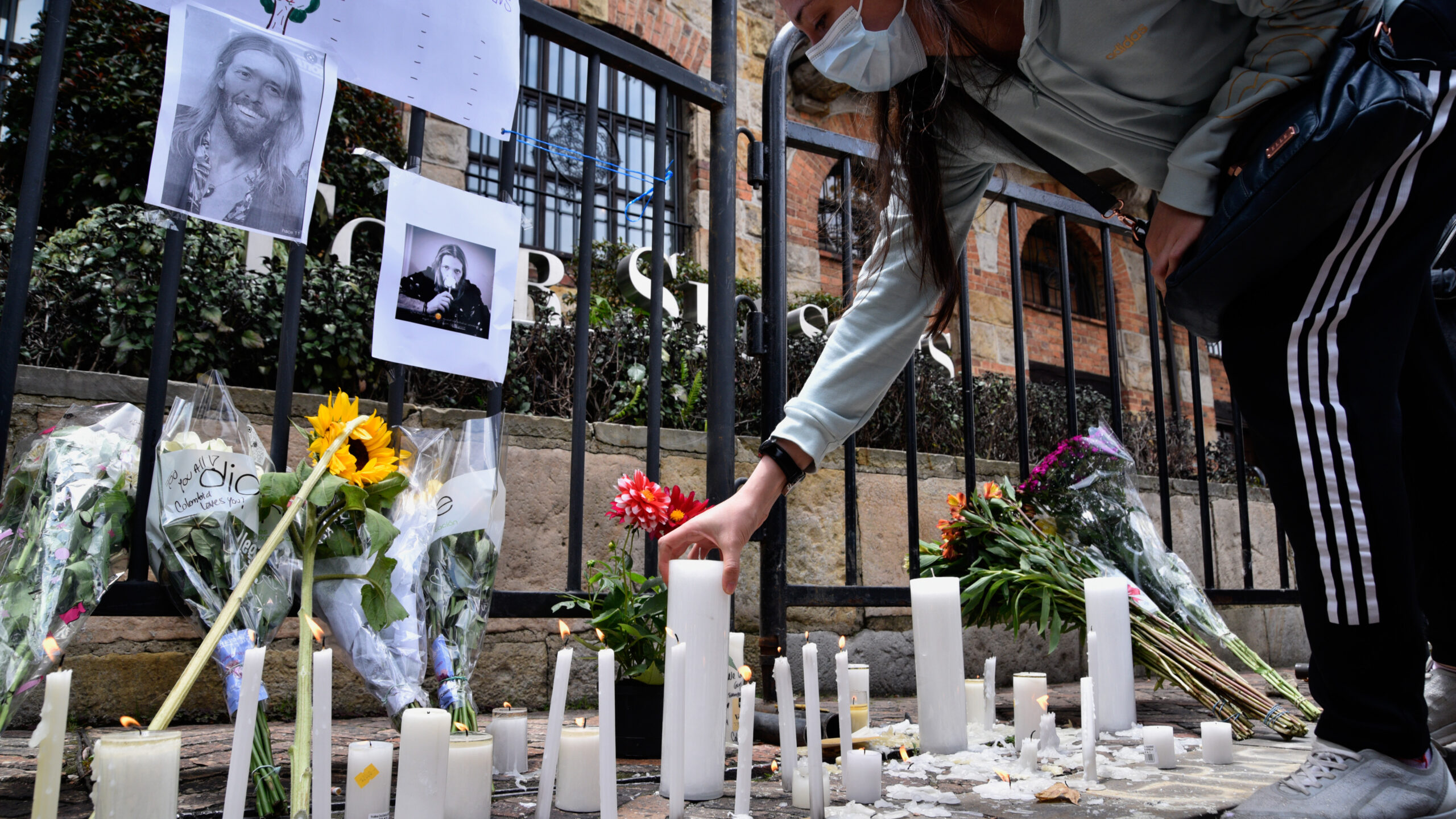 Per a report in US Weekly, the Foo Fighters have officially cancelled this weekend’s planned appearance at the 2022 Grammys. This comes two days after they announced the cancellation of the rest of their world tour following the death of drummer Taylor Hawkins. In an interview with Variety, Jack Sussman, CBS’ executive vice president of specials, music and live events, did announce that there will be a tribute to Hawkins at the awards show, which airs live from Las Vegas on Sunday, April 3rd.

News of Hawkins’ death has sent shockwaves through the world of entertainment, with Queen drummer Roger Taylor dedicating his recent Order of the British Empire award to him yesterday. According to a report in Page Six, actor and ex-Beach Boys drummer John Stamos revealed that he received a text from Hawkins right before his death, which read, “‘Ya We’ve yet to fully have a hang -Got a put that s–t together before we die.’” In an interview on the Howard Stern Show yesterday, Machine Gun Kelly remembered hanging out with Hawkins two days before he passed, saying, “It was like, dude, he’s such a beautiful soul man.”

Taylor Hawkins had been a drummer and a crucial part of the Foo Fighters’ sound since leaving Alanis Morissette’s touring band to join the Mighty Foo in 1997. In addition to his work with the band, his solo project, Taylor Hawkins and the Coattail Riders, released three albums. The most recent, Get The Money, received a 4-star rating from NME, and is available on streaming services.

Hawkins passed away prior to a performance at a festival in Bogotá, Colombia, on March 25, after complaining of chest pains. While his cause of death hasn’t been officially announced, a coroner’s preliminary report noted the presence of ten different drugs in his bloodstream, and another report indicated his heart was twice as large as that of a typical male his age.