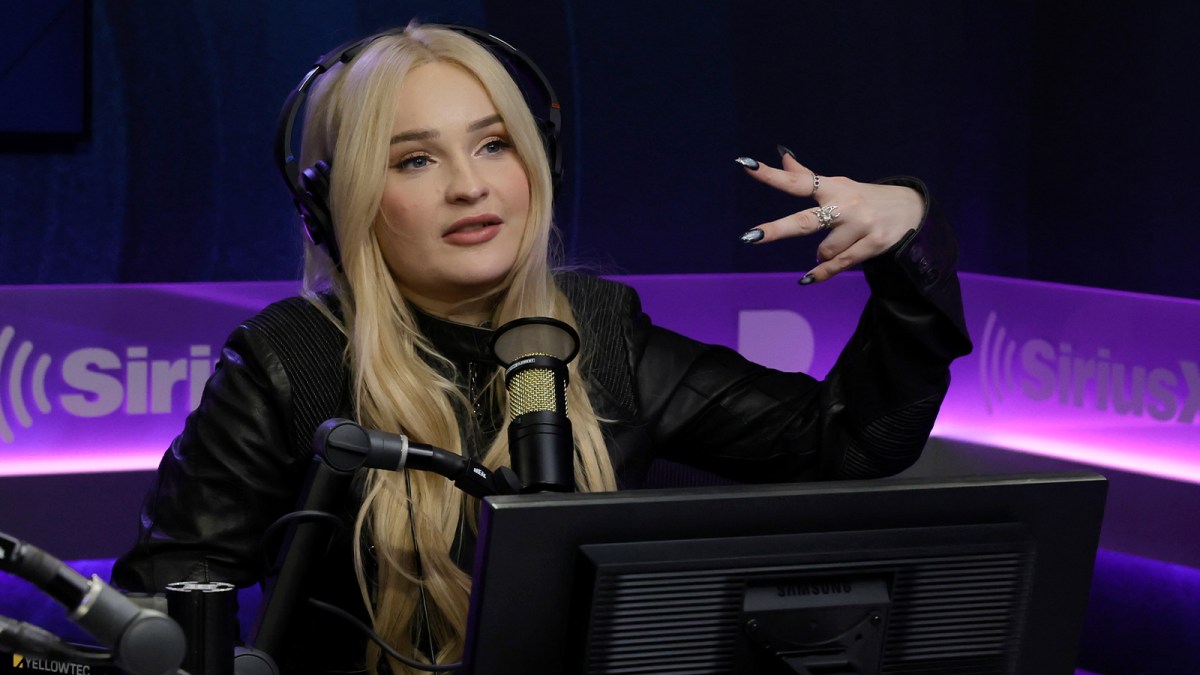 Twitter is defending Kesha after Kim Petras has once again come under fire for her association with disliked hitmaker Dr. Luke. The singer, who recently scored her first number-one single on the Billboard Top 100 charts with “Unholy,” a collaboration with Sam Smith, went on Twitter to make a few shady tweets which she quickly deleted after receiving backlash.

The drama started when Petras posted “get talented or good at anything then talk to me” seemingly unprompted and one user replied, “stop defending dr luke first then.” Petras did not take kindly to the criticism and quickly retorted that “5000000 ppl work with him why y’all only coming at me. I have nothing to say or be ashamed of at all. go away.” She swiftly deleted the tweet but the internet was faster and screenshots rapidly filled Twitter.

Kesha, who previously collaborated with Dr. Luke on her first few albums, accused the producer of sexual assault in 2014 and received widespread support from fans and other artists. Dr. Luke denied the accusations and has since filed an ongoing defamation lawsuit against Kesha which will go to trial early next year.

The internet continues to be very much on Kesha’s side and the hashtag “FreeKesha” began trending after Twitter users became aware of Petras’ tweets, with users also using the secondary hashtag “MuteDrLuke.”

Many Petras fans simultaneously support Kesha while enjoying Petras’ music and were hopeful that Petras was cutting ties with the producer after her most recent single “If Jesus Was a Rockstar” didn’t feature Dr. Luke. The singer has faced backlash multiple times in her career for her association with the disliked producer as the majority of her discography credits Dr. Luke or one of his many aliases, like Made in China or Tyson Trax.

While the tweets were certainly shady, Petras (or her hacker, as her team is reporting) may have a point about the hypocrisy of her fans continually calling her out for working with Dr. Luke when multiple popular artists also continue to work with the producer. His career certainly slowed down after Kesha’s accusations first surfaced but over time, the music industry seems to have accepted Dr. Luke once again, and in the past few years, he’s been a part of hits like Doja Cat’s “Say So” and Nicki Minaj’s “Super Freaky Girl.”

Artists like Doja Cat do face backlash for their work with the alleged rapist as well but not to the extent of Petras. Just last year, Doja Cat said she would not work with Dr. Luke going forward and has liked tweets implying that she was forced to work with the producer for contractual reasons. While Petras might be in a similar situation, it appears fans believe she is choosing to work with the producer, and criticism over their collaborations will likely continue as long as the two work together.