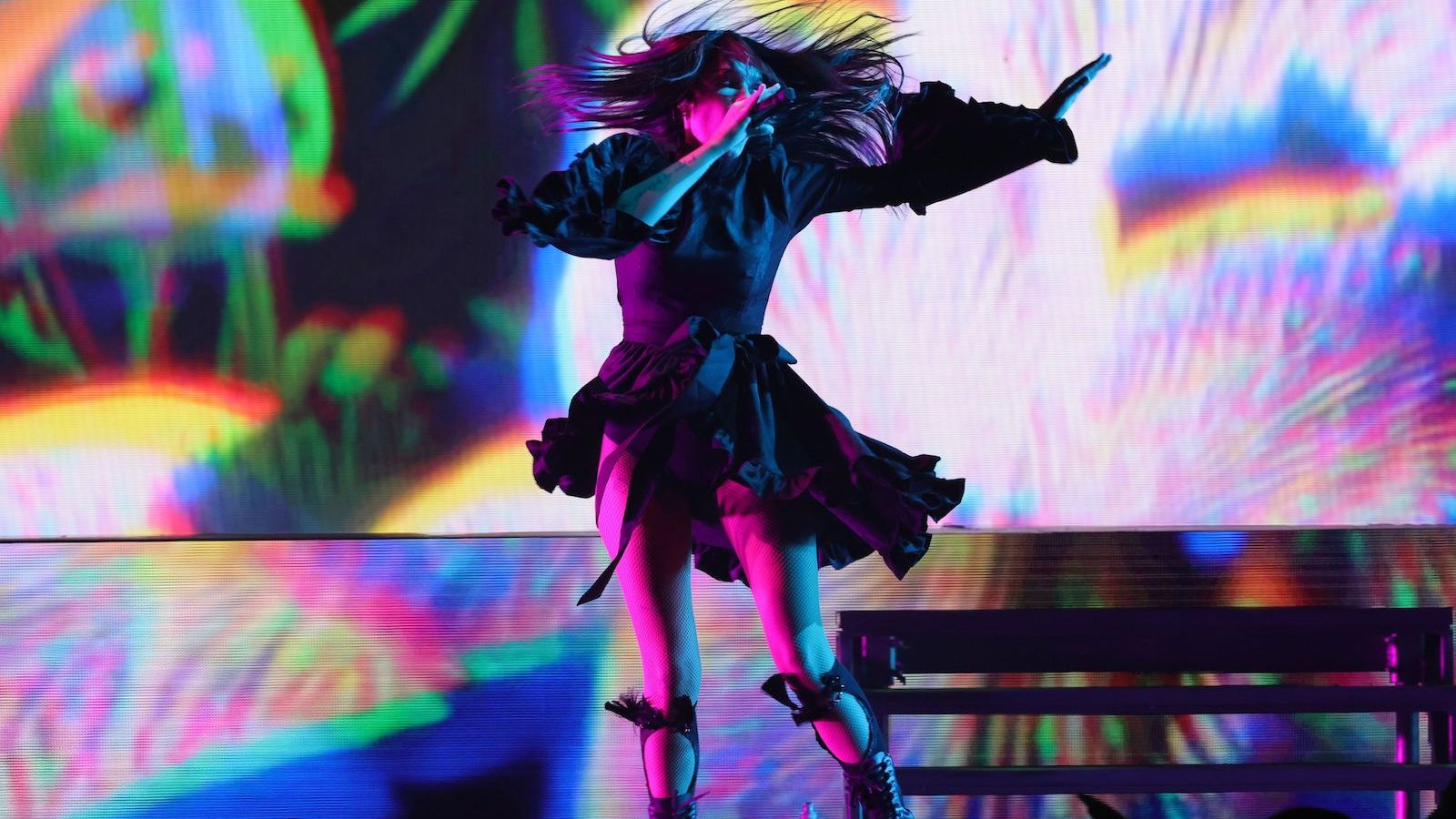 Kicking off festivities for the Super Bowl this week was musical artist Halsey, who took to the stage for the first time since giving birth.

Though the show-stopping performance marked their first live set in two years, the artist told the crowd they’ve been keeping incredibly busy during that time.

“I went out and had a whole a– baby,” Halsey told fans. “I dropped another album. I dropped a movie. I broke my foot, and I’m still jumping for you guys.”

After the set was completed, Halsey took to Twitter to assure the world that their injured foot was recovering with an ice pack, but other than that, they were still ready to rock.

One concert-goer was kind enough to make a thread of the visually stunning performance.

Another fan uploaded a clip of Halsey performing “Experiment on Me,” and as you can tell, it was an absolute powerhouse — and throat-rattling — performance.

The artist’s performance of “Easier than Lying,” which another Twitter user posted, looked absolutely breathtaking.

Machine Gun Kelly fans were also happy to see Halsey step onto the stage for the pair’s duet song, “Forget Me Too.”

Halsey lamented to the crowd how very long it’s been since they’ve been able to take the stage. “I’m so, so happy that we can all be together celebrating live music…I wasn’t sure when we would be able to do this again.”

They also told the crowd how “insane” they thought it was to have put out a fourth album this past summer.

“I wrote it when I was pregnant, which is f–king crazy. Can you believe a baby came out of here? Giving birth is the most beautiful thing I’ve ever done in my f–king life,” Halsey said.

Blake Shelton, Gwen Stefani, and country artists Mickey Guyton play the festival tonight before it closes out with more pop-punk and chaos Saturday night as Green Day and Miley Cyrus take the stage.