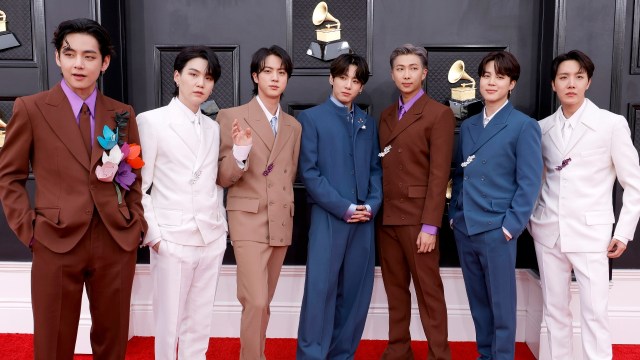 BTS fans gather ’round: if you’ve never experienced the hype of a BTS concert, this might be your chance.

Despite their announced hiatus from group activities, BTS doesn’t seem to slowing their roll, with various solo projects currently in the works. But if you thought that was all, think again! The K-pop group will be making a return to the stage on Oct. 15, in an event designed to help bring the 2030 World Expo to Busan, the hometown of members Jimin and Jungkook.

Shortly after being appointed as honorary ambassadors for this project, BTS announced that this upcoming concert would be free, and while the tickets for in-person attendance were quickly grabbed up by the most tenacious fans, no one will be left out. For those unable to attend the concert, the band will be livestreaming the event from start to finish globally, so the BTS ARMY won’t miss out on any of the fun.

How to watch the live stream

BTS has revealed the event will be live streamed via Weverse, a website the band often uses for interacting with fans live. In fact, after the COVID-19 pandemic, streaming their concerts on this platform has become quite common for BTS, as a way to keep performing even during the most difficult of times. Up until now, fans have always had to pay to access these live streams, but with a free concert taking place, those watching from home will also be granted the opportunity to watch the performance free of charge.

If you’d like to watch BTS perform live in Busan, all you need is a Weverse account, which you can set up for free by registering on the Weverse mobile app, or the website. After that, you’ll need to join the BTS Weverse community, and when the time comes, you’ll be able to watch the performance on your mobile devices, your computer, or through your smart TV app. To complete this process without any hiccups, we suggest setting up your account before the big day, so you’ll have enough time to get accustomed to the platform and will be able to navigate it like a pro when the time comes.

After everything is done, just make sure to tune in on Oct. 15. The concert is scheduled to start at 6pm KST, but you’ll probably want to access the stream a little earlier, just to make sure everything is working properly. Better safe than sorry.

As you can see, there’s no reason to miss out on this event, so get to it! We never know when a similar opportunity will present itself.