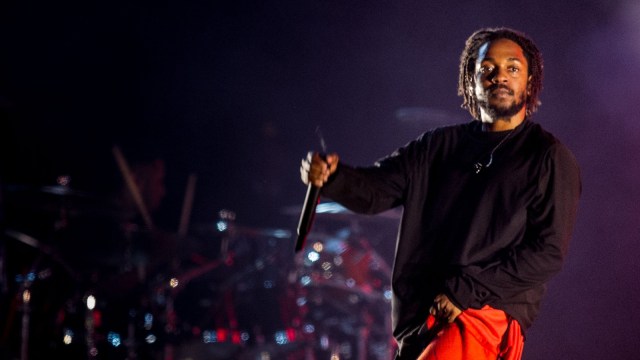 Rapper Kendrick Lamar has responded to a viral clip of a security guard who could be seen weeping during one of his concerts, saying, in part, that this is how he wants everyone to receive his music.

Lamar’s comments were given to child reporter Jazlyn “Jazzy” Guerra after his Rolling Loud Miami concert set Sunday, according to Chron.

The original clip, which has gained more than 11.5 million views since it was initially posted on TikTok Saturday, featured a man who appeared to be part of the security personnel crying as he sang along to Lamar’s track “Love” from the 2017 album Damn during the artist’s performance at the Houston Toyota Center in Texas as part of his The Big Steppers tour.

It appeared that the man, who Chron identified as Devyn Sanford, got particularly choked up at the line “I’m like an exit away,” making us wonder if he was thinking about some kind of love he had to be away from in order to work the show.

Sanford apparently identified himself in the comments of the clip and explained the song was meaningful to him. It didn’t sound like he would rather be anywhere else, since he said he loved his job for moments like this.

“That’s me in the post y’all… this song means EVERYTHING to me and I was feeling everybody around me emotions… definitely love getting paid to do this.”

Lamar later acknowledged the viral moment in an interview, specifically saying he wanted to give the individual a “shoutout.”

“I was like, ‘man, I wonder what he’s going through.’ At the end of the day that’s how you want everyone to receive your music, you know, make them feel good, make them feel like a moment they’re attached to can live forever.

Check out Lamar’s interview by Guerra on her Instagram page.