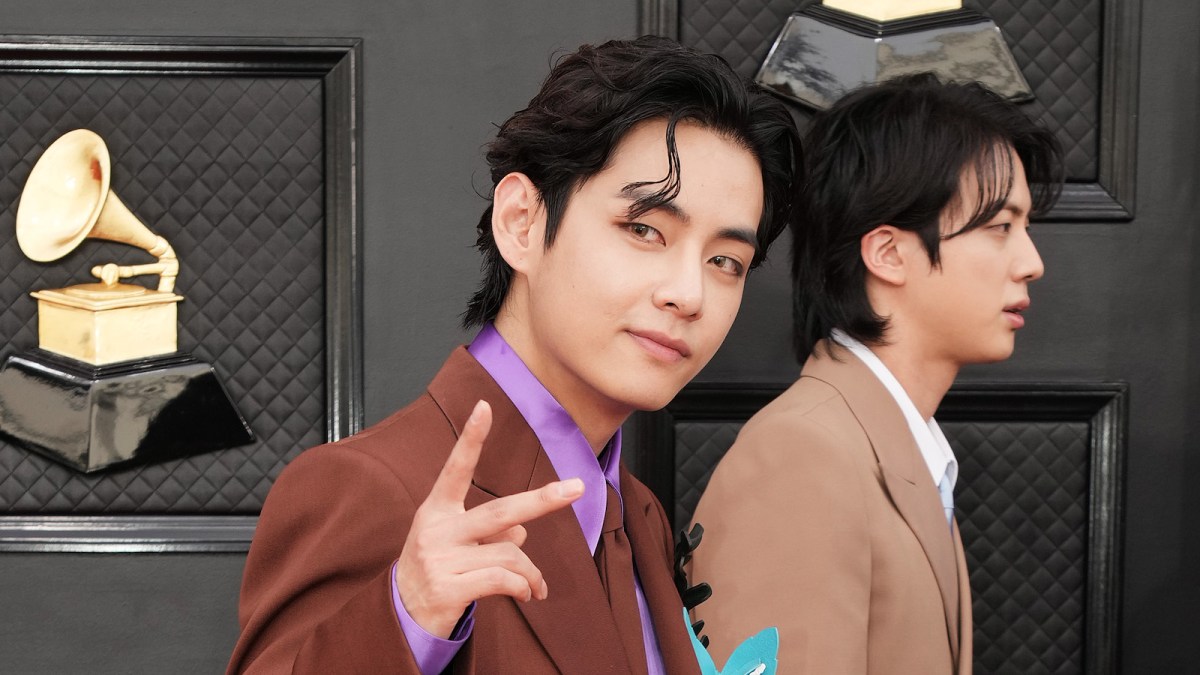 The week’s just starting and the K-Pop side of the world continues to be the gift that keeps on giving. With a relentless Monday overwhelmed with announcements, it’s only natural that Tuesday (or Wednesday!) follow through with this eventful week among all the upcoming holiday events and celebrations. This time, it appears that everyone’s favorite fourth-generation groups are tirelessly working to bring everyone a little joy just in time for Christmas and all its variations, but that’s not all.

K-Pop veterans (well, more or less) Monsta X are also teasing a little track list for their 12th mini album. MAMAMOO‘s Hwa Sa and Moon Byul are following through with all the comeback momentum as they keep promoting their solo work outside of the group. Of course, no day would be complete without BTS stealing hearts everywhere they go, so leave it to V to completely swoon fans even in Mexico, and for We Got This Covered to tell you all about it.

Everyone’s favorite up-and-coming girl group is getting ready for their comeback in 2023, and you can start writing it in your calendars as TWICE return with even more songs to get stuck in your head. On Dec.21 at midnight (KST), JYP Entertainment and TWICE finally released a teaser poster announcing the dates for their upcoming English single and mini-album. According to the poster, the pre-release is set for Jan. 2023, and keep your calendars free in March to fully get enthralled in their 12th mini-album.

As for the world of male groups, KQ Entertainment’s ATEEZ is also preparing a lil’ something up its sleeve. The 8-member group just dropped their tracklist for the upcoming mini-album SPIN-OFF: FROM THE WITNESS. The album is set to drop on Dec.30, and it will be comprised of the title song “Halazia,” and remixes of their past songs “WIN,” “I’m The One” and “Take Me Home.”

Also with an upcoming mini-album, is MONSTA X, who just revealed a teaser for their mini-album Reason with the extra drop of a tracklist. Their 12th mini album will feature the songs “Beautiful Liar”, “Daydream”, “Crescendo”, “Lone Ranger”, “Deny”, and “It’s Okay,” and you can hear all about it on Jan.9. TXT, on the other hand, has also released the teaser video for The Name Chapter: TEMPTATION, with an enigmatic and mysterious silhouette accompanied by a butterfly. TXT will be marking their comeback on Jan.27. Needless to say, 2023 is absolutely packed.

MAMAMOO, MAMAMOO! The girls are back and more powerful than ever, introducing an entirely new side as soloists. As Moonbyul keeps reintroducing herself as the most credited female idol, the singer and rapper is ceaselessly working on her individualism with her latest single album, to be released on Dec. 22. Just ahead of the release, the rapper from MAMAMOO will be holding a V Live stream, as announced by a teaser photo saying: “I remember spending this time last year too. Let’s be together for my birthday, 3 days before Christmas.”  The live event will occur on Dec. 21 at 8 pm, KST.

That’s not all from the MAMAMOO girls. Hwa Sa has also taken part in the most recent comebacks in the K-Pop world. The MAMAMOO vocalist revealed her softest side through a special holiday single music video for “Grey Christmas.” The seemingly homemade video shows Hwa Sa in cozy Homer Simpson pajama pants and a large grey sweater, perfectly embodying the title of her holiday single. MAMAMOO fans are definitely being gifted in the best possible way.

Everyone, behold! BTS’ V has graced everyone with his presence in Mexico, solidifying his role as one of the group’s visuals. Although some rumors had been flying here and there about the possible appearance by Kim Taehyung in the reality show Seojin’s, nothing was confirmed- until now. According to recent reports, V will be joining the reality show alongside his friends Choi Woo Shik and Park Seo Joon, with whom he also filmed In The Soop: Friendcation. Following the success of their cozy time in the woods, the three biggest stars in South Korea will be once again together on screen, much to our contentment.

The trio filmed the show overseas, all the way in Mexico. They will be working to operate a Korean restaurant overseas, and clearly, fans were more than excited to find V just casually strolling around their city. While they were fully respectful of the singer’s privacy, some fans came forward after the announcement, to reveal some details about when they came to face with the handsome baritone. “We couldn’t say ‘Hi’ to him, still he greeted all of us,” one fan said “I literally saw him mop up the water from the rain and he looked so beautiful.” Oh to meet V casually on the streets of Mexico.

That’s all we have for you today, K-Pop fans. As always, annyeonghi gaseyo (go peacefully), and until the next time.