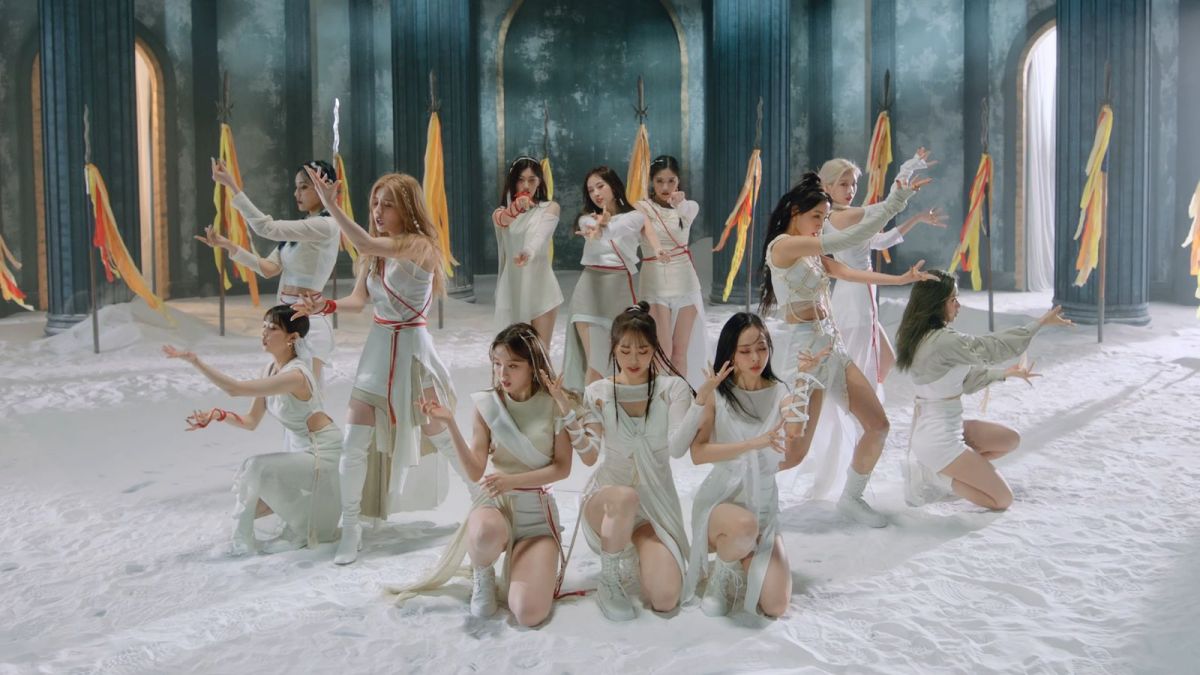 What better way to celebrate a good end of the week other than with some juicy and exciting news from the K-Pop realm? The announcements and revelations never stop broadcasting in an industry as densely packed as the world of South Korean pop music. With thousands of active groups currently putting out music, it is only expected that every single band is ceaselessly working on their repertoire as we speak. Whichever the format may be, or even by interviews engaging the fans in the artists’ personal life, one thing is sure: K-Pop always delivers.

This week ended on a few positive notes for IVE and STAYC fans alike, while LOONA’s bittersweet comeback to the stage is proving to be more controversial than Blockberry Creative might have anticipated. Following the news surrounding former-member Chuu’s departure, the company has been facing backlash and boycotting from fans of the girl group. As for the male groups, GOT7‘s BamBam has opened up about military conscription in Thailand, reminiscing about his luck.

Here are all of the latest K-Pop scoops.

IVE announced their first fan concert, while LOONA, against all odds, will be holding their first concert in Tokyo

A year after their debut in the K-Pop industry, the girl group IVE has officially announced their very first fan concert to be held in South Korea. Although the first clue came from an ambiguous announcement teaser, a new poster has confirmed fan speculations: IVE is holding their first fan concert entitled “The Prom Queens!”

The exact dates have not yet been disclosed, but the poster contains open slots, leaving even more speculation to be imminently happening among fans who wish to see IVE at the prime of their career.

LOONA is also making waves with concert announcements. The BlockBerry Creative group is still under fire amidst all the chaos surrounding Chuu’s removal, and the alleged nine contract termination requests. Regardless of the members’ wishes, the label still announced the group’s upcoming Tokyo concert at the Tachikawa Stage Garden on March 3. The concert will be a part of the LOONATHEWORLD world tour series, where they previously cruised around North America and Europe. That being said, fans are still threatening to boycott the concert and urging Japanese fans to avoid purchasing the tickets, in an attempt to free the members from the company.

PUBG and STAYC join hands in a historical collab, making this the second K-POP girl group to work with the popular game

STAYC fiercely marks its dent in the gaming stratosphere following the teaser released by the popular mobile game, PUBG. In the 15 second-clip, the Krafton Game Union’s video game featured everyone’s favorite girls from HIGHUP Entertainment, each striking a pose, perfectly embodying the aura emitted from the battle royale shooter. This marks the girls’ first collaboration with a video game, especially one as popular as PUBG.

Prior to this impressive feat, the only girl group to have collaborated with Krafton was none other than Blackpink. Back in 2021, the video game company announced their collaboration with the four-member girl group, which offered an assembly of goodies for fans of the K-Pop group. The items available included bundles of Lisa, Rosé, Jennie, and Jisoo, with all of them containing gun skins and many other cosmetic items with the iconic colors that represent the group. Only time will tell if STAYC will include the same package as their senior YG Entertainment industry colleagues.

GOT7’s BamBam opens up about his mandatory military service

Every K-Pop fan dreads the ever-lingering imminent moment in their favorite Korean idol’s lives: The need to complete their mandatory conscription. While many fans probably expected GOT7’s BamBam to be completely free from mandatory military service due to the singer’s Thai nationality, that hasn’t exactly been the case. The rapper from the popular ABYSS Company group was invited as a special guest on the PSICK Show, where BamBam expanded on this mandatory military service prior to joining GOT6 —which would become GOT7 with his presence.

The Thai rapper had a much different experience than his South Korean counterparts, considering that in Thailand, conscription works somewhat differently. While there is a mandatory service for men at 21 years old, all the contestants are chosen through a conscription lottery contest where they pick a ball telling their future. BamBam, however, admitted he actually never had to pick a ball at all.

When the required number of volunteers has already reached the desired amount, everyone else who is supposed to stay in the lottery is no longer required by law to participate in the conscription — and that’s exactly what happened to BamBam. The singer actually admitted being beyond happy about this call, but also shared he was actually looking forward to participating in the military service in order to aid his family with money.

There you have it, K-Pop fans. As always, annyeonghi gaseyo (go peacefully), and until the next time.