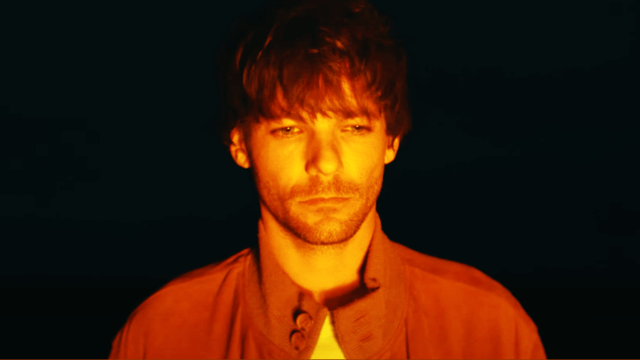 Louis Tomlinson recently released his second album, Faith in the Future, and announced a 2023 World Tour in support of his sophomore studio effort. The announcement is coming off the success of singles “Bigger Than Me” and “Out Of My System,” which the artist released earlier this year. In addition to his tour announcement, Tomlinson dropped a new single, “Silver Tongues,” to drum up anticipation for his new album.

Tomlinson took to Twitter Thursday to announce his Faith in the Future tour dates. Here’s where you can buy tickets, how much they’ll cost, and where the “Bigger Than Me” singer will be performing on tour.

Tickets to Louis Tomlinson’s Faith in the Future World Tour went on sale Nov. 11 at 10am. Fans of Tomlinson can purchase tickets through his website or directly through Ticketmaster, with tickets starting as low as $29.50 and going as high as $460 each.

Tomlinson created the new album with his live shows in mind. In a tour announcement on Instagram, the artist wrote, “I had this tour in mind with every song we wrote on the new album. Looking forward to playing the new stuff live.” He expressed a similar sentiment in an interview with SiriusXM about the new album, saying, “I just know it’s gonna be a load of fun to play live, and this whole album was written with the tour in mind.” In the same interview, he spoke about the process of finding an opener for the tour, noting that it will be a few months before one is announced.

The North American leg of the Faith in the Future tour will begin on May 6, 2023 in Uncasville, Connecticut, and will conclude July 29, 2023 in New York, New York.

The North American dates are as follows:

Tomlinson announced the U.K. and Europe dates on Oct. 14. This half of the Faith in the Future tour will run from Aug. 29, 2023 in Hamburg, Germany until a final show on Nov. 18, 2023 in Birmingham, United Kingdom. In addition to the listed tour dates, Tomlinson will perform at a few smaller venues to celebrate his album’s release before the official tour begins. The “Silver Tongues” singer will also be signing his album in select stores in New York and London but will be rescheduling his in-store appearances after breaking his arm in a fall after a New York show.

The UK and Europe dates are as follows:

Tickets for Tomlinson’s Faith in the Future World Tour are on sale as of Friday, Nov. 11. If you’re planning on going to one of the tour stops, make sure to check your local venue’s availability as some dates are already beginning to sell out.

Faith in the Future is available on music streaming services now.