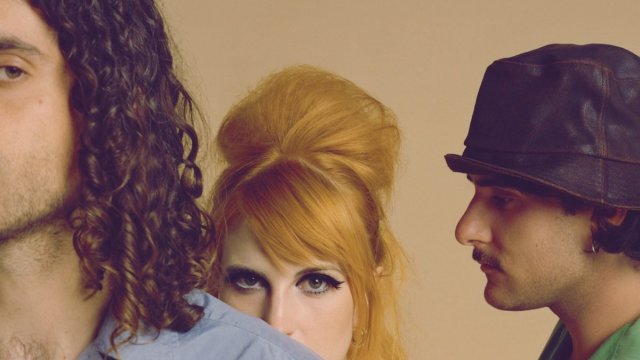 Photo by Zachary Gray/Fueled by Ramen

In 2017, Paramore released After Laughter, a record that departed from their usual alternative rock and pop punk sound, drawing inspiration from ’80s new wave, synthpop, and alternative dance. Despite the album’s bright instrumentation, the tracks explored themes of depression and anxiety, a consistent topic in the band’s songwriting. The Nashville-based trio of Zac Farro, Hayley Williams, and Taylor York have returned from their extensive break to come out with their first release in over five years.

The new single is titled “This Is Why” and recently debuted on BBC Radio 1’s Future Sounds with Clara Amfo. It continues the band’s exploration of different genres from After Laughter – this time branching out into post-punk revival. This may indicate that Paramore is heading back into a more guitar-centric sound, fitting in between their older pop-punk material and After Laughter’s synths and electronics.

A bass groove opens the song, soon followed by Williams’ sharp opening verse, before exploding into a chant-like, new wave chorus reminiscent of the Talking Heads’ “Burning Down the House”. “This is why I don’t leave the house/You say the coast is clear/But you won’t catch me out,” the band sings. “Oh, why?/This is why.”

Speaking of the song, Williams said, “It summarizes the plethora of ridiculous emotions, the rollercoaster of being alive in 2022, having survived even just the last 3 or 4 years.” She later added, “You’d think after a global pandemic of fucking biblical proportions and the impending doom of a dying planet, that humans would have found it deep within themselves to be kinder or more empathetic or something.”

The associated visuals open with shots of Malibu, California – the green grass, blue sky, and the interiors of a trailer house. Then, clips of the band performing are interspersed with shots of a director filming as well as Williams applying lipstick over her face. You can watch the new music video below.

What else is on the album?

On the band’s official website, Paramore teased the next two singles: “leave the house” on Oct. 2 and “tonight” on Nov. 3. The upcoming album features 10 new songs for fans to look forward to.

The band also released a 12-second clip of a song on their official TikTok page on Sept. 10. The song title is unknown, but you can give it a quick listen below.

When does the new album come out?

Paramore stated their new album, This is Why, would come out on Feb. 10 via Atlantic. The band also announced their upcoming tour, starting on Oct. 2 at Mechanics Bank Arena in Bakersfield, CA.