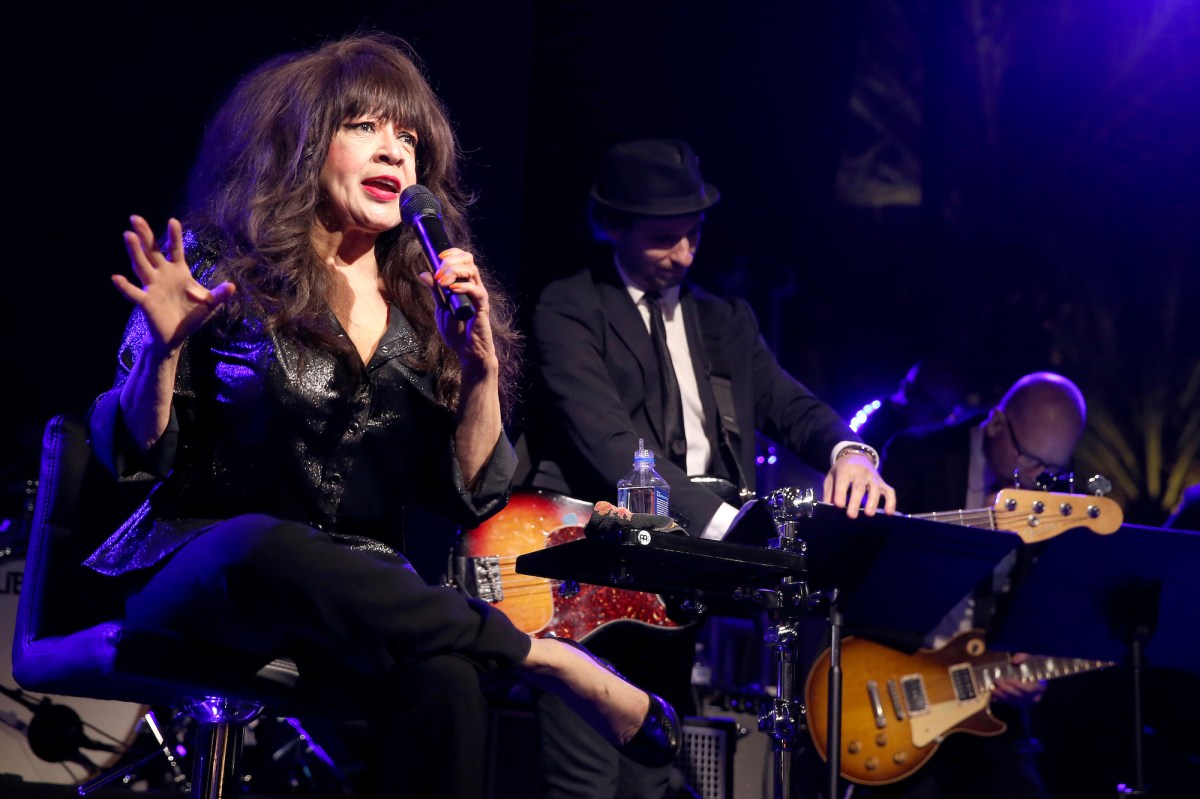 Veronica Greenfield, better known to the music world as Ronnie Spector, founder of The Ronettes, passed away at the age of 78. Her biggest hit, “Be My Baby,” ranked number 22 on Rolling Stones 500 Greatest Songs of All Time.

According to a statement from her family on her official website, the singer had been battling cancer during the last year. The statement reads, “Ronnie lived her life with a twinkle in her eye, a spunky attitude, a wicked sense of humor, and a smile on her face. She was filled with love and gratitude.”

Spector was born Veronica Barnett and grew up in Manhattan’s Washington Heights neighborhood. She began singing with her future Ronettes bandmates under the name Ronnie and the Relatives. In 1963, after releasing a string of unsuccessful tracks for Colpix Records, Ronnie’s co-member and elder sister, Estelle Bennett, procured an audition for producer Phil Spector, who would sign the to his own Phillies Records label.

Under Spector’s guidance, the Ronettes would score a string of hits throughout the early to mid-’60s, including their signature piece, “Be my Baby,” “Baby, I Love You,” “The Best Part of Breakin’ Up,” “Do I Love You?,” “Walking in the Rain,” “Born to Be Together,” and “Is This What I Get for Loving You?” By 1965 the group was third in popularity only to The Beatles and the Rolling Stones in the UK. Ronnie would befriend members of both bands when The Ronettes toured England. At the Ronettes’ induction into the Rock and Roll Hall of Fame, Stones’ guitarist Keith Richards recalled opening for the group. “They could sing all their way right through a wall of sound,” Richards said. “They didn’t need anything. They touched my heart right there and then and they touch it still.”

Ronnie credited the group’s willingness to capitalize on their sexuality as part of the recipe for their success. “We weren’t afraid to be hot. That was our gimmick,” Spector wrote in her memoir, Be My Baby: How I Survived Mascara, Miniskirts, and Madness, Or, My Life as a Fabulous Ronette. “When we saw The Shirelles walk on stage with their wide party dresses, we went in the opposite direction and squeezed our bodies into the tightest skirts we could find. Then we’d get out on stage and hike them up to show our legs even more.”

Ronnie would go on to marry Phil Spector after the Ronettes disbanded following their 1967 tour of West Germany. Her relationship with the infamously erratic producer, who was convicted of murder in 2009 and died in prison two years ago, was allegedly horrifically abusive. In her memoir, Ronnie recalls being kept prisoner in their Beverly Hills Mansion, frequently pulling guns on her and threatening to kill her if she didn’t give up custody of their children. She revealed to The Telegraph that Spector kept a gold coffin in the mansion and threatened to kill her and display her body in it if she ever left him.

In 1972 she did exactly that, fleeing the mansion barefoot. “I knew that if I didn’t leave, I was going to die there,” she told Vanity Fair. She later forfeited all her future publishing earnings in their divorce settlement after Spector threatened that he would hire a hitman to kill her otherwise, according to the Daily News.

After years of legal troubles and a bitter lawsuit with her fellow Ronettes, including her sister Estelle and her cousin, Nedra Talley, Ronnie’s career got a second wind in the 1980s following her appearance on Eddie Money’s 1986 number four Billboard hit, “Take Me Home Tonight” in which she intones the chorus from her signature hit “Be My Little Baby.” Spector would also appear in the accompanying music video and find a new generation of fans.

She would go on to release several more albums in the new century, including 2006’s Last of the Rock Stars, which featured appearances by her friend Keith Richards as well as Patti Smith, the Raconteurs, and Danish indie act The Raveonettes. Other albums of note were the 2010 Doo-Wop holiday EP, Ronnie Spector’s Best Christmas Ever, and her cover album of British invasion classics, English Heart.

“Nothing excites me more than just being on stage, having fun and flirting and winking to the guys and stuff like that I just have so much fun,” she told People in 1997. “It’s just the best feeling when I go out and they say, “Ladies and gentlemen…” —my heart stops for a minute—”…Ronnie Spector and the Ronettes!” Then I just go out there and the crowd reacts the way they react and I can go on singing forever.”

Superstar actress Zendaya is slated to portray the music star in a biopic based on her memoir.

Spector is survived by her husband and manager, Jonathan Greenfield, and their two sons, Austin Drew and Jason Charles, as well as her former bandmate and cousin, Nedra Talley.