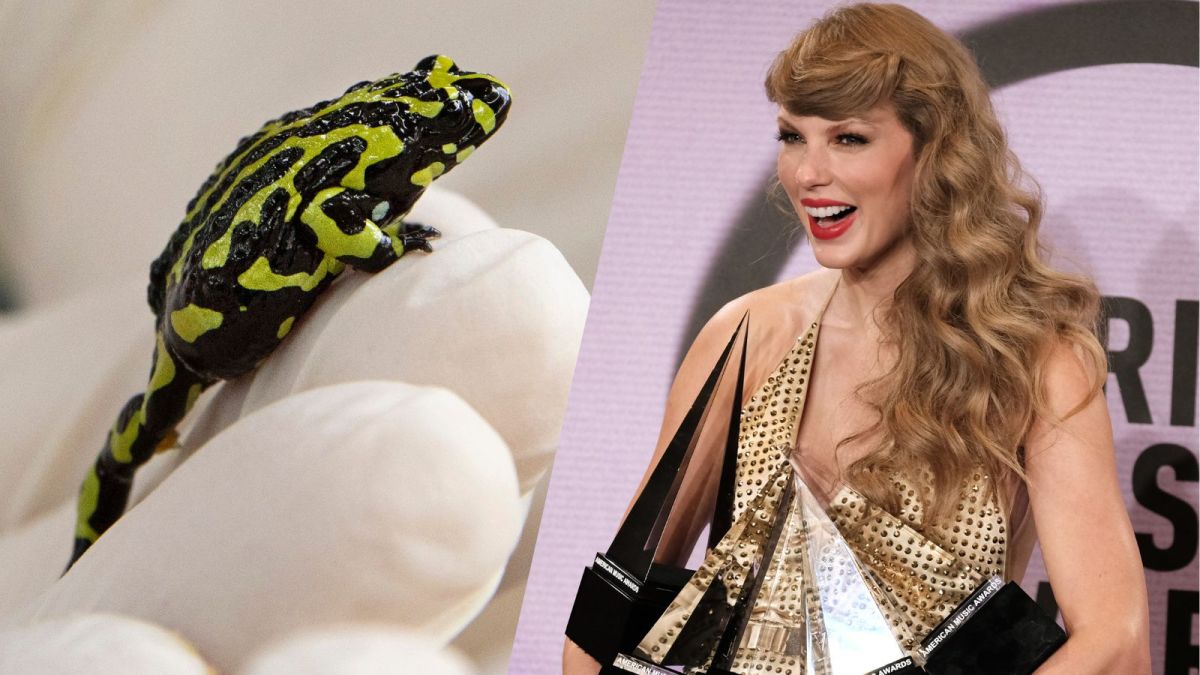 Since the release of Taylor Swift‘s Midnights, the only artist that could even come close to challenging her was Drake, who dominated most of the Billboard Hot 100’s top 10 upon the release of his latest album.

But now, another contender is here to challenge the acclaimed singer-songwriter. This time, they’re from Australia and we’ll be honest — it’s not who you would expect.

ABC Australia reports that an album based on frog noises will be fighting against Taylor Swift for the top spot in the Australian music charts — the ARIA Charts. Australian Frog Sounds: Songs of Disappearance is a music collaboration between the Australian Museum, FrogID, the Bowerbird Collective, Listening Earth, and Mervyn Street of Mangkaja Arts. This album will contain multiple frog calls collected by Australian researchers and citizen scientists, to help raise awareness of the declining frog population in the country.

Around 17,500 audio submissions were received from the public. Shockingly, only 16,300 of them were verified with the 96 species of frogs that live in the country, including the endangered and rare species. NME reports that all the profits from the album would go towards the national FrogID project, where everyday people can submit frog recordings for research purposes.

FrogID lead scientist Dr. Jodi Rowley told ABC Australia that she wants this album to topple Swift’s Midnights as it continues to dominate the ARIA Australian music charts as it has done for five weeks. Outside of ribbiting Swift into oblivion, she also wants to bring awareness about the declining animal population.

And if you think this goal is impossible, it isn’t. Last year, NME reported Australian Bird Calls: Songs of Disappearance, an album involving endangered birds, surpassed the likes of ABBA, Michael Bublé, and Mariah Carey on the charts during the Christmas season.

Australian Frog Sounds: Songs of Disappearance will contain 50 minutes worth of frog sounds and will be released on Dec 2, 2022.