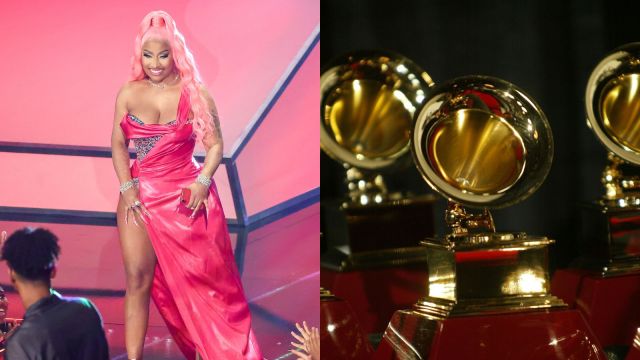 Nicki Minaj is currently embroiled in a controversy with the Recording Academy, with many completely confused as to how we’ve gotten to this point.

Minaj has been a huge name in the industry for over a decade, with her songs consistently hitting the Billboard charts and providing fuel for pop culture. Hits like “Anacadona”, “Starships”, and “Super Bass” have propelled her to a status where even your mostly ignorant mother would be aware of her.

So what has caused her current kerfuffle with the Recording Academy, and why is Latto currently involved with the controversy?

Minaj’s latest hit “Super Freaky Girl” was submitted to the Recording Academy for the Grammy Awards under all the rap award categories, but has found itself curiously shoved into the pop categories, despite the fact it is clearly a rap song. The song immediately took to the #1 spot on the Billboard charts, and has spent eight successive weeks on top of the rap charts.

The decision by the Recording Academy’s rap committee to move the song into the pop categories has not gone down well with Minaj, who vented her frustrations on social media. “Super Freaky Girl” follows in a common trend of artists sampling older songs and putting their raps and singing over the top. The song samples Rick James’ 80s funk classic “Super Freak”, which itself was nominated for a Grammy in 1983.

Minaj took to Twitter to share how she feels, and made a comparison to Latto’s “Big Energy”, which so far remains in all of the rap categories it was submitted under.

Latto’s text messages to Minaj were then leaked by Minaj, with the “Anaconda” singer attempting to prove even Latto disagreed with the movement. It utterly backfired, with Latto calling Minaj out for being “malicious” in sharing the messages and attempting to start a feud.

The feud has gotten to the point of Latto pointing out Minaj is old enough to be her mother, which, okay, is probably true. They’re continuing to throw barbs at each other as of time of writing, with no clear end in sight.

The Grammys are set to announce their nominees for the 2023 ceremony on Nov. 15, before the ceremony is conducted Feb. 5, 2023.