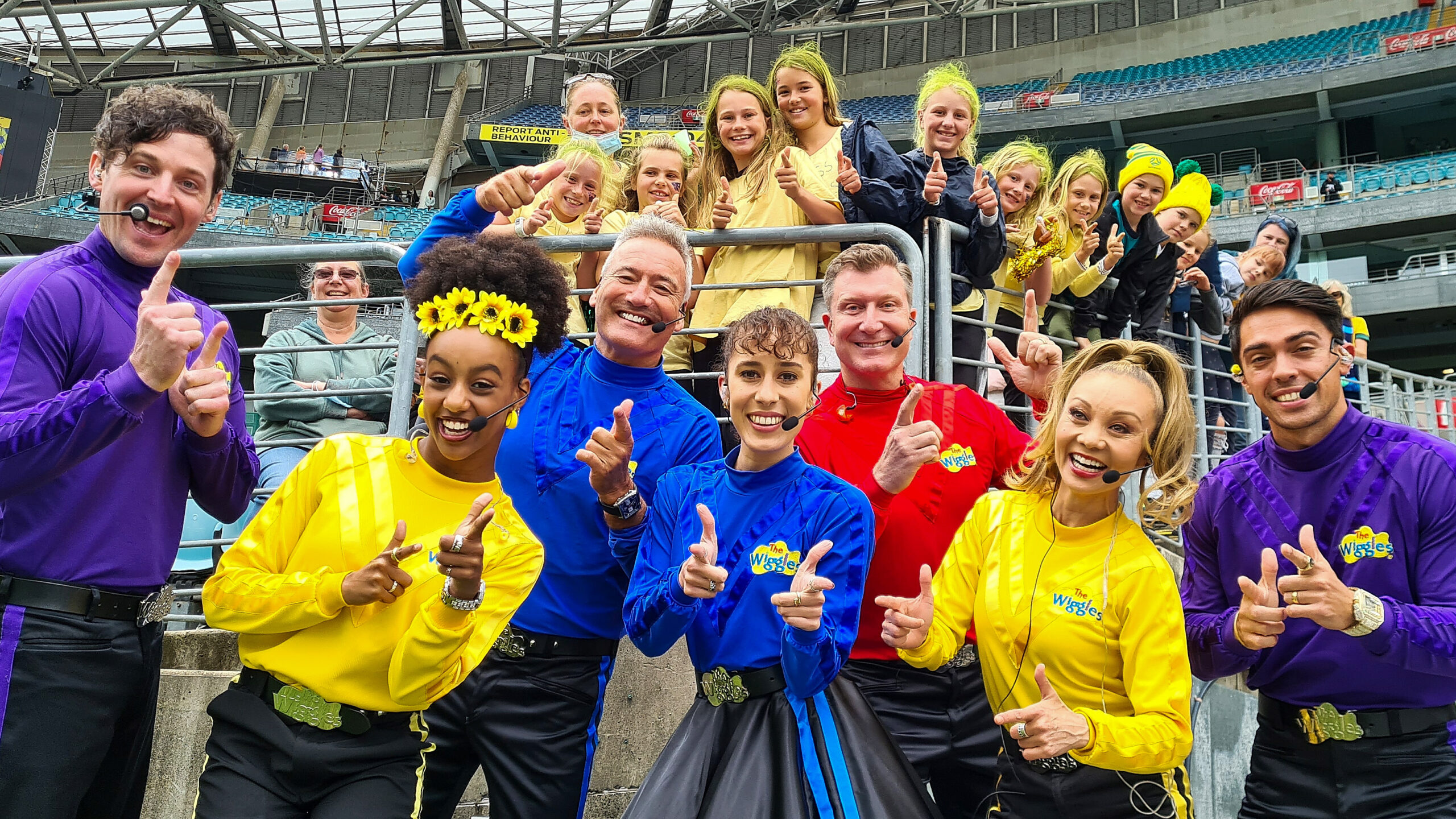 SYDNEY, AUSTRALIA - NOVEMBER 27: The Wiggles pose with the crowd as they prepare to perform before game one of the series International Friendly series between the Australia Matildas and the United States of America Women's National Team at Stadium Australia on November 27, 2021 in Sydney, Australia. (Photo by Mark Kolbe/Getty Images)

Australian children’s band, The Wiggles, have released their latest album, entitled ReWiggled, featuring a 2-disc compilation of covers, both from other artists, and by the band itself.

The band first announced the album back in December 2021, after the success of their cover of Tame Impala’s Elephant, which first aired live on Australian radio Triple J, featuring past and current group members. The band later announced it woukd release more covers as a group, and have other artists create their renditions of Wiggles‘ songs.

ReWiggled comes in two parts. Disk 1 are Wiggles songs reimagined, performed by Australian artists such as 2016 Eurovision star Dami Im, Custard, and The Melbourne Ska Orchestra. Disk 2 will feature The Wiggles themselves, performing songs from Rhianna, Queen, and AC/DC.

Here is the official tracklist:

Before the album’s release, The Wiggles released an ‘EP version’ of the same name in 2021, featuring five songs that were later added to the album. The original four members of The Wiggles are currently on their OG Wiggles tour around Australia, which opened in Darwin on Feb 12, 2022, and will finish in Adelaide on May 27, 2022. No plans for an international tour have been announced.

ReWiggled is now available for purchase and streaming on music platforms.