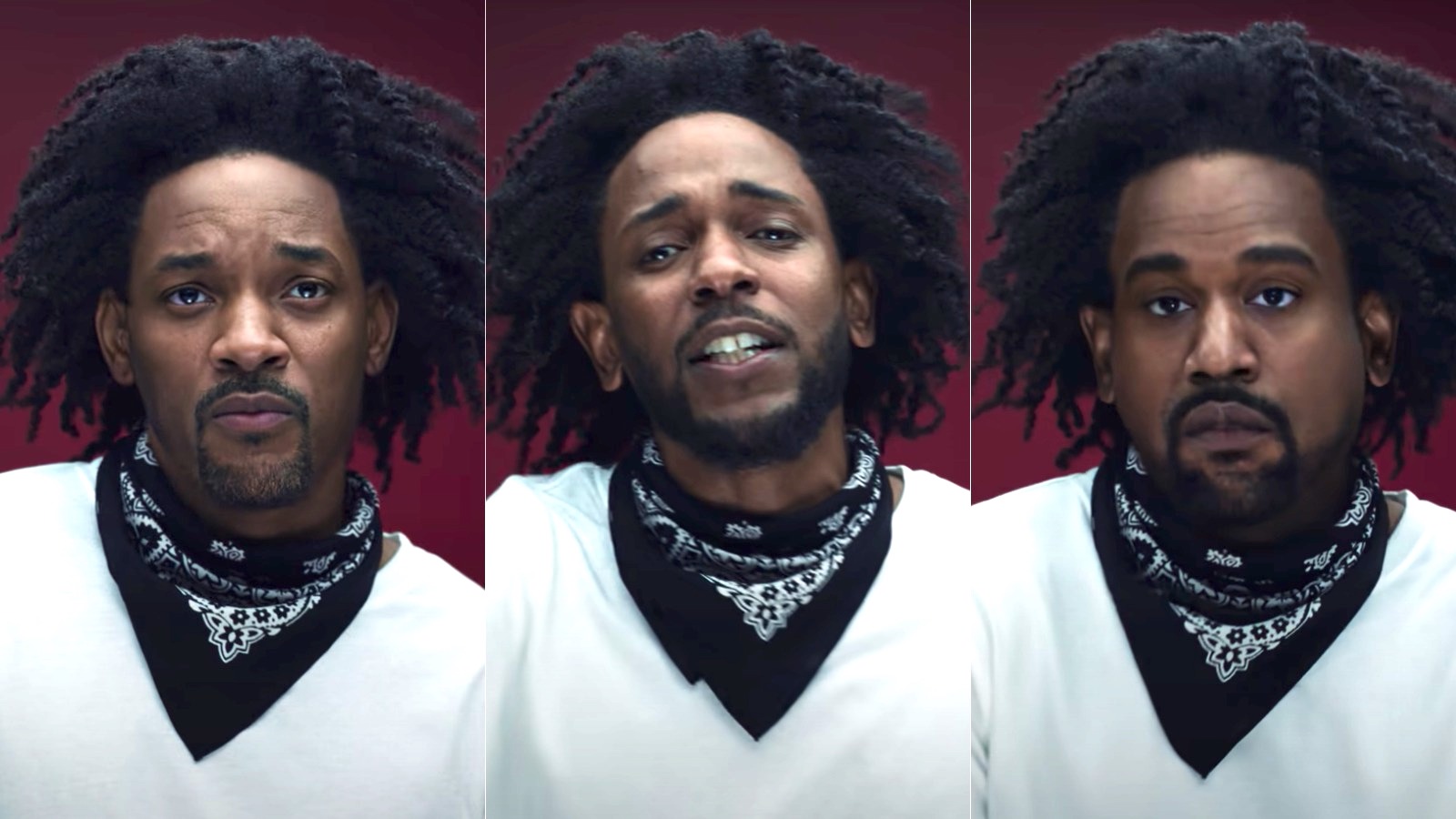 Kendrick Lamar has been mostly quiet for almost half a decade, but now the legendary rapper has marked his return with new single “The Heart Part 5”, and the video features… some surprising cameos.

“The Heart Part 5” is the first taste fans have gotten from Lamar’s forthcoming album Mr. Morale & The Big Steppers, due out May 13. The video, directed by the rapper alongside Dave Free, features Lamar performing in front of a crimson backdrop. Seems simple enough, right?

That is until the song carries on, and Lamar’s face suddenly morphs into various celebrities who have been embroiled in varying degrees of controversy. From those damned by public opinion like Kanye West and Will Smith to some that are literally incarcerated like Jussie Smollett and O.J. Simpson, the deepfakes change so gradually that it almost requires a double-take.

Mr. Morale & The Big Steppers is Lamar’s first album since his Pulitzer Prize-winning 2017 effort DAMN., with “The Heart Part 5” marking his first single as the lead artist since the collection of songs he made to accompany Black Panther.

Little is known about the album thus far, with Lamar keeping his cards close to his chest, but we do know that it will be his final effort with longtime record label Top Dawg Entertainment. In a statement released last year, Lamar opened up on what working with the label has meant to him.

“As I produce my final TDE album, I feel joy to have been a part of such a cultural imprint after 17 years. The Struggles. The Success. And most importantly, the Brotherhood. May the Most High continue to use Top Dawg as a vessel for candid creators. As I continue to pursue my life’s calling. There’s beauty in completion. And always faith in the unknown.