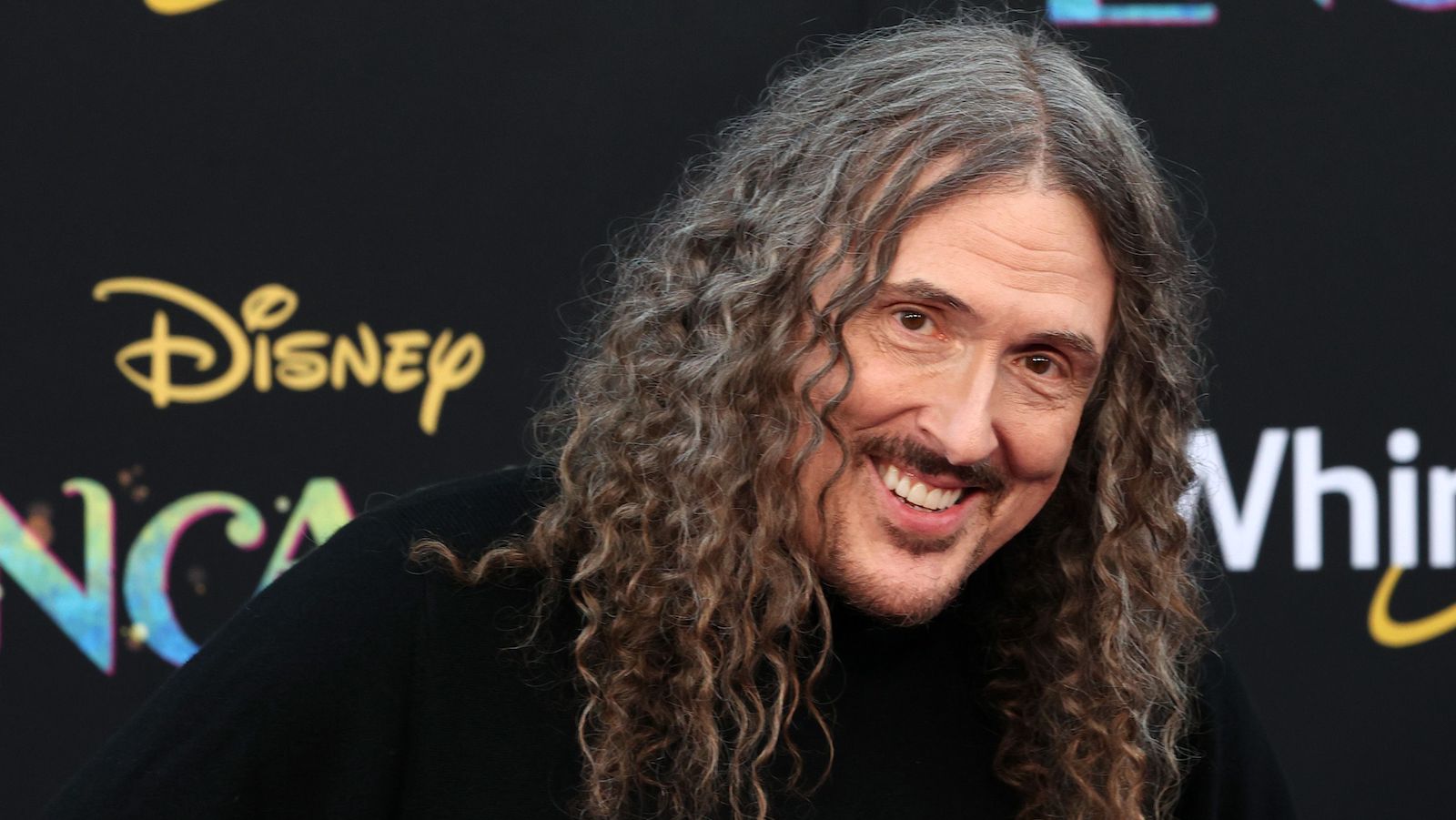 “Weird Al” Yankovic is most famous for his parody songs that take other artists’ tracks and give them a hilarious twist, like turning Coolio’s “Gangsta’s Paradise” into the hilarious “Amish Paradise” or taking Michael Jackson’s legendary song “Beat It” and turning it into “Eat It,” an ode to snacks and junk food.

Don’t assume that Al is a one-trick pony, however. Alongside these parodies, Al has written loads of original tunes. In fact, many of his albums contain as many original songs as they do parodies, and these originals are just as good, if not better, than his parody output.

If you’re looking to dig into Al’s originals, here are the 10 tracks you have to listen to.

10. “The Biggest Ball of Twine in Minnesota”

First released on UHF – Original Motion Picture Soundtrack and Other Stuff in 1989, this song is inspired by folk-rock singer Harry Chapin’s “30,000 Pounds of Bananas” with a dash of Gordon Lightfoot mixed in for good measure. The six-minute track tells the story of an odd family and their vacation to see the titular Biggest Ball of Twine in Minnesota. The song features some hilarious and memorable lines that recall classic vacation comedy road trip movies. This is made better when you learn that all the places listed, including Elvis-A-Rama, the Boll Weevil Monument, and the titular twine ball, are genuine locations. In fact, several of the listed establishments are legendary roadside attractions found all across the USA.

One of the most amazing things about “Weird Al” Yankovic is how he can move into new genres without missing a beat. Over his long career, he’s turned his hand to everything from pop to polka. Even still, very few people expected him to pull off a pitch-perfect re-creation of Rage Against The Machine, but “I’ll Sue Ya” shows that Al is full of surprises. First released on 2006’s Straight Outta Lynwood, the song is a tribute to frivolous lawsuits. This phenomenon was a frequent news story when the song was released and several of these weird lawsuits hit the headlines due to their perceived oddness. The song lists several companies and explains why Al plans to sue them, including PetCo for having kitty litter that tastes bad and Coca-Cola for having bottles you can get your finger stuck in. Most hilariously, Al says he plans to sue Delta Airlines because they “sold me a ticket to New Jersey. I went there, and it sucked.”

First released on 2009’s Internet Leaks EP, but later released on 2011’s Alpocalypse, “Skipper Dan” is a hilariously depressing song that imitates Weezer and other popular alt-pop acts. The song tells the story of a promising actor who had dreams of high-brow stardom. They imagined they would be working with Tarantino, appearing on the cover of Rolling Stone, and winning awards at Sundance and Cannes. Alas, this dream slipped through their fingers, and now they’re stuck as a tour guide on Disney’s famous “Jungle Cruise” ride. The song even works in some of the tour guide’s dialogue from the actual ride. “Skipper Dan” is both very depressing and very catchy. In fact, if you ignore the lyrics, you’ll likely mistake it for a cheery song. However, even when you listen to the lyrics, you’ll find yourself humming the chorus for weeks, as it’s just that catchy.

With a guitar line that recalls early period R.E.M., “Frank’s 2000″ TV” comes from Weird Al’s 1993 album Alapalooza. The song tells the story of Frank, a man who has brought a 2000-inch television, much to his neighbor’s delight. The song is amazingly catchy and features some hilarious one-liners, including: “Robert DeNiro’s mole has got to be ten feet wide” and “Now I can watch The Simpsons from thirty blocks away.” “Frank’s 2000″ TV” is only made funnier by the fact that it hasn’t aged at all. Stupidly large TVs are still a regular fixture on tech blogs and celebrity house tours; however, no one has made a 2000 inch TV yet. Hopefully, if a company does create such a thing, they’ll ask Weird Al to test it out.

Sounding like a lost Bruce Springsteen track, “Midnight Star” was first released on “Weird Al” Yankovic in 3-D in 1984. The song’s lyrics consist of seemingly absurd headlines from the fictional Midnight Star newspaper, a tabloid that is only found in supermarket checkout lines, but many of the headlines used in the song are actually authentic headlines from tabloid newspapers. The line “Enquiring minds like mine wanna know” is a reference to this, as “Inquiring minds want to know” was actually the tagline of the National Enquirer, an infamous tabloid famous for its wacky and often factually incorrect headlines.

Weird Al is never afraid to give himself a challenge, no matter how impossible it may seem on paper. Found on 2003’s Poodle Hat album, the song is obviously a parody of Bob Dylan, with Al perfectly imitating the legendary singer’s nasal voice. If you listen closely to the lyrics, you’ll realize that something about them is off. At first, you might presume lines like “I, man, am Regal, a German am I,” and “Go hang a salami, I’m a lasagna hog” are pure nonsense. However, if you look closely, you’ll realize that all the lyrics are palindromes, words and phrases that are spelled the same forwards and backwards! The video for this song is also excellent, seeing Al recreate the legendary promotional video for D. A. Pennebaker’s film Don’t Look Back, which saw Bob Dylan standing in an alleyway, holding cue cards with the song’s lyrics on them.

Written in 1986 and first released on the album Polka Party!, this song was made because Al’s label, Scotti Brothers Records, asked him to record a Christmas album. This song emulates the style of Phil Spector’s Christmas compilation album A Christmas Gift for You from Phil Spector, including imitating the producer’s famous Wall Of Sound production techniques. While the instrumental track is traditionally Christmassy, the lyrics are anything but festive. They talk about surviving a nuclear apocalypse, including the now legendary line, “What a crazy fluke we’re gonna get nuked / On this jolly holiday.” The song’s morbid humor has cemented the track as an alternative Christmas classic.

From 2003’s Poodle Hat, this song is one of Weird Al’s catchiest originals. While some of his other songs feature high concept or utterly absurd lyrics, “Hardware Store” is an amazingly grounded track about a guy waiting to get into a new hardware store. “Hardware Store” is the definition of an earworm, as the song’s excellent beat, fun harmonies, and use of hardware and power tool sound effects will cause it to stick in your head for weeks after you finish listening to it. The highlight of the song has to be the segment where Al lists hardware store items at an incredible speed, something that is very impressive when seen performed live.

2. “Your Horoscope for Today”

“Your Horoscope for Today” sees Al emulate third-wave ska and bands like Reel Big Fish. First released on 1999’s Running with Scissors, the song lists various comedic horoscopes from the surreal to the dark. Basically, a series of one-liners put to a catchy ska beat, the song’s immensely quotable horoscopes like “You will never find true happiness. What you gonna do, cry about it?” and “Take down all those naked pictures of Ernest Borgnine you’ve got hanging in your den” will stick in your head for years to come.

“Dare to Be Stupid” is one of the most famous Weird Al songs of all time, and it’s easy to see why. Coming from 1985’s Dare to Be Stupid album, the song has been re-released several times over the years. Emulating the rock-stylings of Devo, the song is a love letter to embracing your inner stupidity. Mixing pure nonsense with pop-culture references, the song asks listeners to do the opposite of common idioms, including letting “your babies grow up to be cowboys.”

Featuring some highly memorable lyrics and a wonderfully catchy beat, you will struggle to get “Dare to Be Stupid” out of your head once you’ve listened to it. The song enshrined itself as a cult classic when it appeared in Transformers: The Movie as the theme for the Junkions, a group of robots who live on a planet of trash. The Junkions fill their speech with pop-culture references they’ve picked up from old TV broadcasts and the scene is considered one of the best and weirdest from the infamous movie. Aside from the song, it also features a robot voiced by legendary Monty Python member Eric Idle and some of the weirdest animated dancing ever put to film.