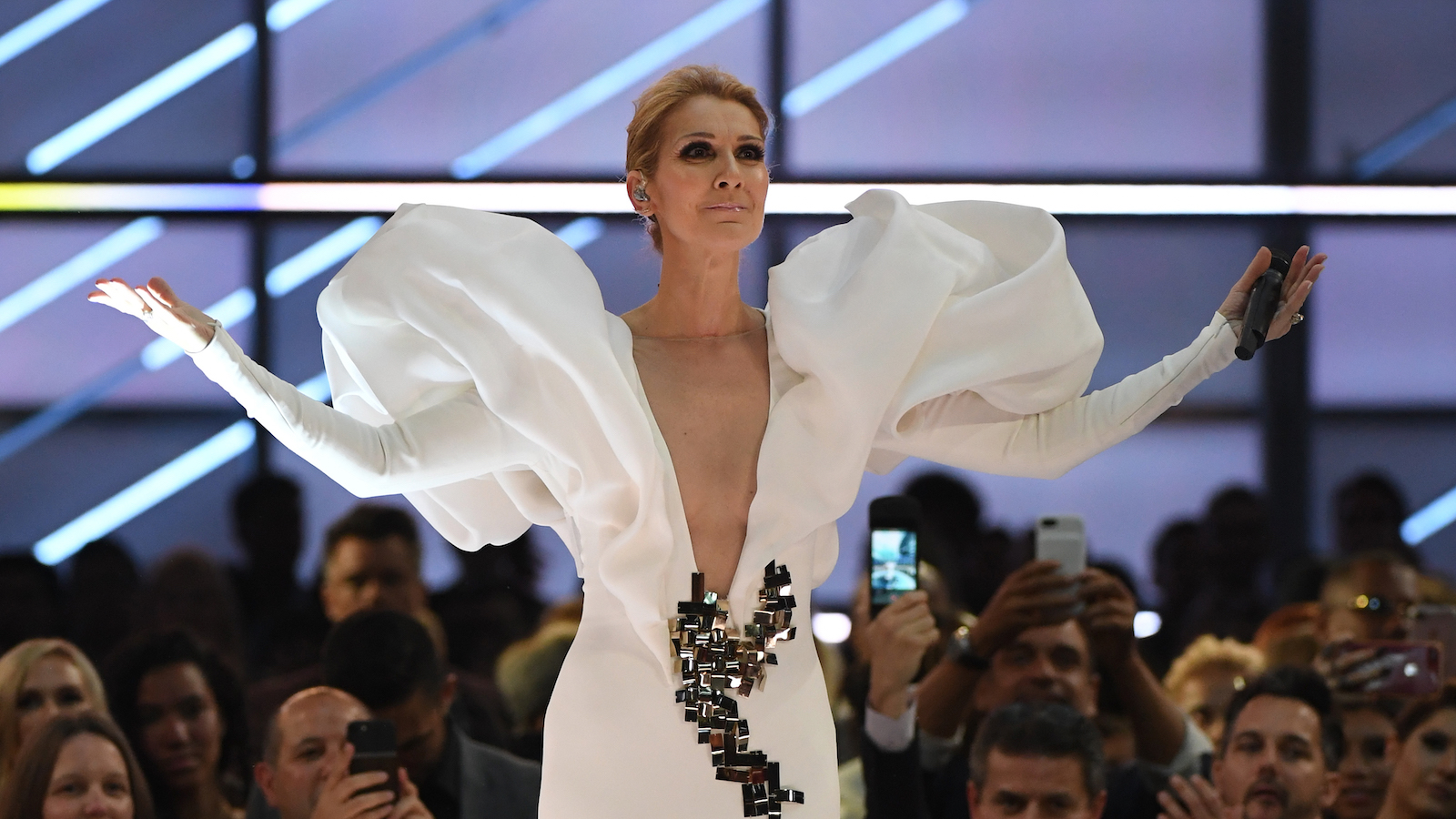 Celine Dion is a music and pop-culture legend. The Canadian singer has received both widespread and critical acclaim for her vast catalog of work. Over her long and illustrious career, the star has won five Grammy Awards. She’s also the sixth all-time best-performing female soloist in Billboard 200 history, and Billboard named her the Queen of Adult Contemporary.

What is the Celine Dion Challenge?

The Celine Dion Challenge sees people mime to Celine Dion’s hit song “It’s All Coming Back To Me Now” while trying to make the performance as dramatic as possible. This can include everything from donning a fancy robe to extensive choreographed dance routines.

“It’s All Coming Back To Me Now” was a massive hit for Celine Dion. Legendary songwriter Jim Steinman penned the power ballad. First recorded by the band Pandora’s Box, Dion would record a version in 1996. This version of the song was included on her fourth English-language studio album, Falling into You. The song was released as a single, and it became a top ten hit in America, Europe, and Australia.

Where Did The Celine Dion Challenge Start?

Like many popular internet trends, no one is exactly sure where the Celine Dion challenge started. However, many people point to a very unexpected source, the NFL.

In 2020 ESPN ran a series of commercials promoting the return of the NFL season. Using the hashtag of ReadyForFootball, the video saw members of the Seattle Seahawks, including Russell Wilson, DK Metcalf, the Griffin Twins, and several celebrities lip-synching to the famous track, playing up the song’s dramatic nature.

It is unknown how this transformed into the trend we know today. But, it wouldn’t be the first time a viral sensation has blossomed from an older video.

What Are The Best Celine Dion Challenge Videos?

Part of the challenge’s brilliance is how easy and versatile it is. This means that anyone can use whatever they have to hand to create their video, leading to lots of variety.

Many, like nnapples, get their friends to help them with their performance. For example, in their video, nnapples is carried into the shot by two friends before using an amazingly smooth cut to transition into a very fitting outfit.

Others like queencitytrends take it further, using a garage door to epically reveal them singing into a whisk while wearing a striking red dress. This is only made more epic as queencitytrends uses a leaf blower to get the authentic flowing-hair look.

Which Celebrities Are Doing The Celine Dion Challenge?

Many celebrities have also gotten in on the action, making their own videos based on the trend. This includes singer Jordin Sparks who posted a video captioned “HOLD UP. This is a karaoke trend I can hop on! Adore you, @Celine Dion!”

Sparks’ version sees her cut the audio clip off at the end, allowing her to show off her singing ability by performing a note-perfect rendition of the famous chorus.

However, one of the most impressive versions of the trend came from fellow Canadian Michael Bublé, who put a sporting twist on the fad. His video starts with the singer standing in front of an ice hockey goal, holding a hockey stick.

As the song’s chorus begins, Bublé throws the stick away and grabs a replica of the legendary Stanley Cup. This cup is awarded to the team that wins the NHL playoffs every year, making it one of the most prestigious trophies in hockey. Confetti starts to rain from the sky as a man appears behind Bublé waving a Canadian flag.

Bublé captioned the video: “Finally had the time to put in the effort that this trend deserves. I love you @celinedion.” Celine responded to this by sharing the video on her Instagram story with the caption: