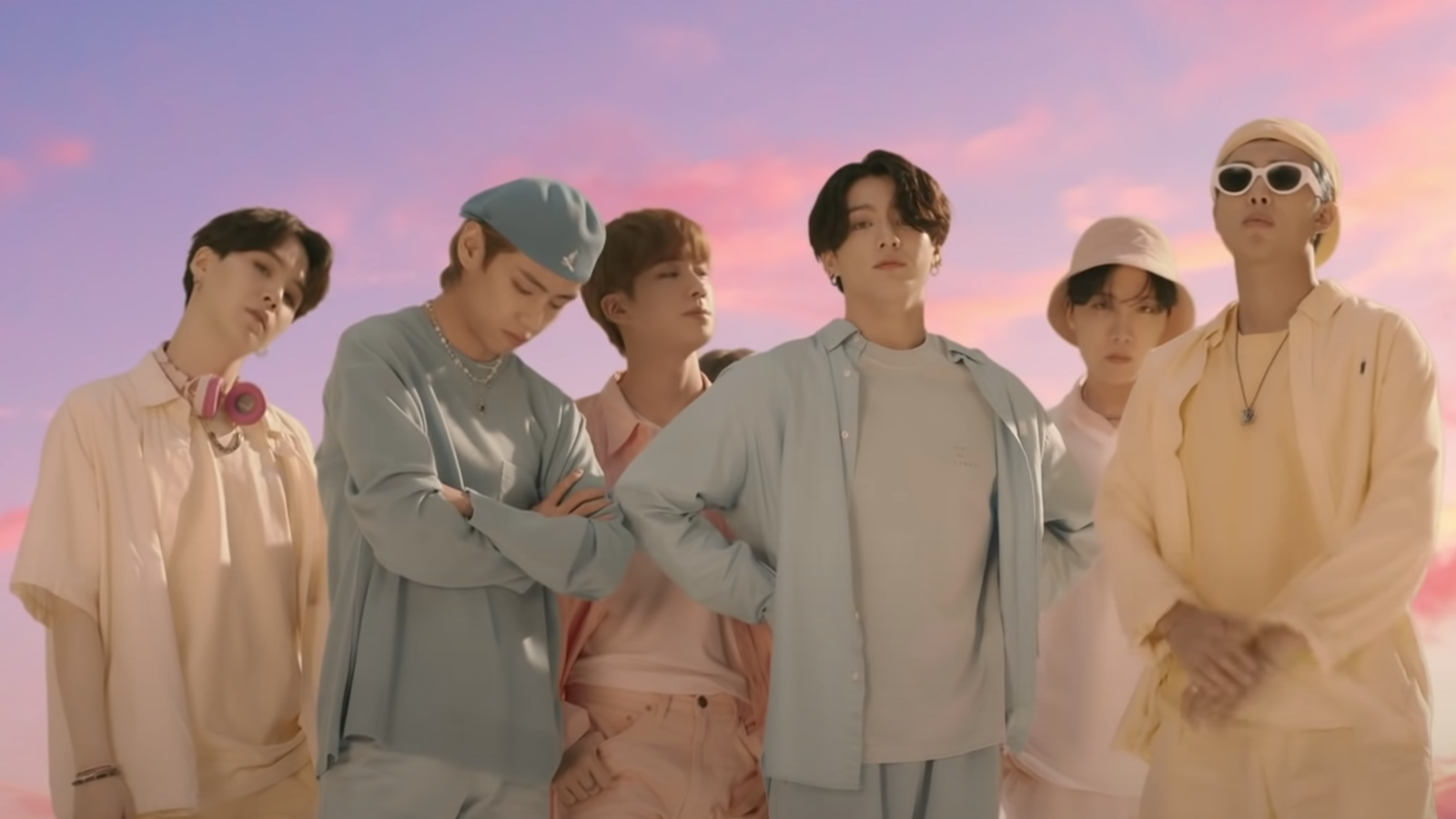 If you’re a fan of BTS, then you already know how popular the all-boy K-Pop group is. They continue to break ground in American music by shattering records and plowing through ceilings. In 2022 they became the first K-Pop group to ever perform at the Grammy Awards; their single “Dynamite” has over a billion and a half streams on Spotify and YouTube; and their crystal-clear pop beats and addictive melodies make it almost impossible not to get out of your seat and dance.

In this day and age, a group as popular as BTS needs a social media presence, if only to keep their fans up to date about singles, music videos, and tour dates. Of course, BTS does more than just keep their fans in the know – on platforms like TikTok they also offer fun behind-the-scenes clips and dance challenges.

From official accounts to individual accounts, BTS has no shortage of social media presence. Below we’ve broken down their various accounts and how you can follow both their official pages and personal accounts.

When it comes to BTS’ Twitter accounts, there are two: the first is the official Twitter account via Big Hit Music where fans can receive up-to-date news on press releases, tour dates, promotional schedules, and more.

For fans who appreciate the quirkiness of the BTS boys, there is a second Twitter account for personalized Tweets from individual members of the group.

BTS uses their TikTok a tad less frequently than Instagram and Twitter, but some valuable and fun content has come from it, like behind-the-scenes clips and dance tutorials. Their smooth moves are on full display here, highlighting just how talented they are.

In this day and age, every artist needs a YouTube account, otherwise how are they to get their music videos to the public? There are two accounts fans can follow. The first is HYBE LABELS, which is the “content hub for BIGHIT MUSIC, BELIFT LAB, SOURCE MUSIC, PLEDIS Entertainment, KOZ ENTERTAINMENT and more.” Here you will find not only music videos and teaser trailers for BTS, but all the other artists HYBE LABELS covers.

The South Korean app, V Live is here for any and all BTS fans who love to see the boys just hang out and be themselves. This live-streaming service is not where you’ll find music videos or teaser trailers, or even live performances, but instead where you’ll get to see BTS just turn the camera on, grab some dinner, and chat. This is the must-have app for those in the BTS Army who have personally fallen in love with specific group members.

U.S. fans might not be as familiar with this social media platform, but BTS frequently uses this South Korean-based app to interact with their fans. Whereas Instagram, Twitter, TikTok, and YouTube are primarily used to update fans on news, music videos, etc, Weverse does all that and also serves as a place for the K-Pop group to personally interact with their BTS Army. Any fan of BTS should definitely check this one out.

Last but not least — well, sort of — is Facebook. BTS has the least amount of followers on this platform mainly because they don’t use it nearly as frequently as the others. However, it’s still a great resource for fans who do use Facebook, as you will be updated with tour dates, music videos, major live performances, and press releases. Plus, there’s no harm in spicing up your Facebook feed with some K-Pop fun.