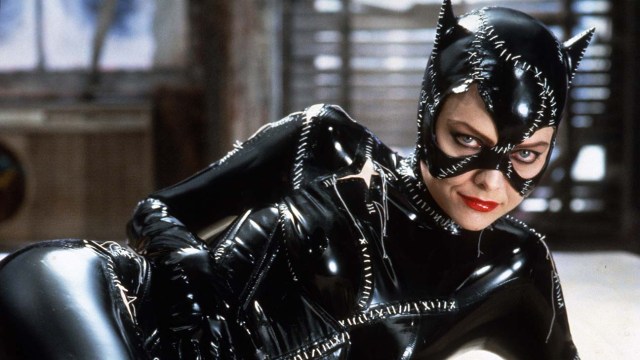 Few actresses are more electric on screen than Michelle Pfeiffer. For four decades now, Pfeiffer has played everything from a variety of love interests to a secretary obsessed with cats, and in each of those roles, she’s consistently proven herself to be a rare talent. Few actors have carved out careers that are as wonderful and diverse as the one Pfeiffer has put together, but even in that great career, these performances rose to the top.

One of Pfeiffer’s earliest central performances, Scarface is all about Al Pacino’s towering central performance as Tony Montana, but while Pfeiffer could have phoned in the female object role she plays here, she doesn’t even for a moment. Pfeiffer’s Elvira is beautiful, but she also struggles with drug addiction and infertility, and those additional character elements give Pfeiffer plenty of room to play different elements of her character. Scarface was an indication of the career Pfeiffer would eventually have.

Pfeiffer has played a handful of somewhat villainous roles over the course of her career, but she has never been more overtly terrible than in Hairspray, where she plays the racist and sizeist manager of station WYZT. Pfeiffer is great in the role, and really seems to relish the opportunity to play someone so deeply unlikeable. She may be just as beautiful as Pfeiffer always is, but here, that natural beauty almost seems to be a weapon that the film wields against the movie’s other characters.

Al Pacino and Michelle Pfeiffer were romantic partners on several occasions, but their relationship was never more sincere than in Frankie and Johnny. Pacino stars as Johnny, a low-level criminal who finds himself intoxicated by Pfeiffer’s Frankie, a waitress. The movie is romantic, but haltingly so; Johnny may find himself head over heels, but Frankie isn’t so sure, and the movie ends on a note of relative ambiguity. Even so, Pacino and Pfeiffer have great chemistry, and Franke and Johnny is precisely the kind of swooning romance that rarely gets made today.

A movie that, on its surface, may seem to resemble The Age of Innocence, but Dangerous Liaisons is acid-tipped and cynical where The Age of Innocence is achingly sincere. Pfeiffer’s role here is once again to be the love interest, but Dangerous Liaisons is all about plots and counterplots, and it eventually becomes clear that Pfeiffer’s Tourvel is smarter than those around her believe her to be. She’s also, as is always the case, remarkably appealing, and it’s that conversation that ultimately makes her one of the more dangerous characters in the film.

6. The Witches of Eastwick

The kind of mad-cap movie that could only come from George Miller, Pfeiffer stars in this film as one of three close friends living in a small town who find themselves in a relationship with the actual devil. The movie takes a number of strange turns from there, but Pfeiffer’s performance perfectly compliments those of Cher, Susan Sarandon and Jack Nicholson, who all fit their parts perfectly. In a cast this stacked, Pfeiffer doesn’t exactly stand out, but she doesn’t disappear either. She’s just one piece in a great ensemble, and that’s more than enough.

Michelle Pfeiffer is often cast as the romantic lead and with good reason. She’s one of the most appealing movie stars of this or any generation. In The Fabulous Baker Boys, she’s cast as the singer who the titular musical brothers bring on to spice up their act. What makes the movie work, though, is the way Pfeiffer’s Susie never seems to have any malicious intentions. She’s a fundamentally righteous character, and while she’s also incredibly seductive, it’s not as if she’s trying to ruin the relationship between the brothers that she comes between.

4. Married to the Mob

Perhaps one of the funniest movies Pfeiffer has ever appeared in, Married to the Mob follows her character, Angela, as she leaves New York City with her young son after her mobster husband is murdered for having an affair with the mob boss. When Angela attempts to leave the mob in the rearview mirror, she finds that it’s not that easy to leave that life behind. Married to the Mob is wonderfully chaotic, but thanks to Jonathan Demme’s direction, it remains firmly grounded in Angela’s experience, and Pfeiffer is more than up to the task.

Pfeiffer is not even close to the central figure in mother!, but she’s crucial to the sense of chaos that eventually comes to consume the film. Pfeiffer shows up at the house where all of the film’s action takes place, and she becomes a deeply malicious presence without ever saying anything all that menacing. Jennifer Lawrence’s central figure is a picture of innocence, and Pfeiffer’s intruder is exactly the opposite. She’s experienced and cynical, and she’s one of the movie’s first hints that people aren’t always as pleasant as they seem.

2. The Age of Innocence

Martin Scorsese only cast Michelle Pfeiffer in one of his projects, but he did so perfectly. In one of the director’s most underappreciated films, Pfeiffer plays Ellen Olenska, the ultimate object of desire for Daniel Day-Lewis’s Newland Archer. The Age of Innocence is desperately romantic, and Pfeiffer is the ideal romantic foil. She’s obviously gorgeous, but more than that, she turns Ellen into a deeply tragic and human figure. Pfeiffer likely should have won an Oscar for her work, but actors never win Oscars when they deserve them.

This movie is not, ostensibly, about Catwoman. And yet, Michelle Pfeiffer’s performance in the role is so startlingly great that every actress who has taken on the role since has paled in comparison. It helps, of course, that Batman Returns is one of Tim Burton’s more chaotic movies. If you ever doubt the greatness of Pfeiffer’s performance, though, all you need to remember is that Pfeiffer held a bird in her mouth so that she could release it on camera. The entire performance is that wonderfully unhinged, and it’s her best work.