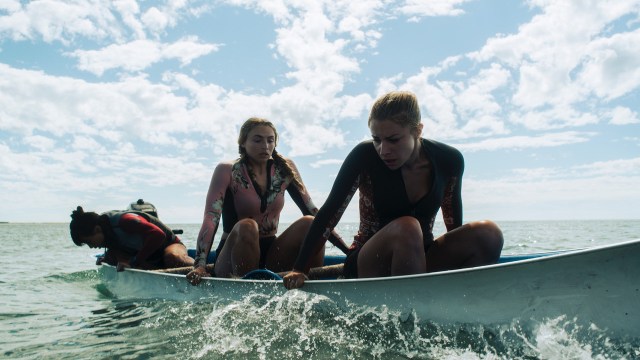 One of the most sought-after aspects of the colossal horror/thriller juxtaposed genre is the demand for creature feature films that involve some of the most gruesome disasters — and much of that clamor is for movies with a shark attack-centric plot. And, after 2010’s The Reef terrified eagle-eyed viewers and shark attack enthusiasts, a follow-up sequel looked to recreate the allure of its predecessor with The Reef: Stalked.

Despite its release just a little over two months ago, creature feature stans ceased to find endearing qualities about the underwhelming sequel at the time. However, like with any other sub-genre, the movie conjured up a strong cult following. With that being said, its Rotten Tomatoes score certainly attempted to assist with that general likability, considering the thriller currently stands with a 68% score and even managed to entertain several no-nonsense critics.

Directed by Andrew Traucki, this sea creature tale revolves around a scorned woman who, after witnessing her sister’s brutal death, escapes to a tropical resort for a little rest and relaxation with a few buddies. Unbeknownst to the group, their vacation away from responsibilities and grief soon turns sour when the group encounter a vengeful shark that’s stalking them.

And while this category of thriller might appear as though it’s becoming tiring, The Reef: Stalked is enjoying an oceanic adventure on the streaming charts. As per FlixPatrol, Amazon Prime subscribers decided to spend their weekends adhering to the creature feature’s pillars of entertainment — even if that means watching a great white shark take a few bites out of its victims.