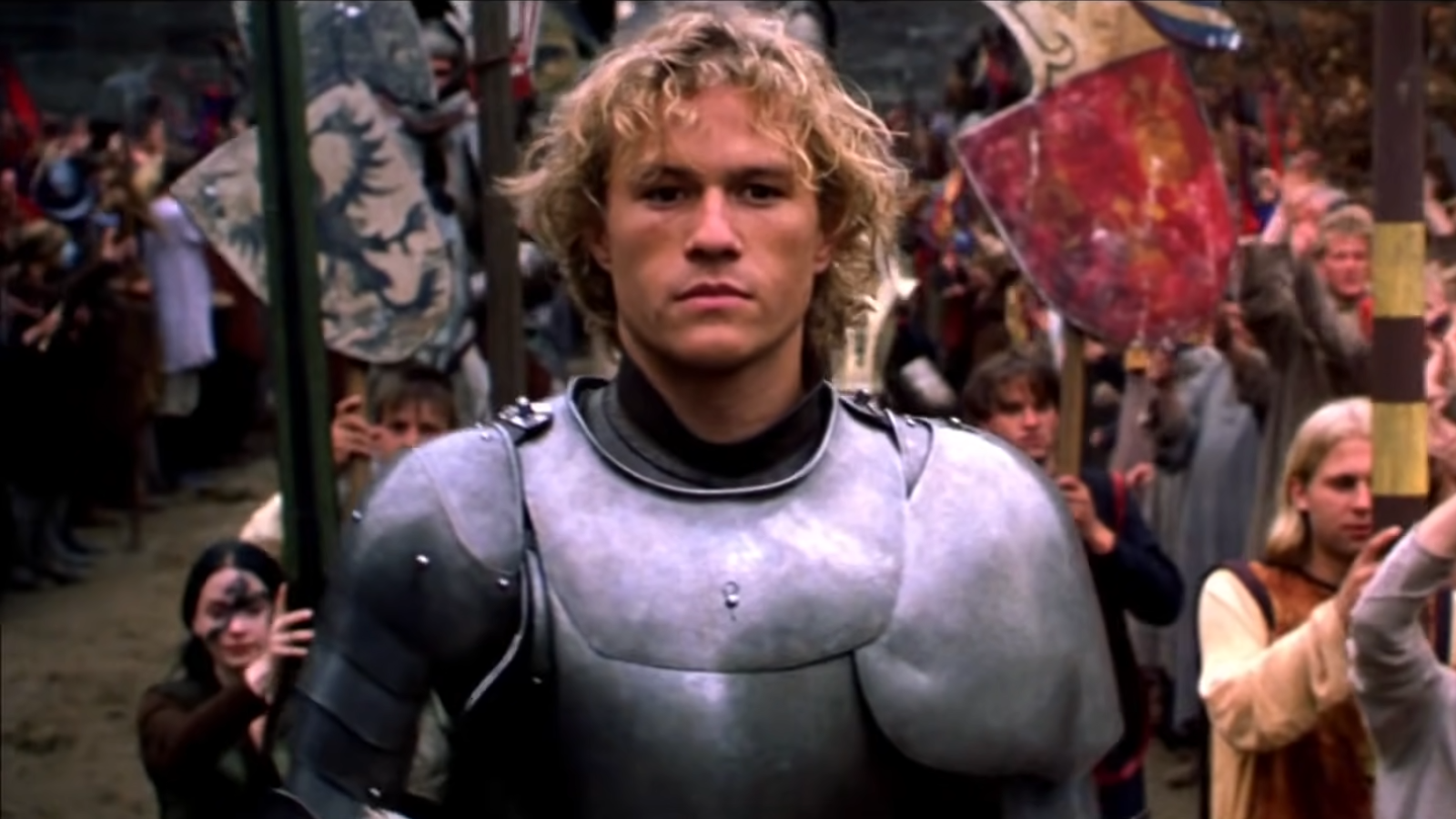 Years before winning an Academy Award posthumously for The Dark Knight, Heath Ledger starred in some much-loved films, and now his medieval classic A Knight’s Tale has thrown the gauntlet down on its streaming rivals.

Released in 2001, just a few years after Ledger broke onto the movie scene with the all-time classic 10 Things I Hate About You as heartthrob Patrick Verona, he starred in the Sony adaptation of Geoffrey Chancer’s 700 year old story The Knight’s Tale. Directed by Brian Helgeland, the medieval flick is one of the most-viewed movies on HBO Max, sitting at #4.

Following Ledger as peasant knight William Thatcher competing in jousting tournaments, while beating his foes, attaining admiration, and most importantly: making fierce rivals. The film prides itself on adding just a tad of modern day flair to the tale set in the 1300s.

William Thatcher, a peasant, is sent to apprentice with a Knight named Hector as a young boy. Urged by his father to change his Stars

The cast also includes fellow big names such as the “absolutely everywhere” man that is Alan Tudyk, the Marvel Cinematic Universe’s Vision in Paul Bettany, and Breaking Bad alum Laura Fraser. Before they were all famous in massive movies, they all starred alongside arguably Australia’s greatest actor of all-time.

The film has several scenes set to “modern” music, with needle drops coming by the way of Queen’s “We Will Rock You”, a thick slice of Thin Lizzy’s “The Boys Are Back In Town”, and of course, “We Are The Champions” by Queen.

A Knight’s Tale is available to stream on HBO Max.