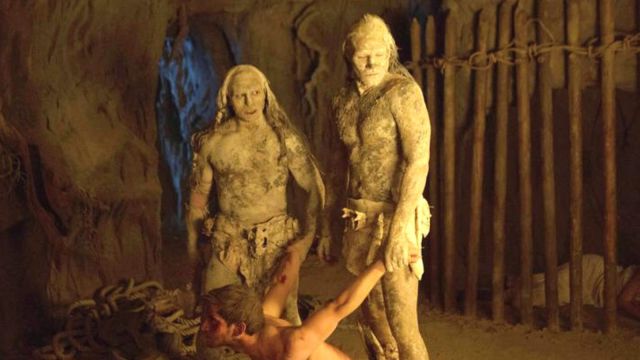 There’s an age-old debate over when a movie goes from thriller to outright horror, and what exact elements make something horror. Stephen King said there’s three types of horror, gross-out, and terror.

Where do cannibals in the American frontier days fit in, though? Because the debate was swirled around 2015’s Bone Tomahawk. The directorial debut of S. Craig Zahler, it got astonishing praise for its shocking violence and descent into madness but it remains a sore topic on if it really fits into the horror genre.

It does star Kurt Russell though, so surely it’s got a bit of a horror vein to be drawn from.

Over 130 minutes long, if Bone Tomahawk truly is a horror movie it definitely goes against the rule of 100 hundred minutes or less oft held in the genre. Does just 10 percent of screen time being truly horrific really allow for something to be classified as a horror movie? Would this same logic mean Spider-Man 2’s surgery scene with Doc-Ock makes it a horror movie?

Straddling the line between genres is incredibly difficult in an internet age, with anything which could be horror being marketed as such. The journey of discovery in Bone Tomahawk is why it’s so effective when it all goes south and the cannibals make their dinner. Similarities can be made with Don’t Breathe, which on the surface is a home invasion thriller, but leans into horror throughout, including one of the most sickening reveals ever.

Anything set several hundred years ago also feels very liable to seem horrific to modern sensibilities, it’s something played upon incredibly well in The Witch, another movie that wasn’t exactly what you’d expect, despite the title. Modern horror has a bit too much of a fascination with modern-day settings when setting something far back allows it to feel far more real.

The sight of a Michael Myers-like killer in the 1700s would probably feel far more terrifying because even as an audience member you’d think he was some sort of demon. Listen here, Hollywood: give me a horror film set in the 1200s.

Bone Tomahawk is available to rent on Amazon Prime video.