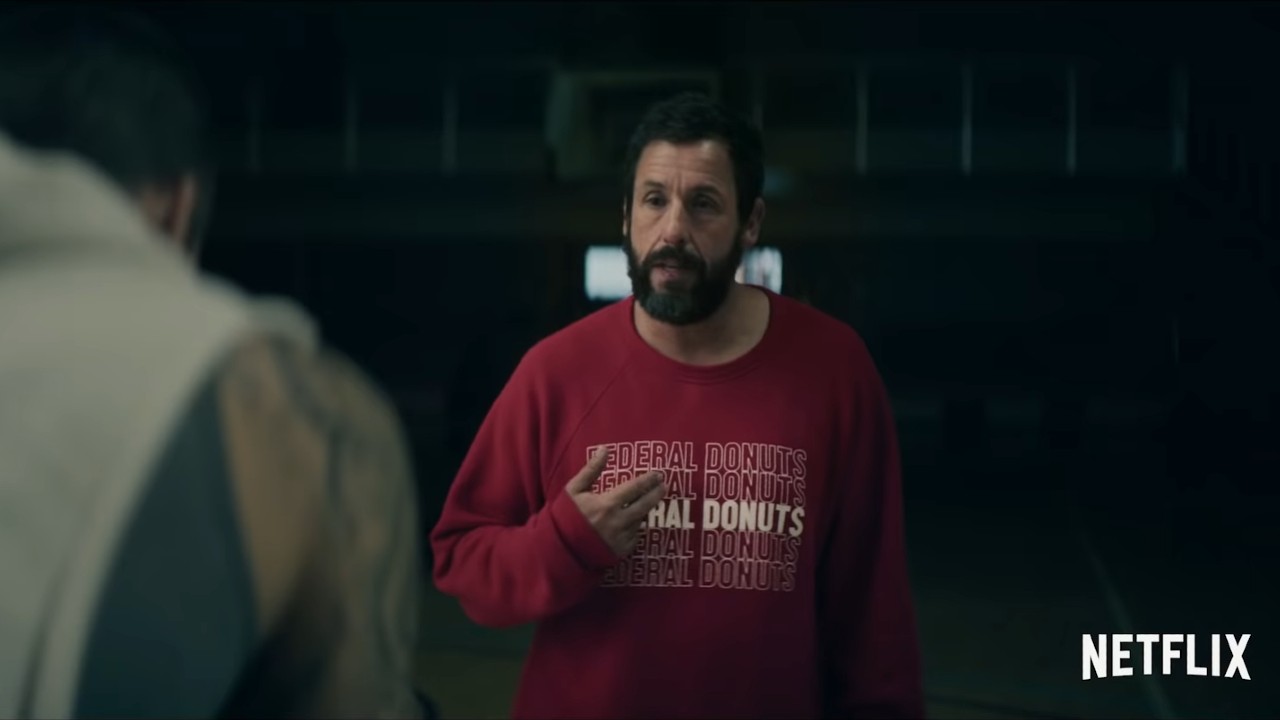 Adam Sandler‘s next film with Netflix is a departure from his standard comedy fare. Hustle is described as a sports drama film which sees Sandler back in a dramatic role after his critically acclaimed performance in 2019’s Uncut Gems.

Here is the logline according to Netflix: “When a down-on-his-luck basketball scout finds a potential superstar in Spain, he sets out to prove they both have what it takes to make it in the NBA.”

The film is directed by Jeremiah Zagar, who directed 2018’s We The Animals, which current holds a 92% on Rotten Tomatoes and won the Sundance NEXT Innovator Award. Utah Jazz forward Juancho Hernangómez plays Bo Cruz, the aforementioned potential Spanish superstar that Sandler’s character, Stanley Sugarman, takes under his wing.

Sandler talked to Entertainment Weekly about how this role compares to his previous dramatic work.

“It had a lot of deep scenes that connected with me, playing a guy who’s just been working hard his whole life and not getting exactly what his goal was, being overlooked and people at work getting in his way. A lot of people have dealt with this in their life. I knew this movie was a different feel for me, but it’s kind of a combination of stuff I’ve done in the past and a newer version of who I am.”

Sandler goes on to discuss how he related to the themes of dedicating your life to your passion with his past as a stand up comedian.

“Some of the advice my character gives Bo Cruz in the movie is: ‘If you’re gonna go after it, that’s got to be the thing you think about the most. You can’t stop thinking about it.’ When I was younger and coming up in the comedy world, that was kind of my thought process at the time. If you’re dying to do something, that’s got to become the focus, and you’ve probably got to not think about too many other things.”

He compared the story and the relationship of his character with Hernangómez to that of Rocky and Mickey from Rocky.

“It’s very much a Rocky story and I’m not Mickey in it — there’s never gonna be another Mickey — but I like being that kind of guy, getting to talk to a young man and getting him fired up.”

Queen Latifah, Ben Foster, and Robert Duvall also star in the film alongside a number of high profile NBA players such as Anthony Edwards, Seth Curry, and Kyle Lowry. The film is produced by LeBron James and Joe Roth. Hustle is expected to be released on June 10th on Netflix.