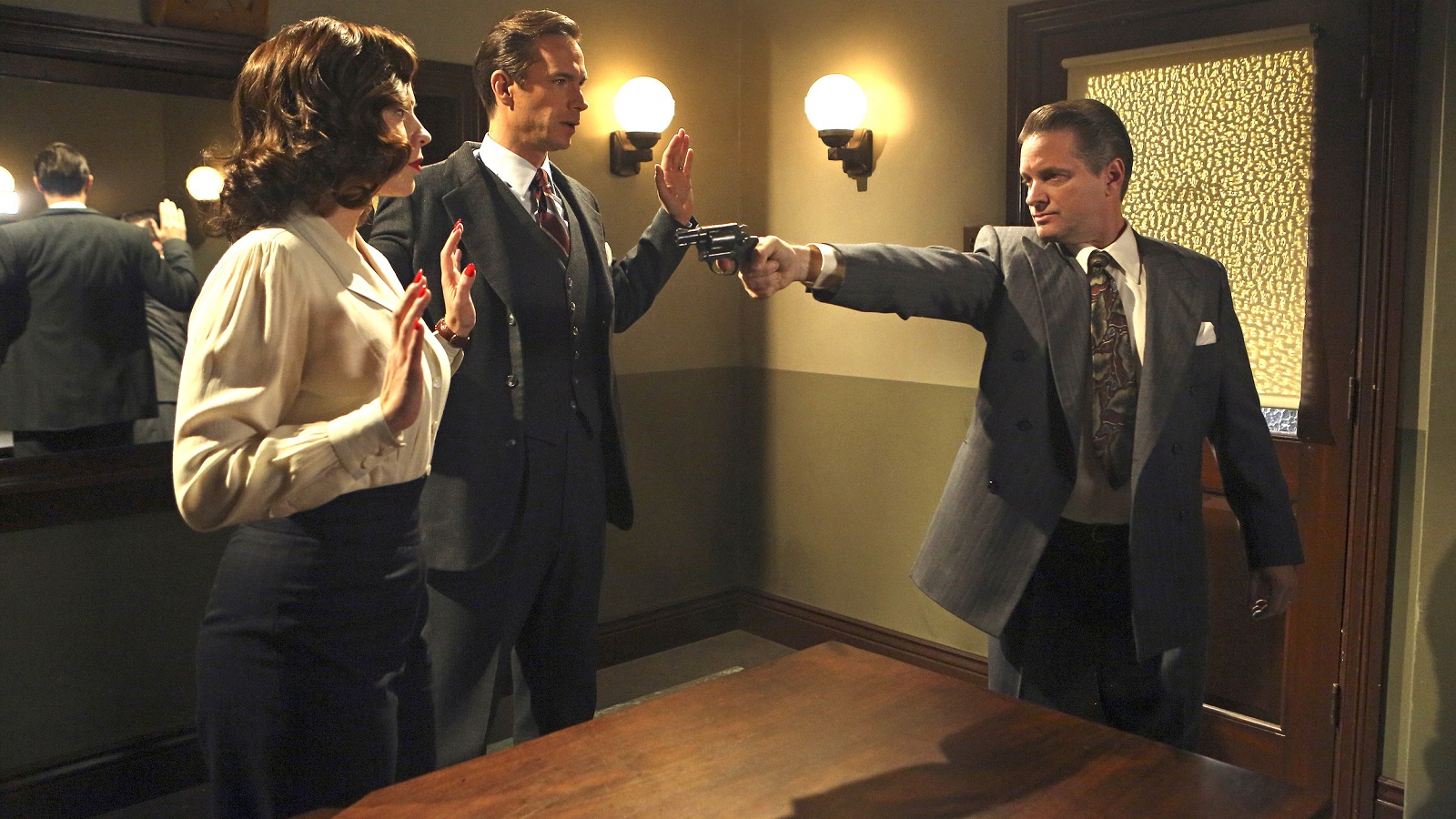 It feels surreal to say that Marvel’s Agent Carter aired over seven years ago, bringing with it some extra flair and finesse to the MCU in the form Hayley Atwell’s Peggy Carter, whom fans met for the first time in Captain America: The First Avenger as Steve Rogers’ love interest.

Since then, Carter has made quite the name for herself in different universes, most recently as Captain Carter in Doctor Strange in the Multiverse of Madness. Sadly, Earth-616 Peggy — our Peggy — dies of natural causes in Captain America: Civil War. Joining Atwell in Agent Carter is Chief Dooley, played by Shea Whigham, who is also known for his roles in Silver Linings Playbook and Joker among many others.

Chief Dooley manages the Strategic Scientific Reserve and originally finds Carter unfit for field work, demoting her to an errand girl of sorts. Now, the actor has signed on as Gwen Stacy’s father in the upcoming Spider-Man: Across the Spider-Verse, marking his return to the world of Marvel.

At Annecy International Animated Film Festival, which commenced today and will run until Saturday, it was announced that Whigham would be joining the Across the Spider-Verse cast. Film Devotion on Twitter shared the news in a tweet, saying, “At #annecyfestival it has been revealed that Shea Whigham has been cast as Gwen Stacy’s dad in the upcoming #acrossthespiderverse.”

Some of Shea Whigham’s most recent works include a return as FBI Agent Michael Stasiak in Fast & Furious 9 and Jasper Briggs in the upcoming Mission: Impossible sequel, Dead Reckoning – Part One, where he’ll join the likes of Tom Cruise, Ving Rhames, Henry Czerny, Simon Pegg, and Rebecca Ferguson, as well as Agent Carter co-star Hayley Atwell, who plays Grace.

Keep an eye out for Shea Whigham as George Stacy in Spider-Man: Across the Spider-Verse, which is expected to arrive in theaters on June 2, 2023.