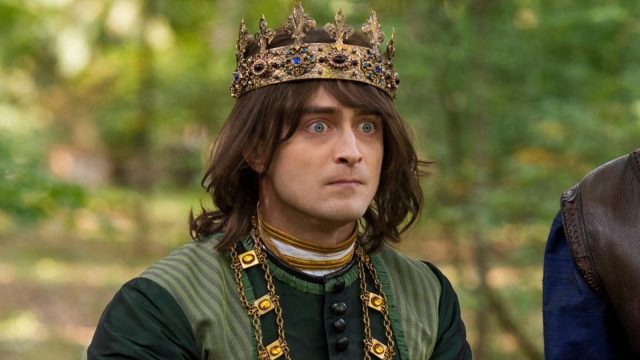 The man who brought Harry Potter to the big screen turns 33 today, and his fans are not ready.

Harry Potter star Daniel Radcliffe rang in his thirty-third birthday on July 23, 2022, and brought reality crashing down on a generation of die-hard Harry Potter fans. The knowledge that an actor who served as a longstanding staple of their childhoods has reached full maturity — and then some — is simply too much for some fans to bear.

Radcliffe is eternalized through his eight entries into the Harry Potter franchise, which were released over a decade between 2001 and 2011. In the first film — in one of Hollywood’s exceedingly rare examples of an actual child playing a child’s part — Radcliffe entered mainstream attention at the ripe young age of 11. Audiences watched him grow from a wide-eyed youth into the bearded, loveable oddball he is today, carried through the majority of his childhood and teen years thanks to the frequent releases of Harry Potter content.

By the time the films wrapped, Radcliffe had grown from the fresh-faced 11-year-old that dazzled audiences in The Sorcerer’s Stone into a far more mature 21-year-old. These days, he’s playing villains — in films like The Lost City — frantic, hapless protagonists in films like Guns Akimbo, and is set to offer his take on the singular Weird Al Yankovic in an upcoming biographical comedy titled Weird: The Al Yankovic Story.

Radcliffe has been plenty active since his days as the scarred protagonist of the Harry Potter franchise, but his role in the massive property remains the actor’s crowning jewel. It is by far his best known part, and, whether he likes it or not, Radcliffe will always be Harry to many of his most ardent fans. A generation of kids grew up on his version of Harry Potter, and they absolutely love him for it.

Which is why so many people were staggered to learn that Radcliffe has officially entered his mid-30s. While we continue to add age and stress lines to our own faces, Harry Potter remains timeless on our screens. He topped out at the spry young age of 21, and to many viewers, he’ll never get a day older. But Radcliffe is, in fact, an actual human, and has continued to age, to the absolute horror of some of his viewers. Reality came crashing down as Radcliffe’s name started to trend on his big day, and people are forced to reckon with their own annoying habit of aging year-over-year.

Tweets have been rolling in for hours, as people express how painfully fast time is passing. The general sentiment of “Daniel Radcliffe is 33 today, I feel way too fucking old now,” is absolutely rife online.

Despite the shock that’s currently rippling through the Harry Potter fandom, expressions of horror are mixed in with well wishes, as Radcliffe’s many fans sign on to wish the beloved actor a happy birthday. His fanbase still runs deep, if the sentiments on social media are anything to go off of.

Radcliffe has contributed some truly stellar work to the world of film and television over the years, even ignoring his enduring presence as Harry Potter. His mark on Hollywood is indelible, as demonstrated by the outpouring of love he’s getting from fans.