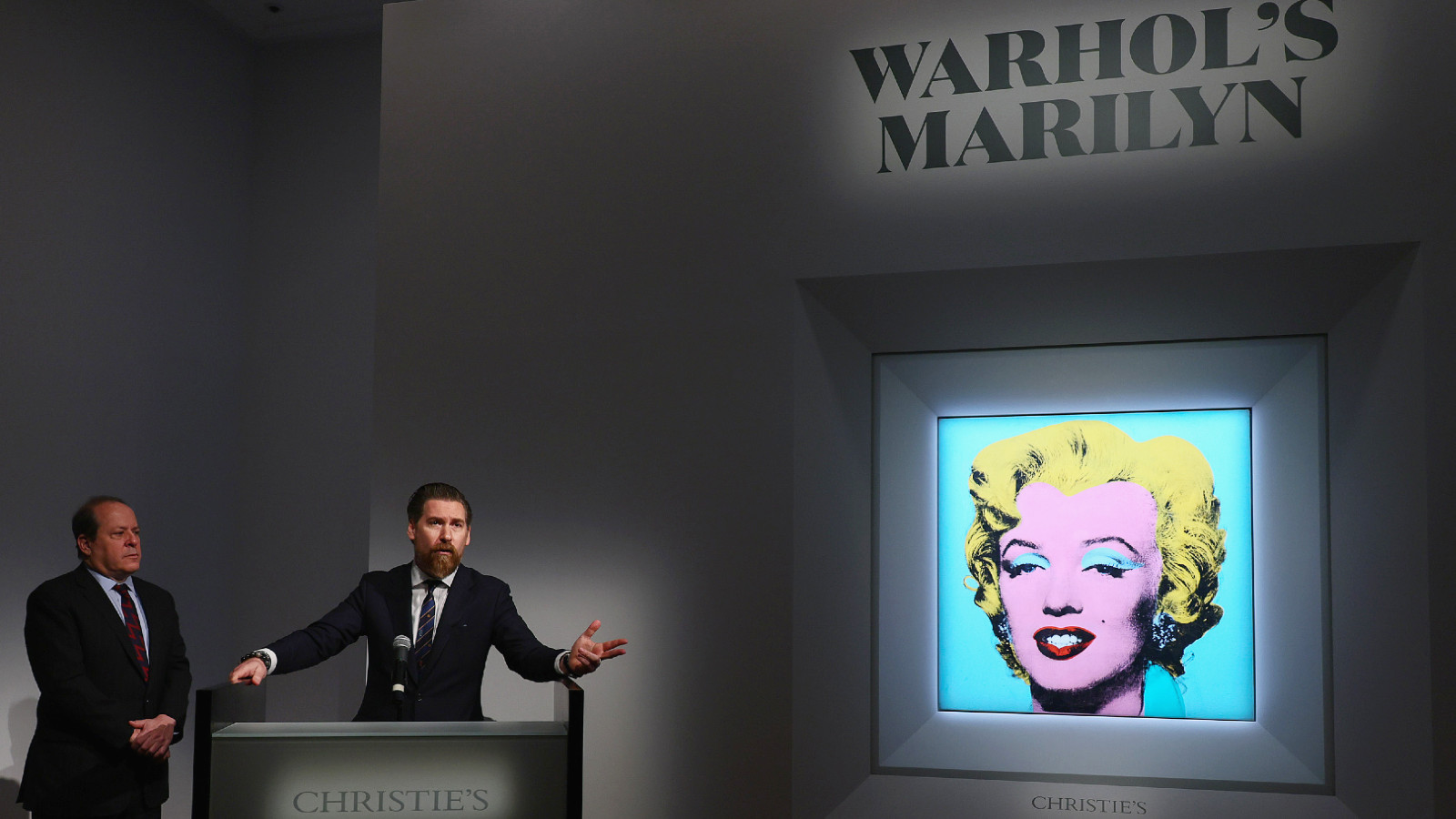 Shot Sage Blue Marilyn, the 1964 silkscreen painting by Andy Warhol and arguably one of the artist’s more famous pieces will be auctioned off by Christie’s New York this May, where it is expected to bring in a jaw-dropping $200 million.

If the painting goes for the anticipated price, it could nearly double Warhol’s highest-selling piece to date, the 1963 canvas Silver Car Crash (Double Disaster), which sold at Sotheby’s for $105.4 million in 2013. According to Art News, Blue Marilyn may become “one of the most expensive works of contemporary art ever to be sold at auction.”

Measuring 3 feet square, the silkscreen painting depicts a press photo from Monroe’s 1953 film Niagara. The image is one Warhol used repeatedly in his work until his death in 1987. It derives from his “Shot Marilyn” portrait series, which Warhol produced after an incident at his downtown studio in 1964 when an anonymous visitor shot into and damaged a stack of canvases.

As the website points out, the Warhol piece is the latest in long-awaited consignment pieces to become available from the estates of art collectors from the Silent Generation. The piece itself only recently became available following the March 2021 death of Swiss art dealer Doris Ammann, who cofounded Thomas Ammann Fine Art with her brother in 1977. Doris ran the business until she died at age 76 and Thomas passed away decades earlier in 1993.

Proceeds from the sale will go to the family’s namesake charitable foundation, which was established to help benefit children’s health care and education around the world.