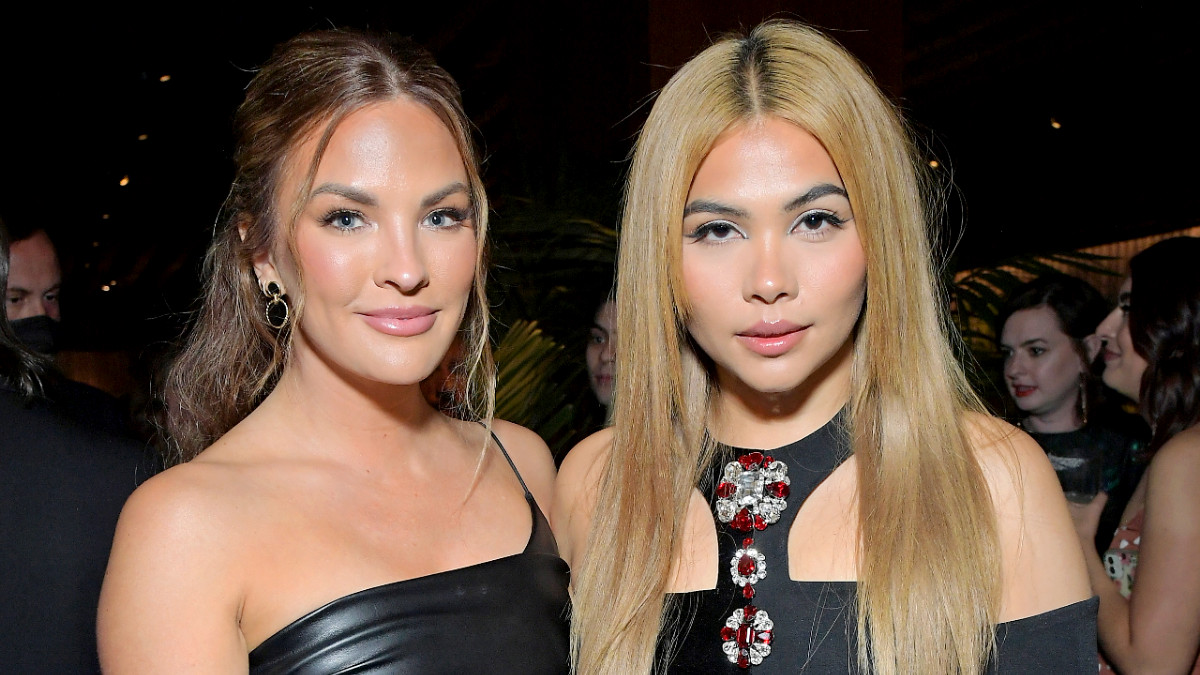 Former Bachelor contestant Becca Tilley, 33, who appeared on the long-running reality dating series during its 19th and 20th seasons, confirmed her relationship with 31-year-old singer-songwriter Hayley Kiyoko on Friday. The news comes just a day after Kiyoko premiered her new music video “For The Girls,” a same-sex Bachelor spoof that featured Tilley in a cameo at the end.

“Hard to say if this is a hard or soft launch, but it is a launch,” Tilley captioned a video compilation of the couple together, set to the tune “Love You Like That” by Dagny.

Tilley likewise came out to support Kiyoko at her music release party on Thursday night, and the pair shared a sweet kiss onstage, which was captured by entertainment news host Zachary Reality in a TikTok video. “So happy for them!!” he wrote in the video.

As news of the couple began to spread across the internet, Tilley seemingly confirmed the rumors on Twitter. “Third time’s [the] charm,” Tilley wrote. “So happy.”

On the set of the music video, Kiyoko told Entertainment Tonight why shooting the video was so important to her in these fraught times for the LGTBQ+ community.

“Not to get too deep, but with so many anti-LGBTQ+ bills being passed right now, it’s very challenging to feel hopeful for our community,” Kiyoko explained. “And so I wanted to create this for my fans, being able to watch this video, seeing people that look like them, thriving, being their true, authentic selves. And knowing that legislation trying to take that away from us is not going to take away our existence, our worth, our truth and the ability to find love.”

Congrats to the happy couple. You can watch the music video for Kiyoko’s “For The Girls” below.