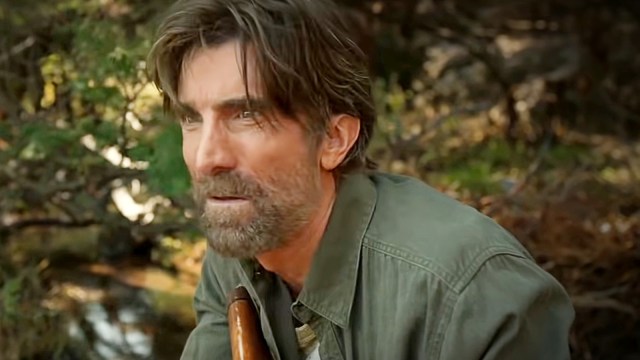 Beast star Sharlto Copley is revealing the upcoming film he wrote and directed is taking the safari movie premise and turning it on its head, with a sci-fi spin, in a way that he suspects might just ruffle a few feathers.

The film in question, which he said is “satirical,” is called Alien Safari, Copley explained in an interview with Collider.

“I play an alien naturalist and earth is a privately owned reserve by a wealthy, philanthropic alien. And it’s very satirical, science fiction, comedy, and it’s probably gonna get me into all kinds of trouble.”

Copley went on to say the movie came to be due to an “itch” he had to “scratch” of somebody making a movie “with balls who’s prepared to say stuff that’s on people’s minds, but everyone’s nervous.”

“I feel like creatives are nervous of their own shadow, so I’m gonna make something and step off a cliff and either just die or people will go like, ‘Finally!’ You know? It’s one or the other. I’m not a half measures guy so we’ll see.”

With Copley originally making his feature-length debut in Neill Blomkamp’s District 9, which is itself a satirical sci-fi movie set in South Africa, Alien Safari sounds like it could be the movie that brings his career full circle, especially coming off the heels of another movie about a safari, of sorts, gone awry, found in Beast.

We’ve enjoyed seeing Copley’s career flourish ever since the acclaimed 2009 movie that put him on the map, as he’s proven himself to be an actor that always takes on interesting and varied roles. However, if Copley’s recent indications in interviews that he will soon be re-teaming with Blomkamp for a District 9 sequel, called District 10, pan out, that makes us especially excited.

We wish Copley the best with the forthcoming Alien Safari. In the meantime, you can check him out starring alongside Idris Elba in a fight for survival against a lion in Beast, in theaters now.