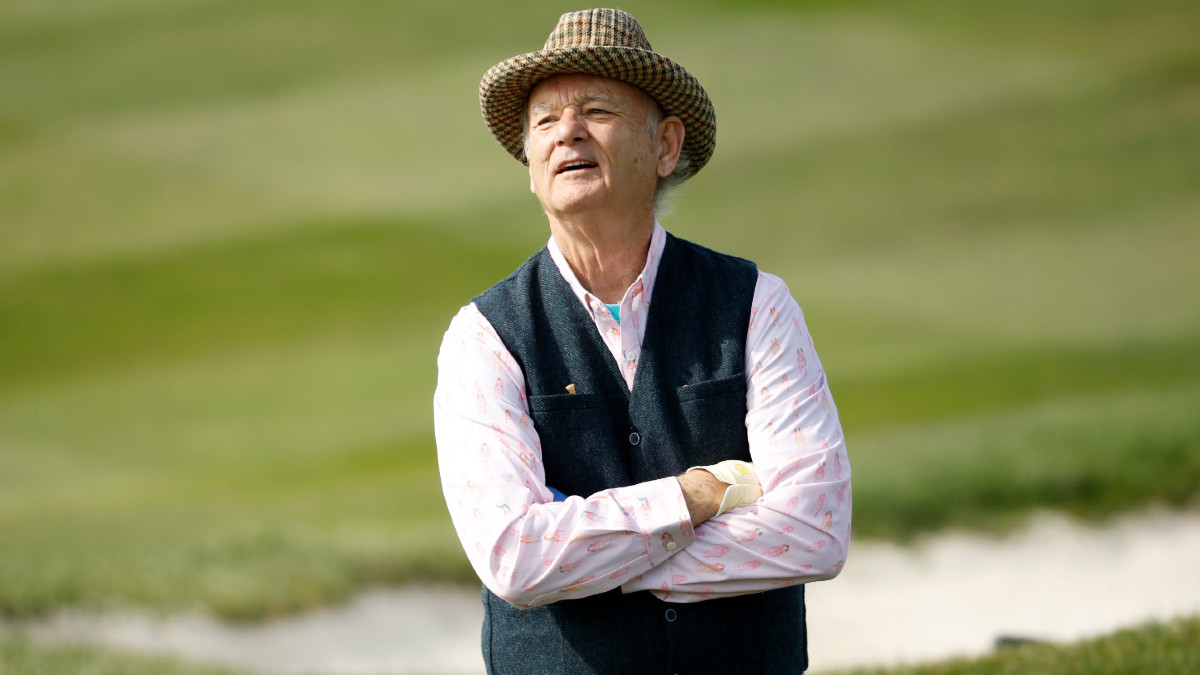 Stories and fan accounts of run-ins with Bill Murray have been the stuff of legends, but the notoriously aloof and eccentric actor rarely indulges them. That’s about to change, when the 71-year-old releases his own line of NFTs, to clarify just a few of the myths that have been floating around over the years, in addition to some never before heard stories.

Murray is working in collaboration with The Chive for the Official Bill Murray NFT 1000 collection, which will each feature a unique graphic of Murray designed by artist David Grizzle along with a brief anecdote revealed or confirmed by Murray himself. The Hollywood Reporter was given a sneak peek at some of the pieces in progress this week, and the publication revealed that the topics ranged from roles the actor turned down in addition to “philosophical Murray-isms,” and some of his “uncommon pastimes and quirks.”

Some of the NFTs will give Murray’s version of stories featured in the 2018 documentary, The Bill Murray Stories: Life Lessons Learned from a Mythical Man, which he did not participate in. One example provided by The Chive involves the actor’s apparently eight-year-old Blackberry Classic, which he continues to use despite a broken “M” key.

The website also gave some insight as to: why NFTs, and why now?

I asked Bill’s thoughts about all the Bill Murray stories swirling about. Bill gave a surprisingly candid answer, “I like them just fine, I was even present for a few.” Bill leaned in with that mischievous twinkle in his eye, “But there are more stories out there, better stories.”

I asked Billy why he hadn’t decided to tell them, to fill in the missing pieces of the mythology? “The timing has never been right, nor has the storytelling vehicle. I don’t want to film a documentary or write an autobiography. Social media is for the birds. Still, I wish most people would understand how much I like fresh eggs, laid daily.”

The collection will launch next month, and fans can sign up now to receive instructions on how and where to purchase the NFTs when they are available and even qualify to receive one for free.