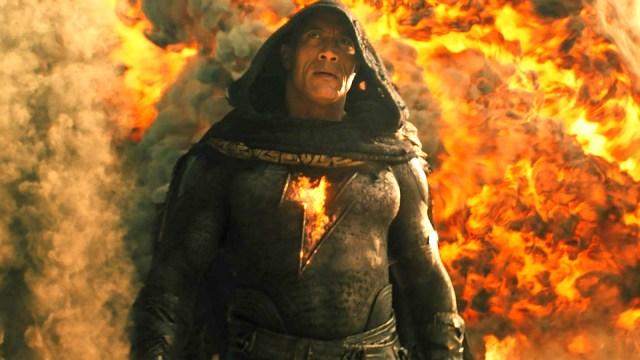 With the advent of the by-the-second access to news and information, it’s getting harder and harder for producers of well-loved comic book franchises to keep things under wraps and keep spoilers from reaching the public consciousness.

One producer in particular dealt with that kind of issue personally, according to The Hollywood Reporter. Beau Flynn, a producer on the upcoming Dwayne Johnson vehicle Black Adam said oftentimes he’s forced to rely on “an honor code” and hope there aren’t any leaks.

“I really trust the casts and crews we work with but we work really hard at it. We make it very clear that you can’t post ever without approval from the producers and the studio. The crews we work with have been doing this long enough that they really help protect us.”

However, that doesn’t always work. Flynn explained that he had to deal with leaked images from the set of the upcoming superhero movie. There were photos posted on Twitter and then circulated to movie blogs.

“That was hard. We had a lot of leaks on that set and it wasn’t anyone in our crew. We shut down those accounts and were able to trace it back [to the source]. But it was really hard. The good news is that we were able to release the costume featuring Dwayne Johnson as Black Adam before it got out — but it was close.”

Johnson said he’s also aware of the issue and tries to make sure he’s cautious about everything spoiler-wise when he’s on a set. But he knows there’s only so much you can do.

“Let’s assume the secret that we’re trying to keep — or the secrets plural — is going to get out. If we assume that, then it sets us up to not be so greatly disappointed when it is revealed,” Johnson said.

Black Adam releases in theaters on Oct. 21 and will be available to stream about 45 days later.