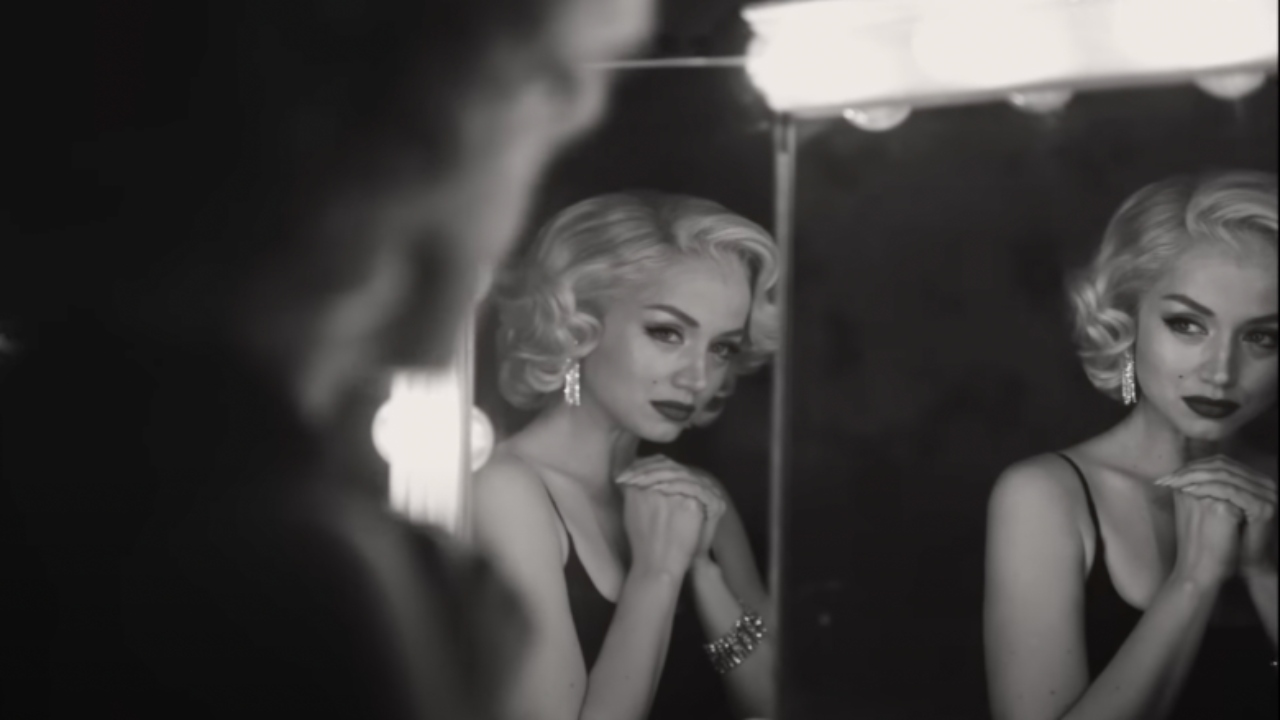 Brad Pitt is singing the praises of Ana de Armas in the upcoming Netflix drama, Blonde, in which she takes on the role of the talented and iconic Marilyn Monroe.

In a chat with Entertainment Tonight, Pitt notes that de Armas had a “tough dress to fill” in the portrayal of Monroe, and made it very clear that her talent, dedication, and passion are what made the film possible in the long run.

“She is phenomenal in it. That’s a tough dress to fill. It was 10 years in the making. It wasn’t until we found Ana that we could get it across the finish line.”

Producing the film, Pitt knew exactly the actress they’d need to fulfill this version of Monroe, one based upon the novel of the same name written by Joyce Carol Oates. Oates herself notes that the story is a fictionalized version of Monroe’s life. It’s a look at the daunting weight placed on the shoulders of an icon, the push and pull, the lack of control or anonymity of a celebrity.

Oates also quickly acknowledged that she didn’t want Monroe to be solely a victim in her story, though there were several aspects of her life when she was treated unspeakably. Monroe’s life and her story are easy to see through two lenses, one as if it was beautiful, sexy, and fun, and the other as if it held pain, sorrow, and regret. In the end, both are true.

It will be an interesting journey to observe how much of Netflix’s Blonde holds true to Oates’ book, and which pieces of Monroe’s life are called upon for inspiration. In large part, that will remain unknown until audiences sit down to watch Blonde, but it will undeniably be powerful.

In fact, a reviewer of Oates’ book says that the whole thing is a mythic blowout, as described by critic Elaine Showalter in The New Yorker:

De Armas’ portrayal of Monroe already looks to be multifaceted, beautiful, and almost haunting. She’s playing several layers of the star who always seemed steeped in grandeur, and one of those layers will be more human than we’ve seen her before — fictionalized and all.

As de Armas embodies Monroe, she says something simple but impactful, “I know you’re supposed to get used to it, but I just can’t.” Monroe could never quite grasp the ups and downs of fame; that much isn’t fictionalized at all.

You can see Blonde when it begins streaming on Netflix on Sept. 23.