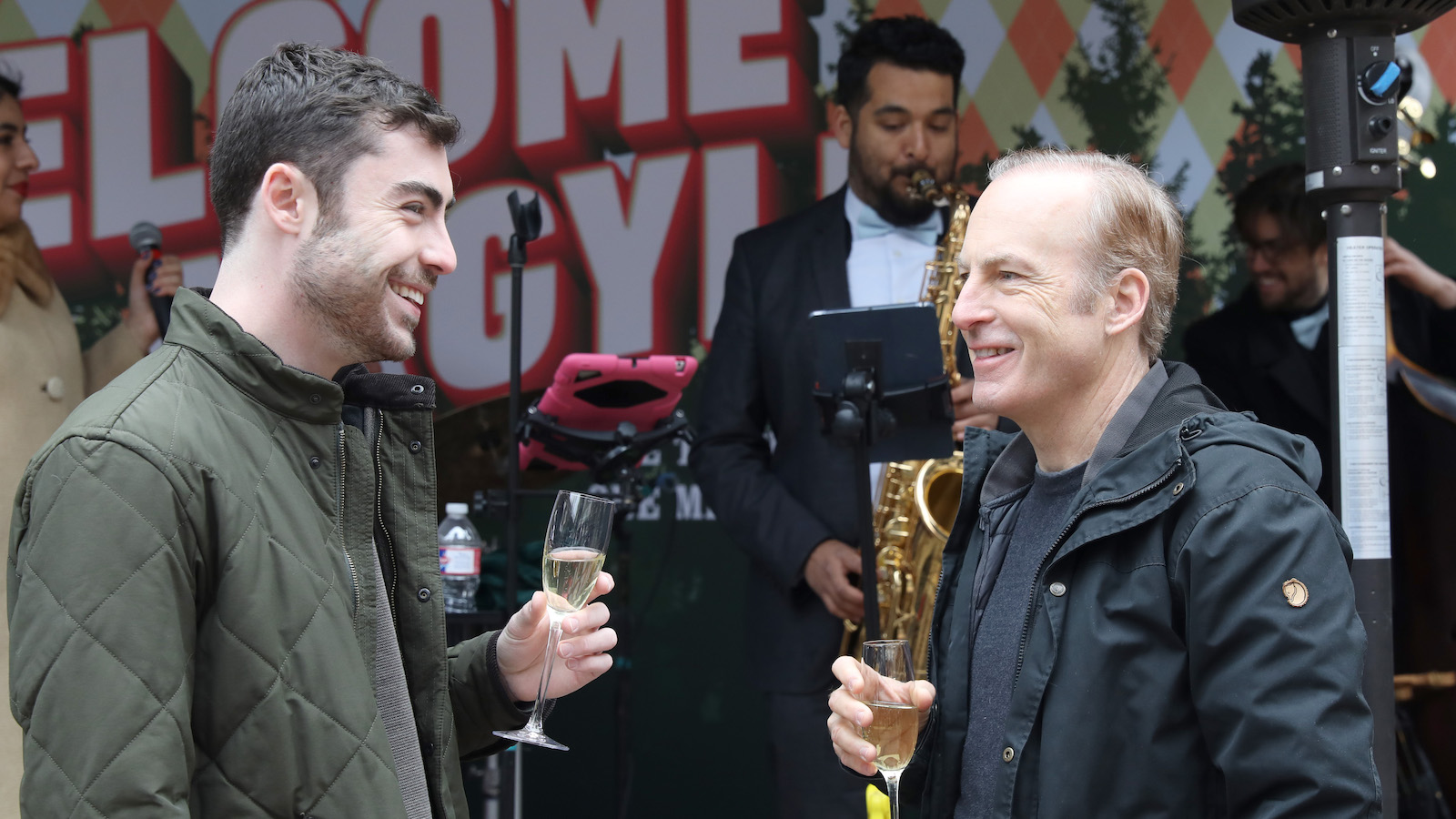 In Argyle, Ohio, “There’s one murder every year and they’re fine with it,” according to Summer in Argyle creator, Nate Odenkirk.

On March 11, Odenkirk joined his dad, Bob Odenkirk, who narrates the podcast, for some fine dining at SXSW, at a restaurant made to look like a DMV, as those in Argyle are accustomed to. The fanciest restaurant in town doubles as the Department of Motor Vehicles, because they both have the longest wait time. It makes sense, kind of. Or, as Bob puts it, “We didn’t follow the logical to a logical place.”

The podcast, which you can listen to in full on Audible, focuses on the singular town as they try to figure out who murdered a high school jock (a bench-warming bowler played by Brian Posehn) at the annual hot dog eating contest.

If you’re here because you love Mr. Show, Breaking Bad, and Tim and Eric, get in line. Behind Nate, specifically, who realized when he was about 13 that his dad just happened to be on his favorite shows, which was tough for a tween to process. “They’re still my three favorite shows, and I’m still sad about it,” joked Nate.

You can’t feel bad for the kid, though, especially since the admiration is clearly mutual. The elder Odenkirk read the script, originally conceived in a college dorm, and encouraged his son to rewrite it until he hated it. Fortunately, they were able to put the whole thing together before getting to the hate phase. Naomi Odenkirk, Bob’s wife and Nate’s mom, produced the show.

As the story unfolds, the show highlights a unique set of local businesses that may or may not serve the needs of the townspeople, with a commercial at the start of each episode. If you loved the Amy Sedaris, Stephen Colbert, and Paul Dinello book, Wigfield, or Sam Richardson and Tim Robinson’s Detroiters, this show is for you. In fact, Robinson makes an appearance in the show.

You can catch Odenkirk on the final season of Better Call Saul this April, and Summer in Argyle is available on Audible now, if you can handle “mature themes like hot dog eating contests.”