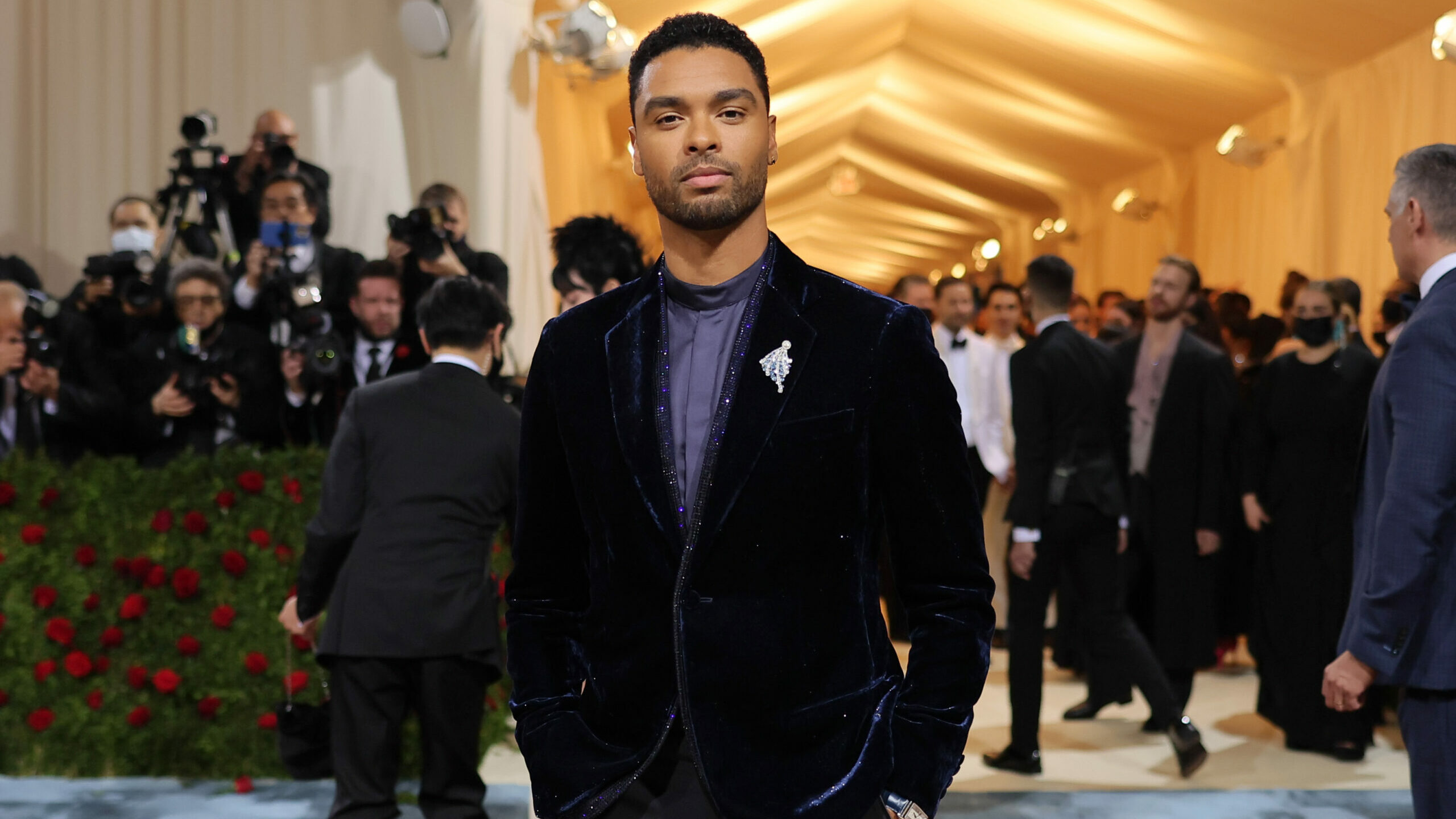 Rege-Jean Page brought Bridgerton vibes to the Met Gala, and fans are in awe of his suit, presence, and the confidence he’s showing.

Page is best known for his role as Simon Bassett in Netflix’s Bridgerton — the Duke of Hastings who stole our hearts and made viewers weak at the knees. His Met Gala appearance is channeling the Bridgerton charm that fans miss desperately as his character took a hiatus in the most recent season of the series.

Page is one star with an overwhelmingly positive reaction to his look for the evening. Some fans wonder if many of the celebrities in attendance followed suit with the theme and dress code at all — while others clearly knocked it out of the park.

Page definitely falls into the latter category, and he’s got charisma in spades, which only enhances the look. His dark blue suit with a hint of sparkle fit perfectly as he smiled, taking in the festivities of the big event.

In fact, all Bridgerton-centric celebrities who took the carpet tonight hit it out of the park. They’re obviously used to the gowns and suits that fit this year’s theme, and they certainly delivered tonight.

Page may have taken a step back from Bridgerton, but fans who adore him can rest easy knowing he will return to Netflix soon alongside Ryan Gosling and Chris Evans in The Gray Man. Until then, you can check out highlights of his Met Gala appearance on social media and see him in season one of Bridgerton on Netflix now.