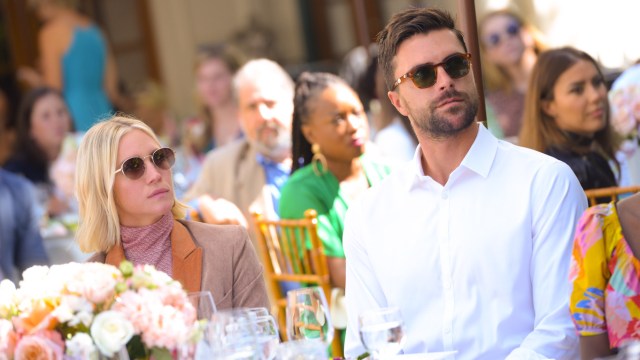 Actress Brittany Snow is divorcing her her husband, Tyler Stanaland.

Snow, 36, announced the split on her Instagram page. The couple started dating in 2019, and got married in 2020 in Malibu. Stanaland is currently on the hit Netflix show Selling the OC, and Snow is known for a number of different projects over the years including Pitch Perfect, The Pacifier, and Pitch Perfect 2.

“After time and consideration, Tyler and I have made the difficult decision to separate. This decision was made with love and mutual respect for one another,” the actress said. She added that the two needed to spend some time apart to make sure they’re living their “most fulfilling and authentic lives.”

“We started this journey as best friends and our relationship will continue to be a priority not only for us but for our dog Charlie. We sincerely appreciate your support and ask for privacy as we navigate this new chapter.”

TMZ is reporting that the main issue between the two is the fact that they live so far apart. Snow lives in Los Angeles and Stanaland, 33, lives in Orange County. There were rumors of infidelity, and a costar on Selling the OC named Alex Hall possibly being someone Stanaland was interested in, but the news organization says that’s not the case.

Another issue, according to People, was the fact that the couple’s relationship became a storyline on the show. That reportedly “broke them,” a source told People. “They had issues before, but this is the final straw.” The source said Snow was against him going on the show at all.

“Brittany never wanted Tyler on the show but he was adamant,” the source said. “He wanted to make a name for himself on his own terms.”