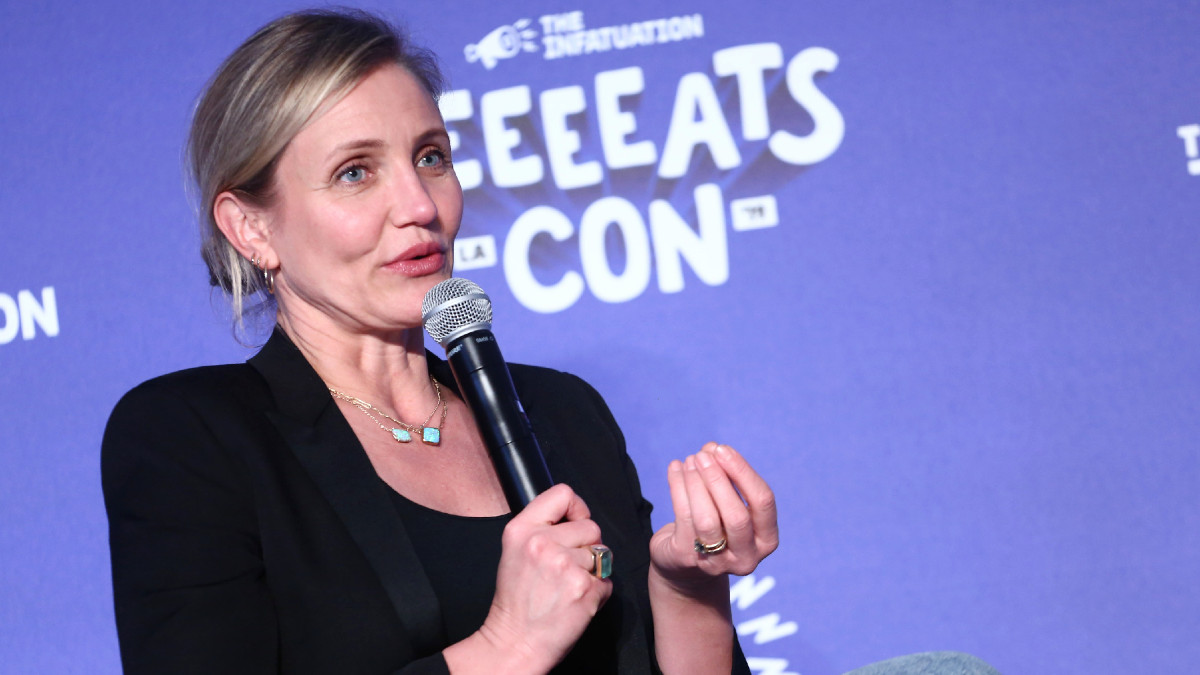 Cameron Diaz was once the ultimate Hollywood “It Girl” in the mid-’90s through the late aughts, appearing in everything from raunchy comedies and rom-coms to prestige films and Hollywood blockbusters such as the Charlie’s Angels franchise. However, after marrying her husband, Good Charlotte guitarist Benji Madden in 2015, Diaz made the decision to step away from acting entirely.

In a new episode of Michelle Visage’s Rule Breakers podcast, Diaz opened up about how her life has changed since leaving the spotlight nearly a decade ago, and how superficial things like beauty regimes are no longer on her radar.

“It’s a funny thing because I think the main thing about fame that people don’t understand is that fame is very infantilizing, right? It’s very much about keeping somebody coddled, in a state of, you know, we see a little child and we’re like, ‘Oh it’s so cute, I want it to always be cute, and if I keep it cute … maybe it’ll stay cute forever.”

Diaz said that being treated “so precious, that you can’t do anything for yourself,” takes away your sense of autonomy and identity.

The 49-year-old likewise opened up about what it’s like being a woman in Hollywood and dealing with both objectification and being held to unreasonable beauty standards.

“I am absolutely a victim to all of the societal objectification and exploitations that women are subjected to,” said Diaz, when asked how she was able to break the cycle and get out of acting. “I have bought into all of them myself at certain times. It’s hard not to. It’s hard not to look at yourself and judge yourself against other, sort of, markers of beauty, you know?”

“And I think that that’s one of the biggest things,” Diaz continued, breaking out into her trademark bubbly laugh, “The last eight years, girl — I’m like wild. I’m like a wild animal, like a beast!”

“Well, you stop looking in the mirror, you stop taking pictures and selfies of yourself,” Diaz said, when asked how the rest of us can get to that point. She elaborated that sitting in front of a mirror for “seven hours a day” is toxic for women in the industry.

“You just start to pick yourself apart, you know?” she added. “And you’re like, ‘Why I am sitting here, like, being so mean to myself?’ My body’s strong, my body’s capable. Why am I going to talk down to it? Why am I going to be mean to it when it’s like carried me this far?”

Visage later brought up aging, as Diaz is preparing to turn 50. And despite the fact that the former actress still “looks amazing,” she shared that it’s not out of any type of effort.

“I literally do nothing. I like never wash my face. I have a billion products that I never use,” Diaz joked. “Twice a month if I’m lucky. Like, I’ll be like, ‘Oh, I better put this on. One time works, right?’ Like is that all I have to do? I’m just not in that place right now like where I put any energy. For me, I just really want to stay strong, that’s really important.”

After listening to her eye-opening interview, it’s hardly a mystery why Diaz stepped away from acting. In addition, she and Madden welcomed their first child, daughter Raddix, via surrogate in 2019. And clearly, family is her priority now, as she likewise gushed that Madden is “the best dad ever.”