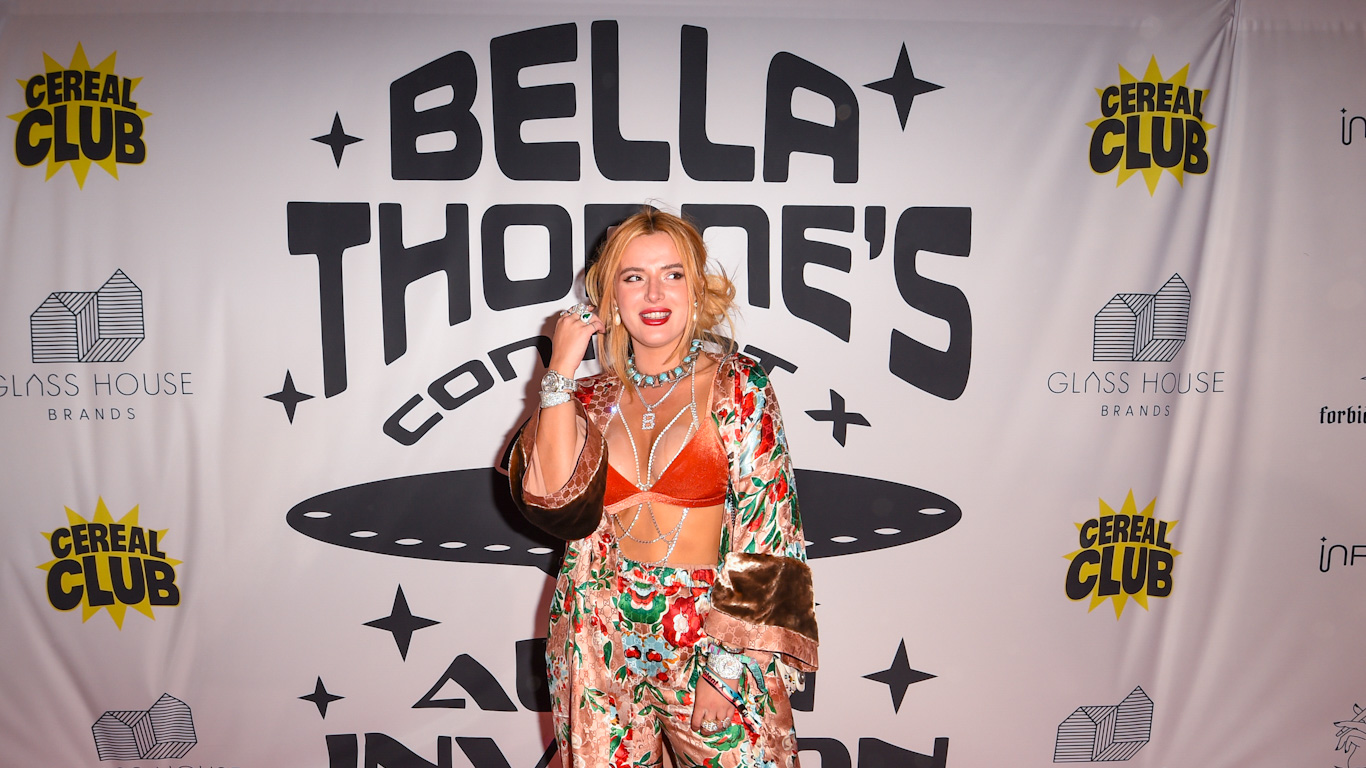 According to an exclusive report in Deadline, notorious mess Bella Thorne is set to star in the thriller Saint Clare, based on the novel Clare at 16 by Don Roff. The book is about an ordinary small town high school student, the titular Clare, who also happens to be a Dexter-style serial killer. The film is to be co-written by Guinevere Turner, best known for helping adapt Bret Easton Ellis’ novel American Psycho into the classic Christian Bale-starring film.

This is the second time preproduction on this film has been announced, with Anna Margarita Albelo originally set to direct. With Thorne in, Albelo is out, and helming the film now will be Italian model-turned-director Mitzi Peirone, whose previous feature, Braid, premiered at the 2018 Tribeca Film Festival and made history as being the first feature film funded entirely with cryptocurrency.

While Bella Thorne rose to young adult fame as the star of the Disney Channel’s Shake It Up and movies like Blended, The DUFF, and Mostly Ghostly: Have You Met My Ghoulfriend?, over the past ten years Thorne has been mostly known for publicizing her polyamorous romantic life and for her string of adult controversies. The latest of which being her page on OnlyFans, a service where sex workers can get paid for videos directly by fans, which made $2 million on its launch. She was roundly criticized for potentially cutting into the profits of sex workers hit hard by the pandemic.

These talent press releases are generally made in a film’s fundraising phase, when producers look for backers to put money into a project, so it remains to be seen if or when the film ever comes to fruition.