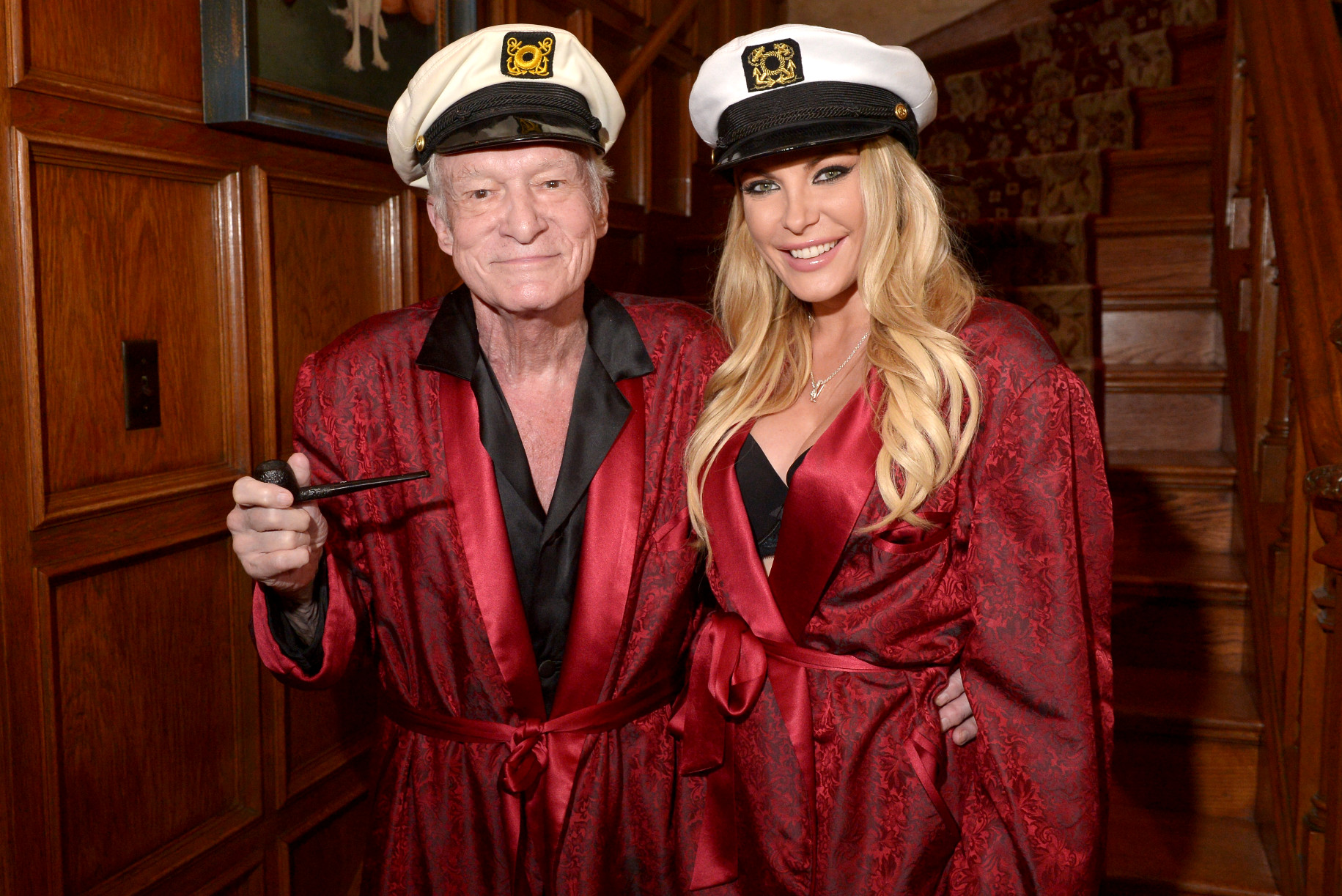 Crystal Hefner was the third wife of the late Hugh Hefner, from when they married in 2012 until the Playboy publisher’s death in 2017. But these days, the model lives a markedly different life than her days at the Playboy Mansion.

In an Instagram post on Monday evening, Hefner (née Harris) opened up about her personal journey over the past several years, and how she’s finally happy, healthy, and living true to herself. In the lengthy post, the 35-year-old former Playmate thanked the fans who have stuck with her throughout the years, even when she stopped posting risqué photos on social media.

“Over five years, my account has shifted from not always safe for work posts to my REAL safe for work-life,” Hefner wrote. “The real me. I was living for other people before, to make others happy, suffering internally in the process.” ⁣
⁣
“As most of you know, I grew my following during my ‘Playboy’ years,” she continued. “Certain photos grow followings fast. In short, sex sells. I don’t know whether I felt empowered by dressing scantily clad, showing cleavage, etc …or if I just felt it was expected of me or what… but now I can confidently and 100% proudly say, modesty is what empowers me these days, and because it feels so much better internally, it will probably be this way for the rest of my life.”

Hefner went on to say that she “removed everything fake” from her body and deleted all of her old photos. “I am more authentic, vulnerable, and feel that I belong more to myself. I am mine,” she added.

Though Hefner admits that she initially began purging followers after cleaning up her account, she says that now the tone has shifted and her count is growing again — but this time, with more women following her than men.

“If you follow for insight into my past life, my new one, my travels, my health hurdles, lifestyle, you name it — thank you,” Hefner continued. “I will make it my mission to try and help in all ways that I can while staying true to myself. I hope all of you can stay true to yourself and to what feels right for you as well, because there’s a certain power you get from that you can’t find anywhere else.”

In 2016, Hefner revealed that she had been diagnosed with Lyme disease and toxic mold, and eventually learned that her symptoms were caused by “breast implant illness.” Before having the implants removed, she said she had been experiencing “brain fog” and “chronic fatigue.”

Earlier this month, Hefner also opened up about a cosmetic fat transfer surgery in October that she nearly didn’t survive.

“I advocate for being natural since I got very ill and removed my implants and everything else toxic in my body in 2016,” she wrote at the time. “I should have learned my lesson the first time but I guess the universe keeps sending you the same lesson until you learn it.”

In addition to living a natural lifestyle, Hefner also now appears to have an age-appropriate boyfriend and otherwise seems to be thriving in her personal and professional life. Not everyone is so fortunate to get a brand new lease on life, so cheers to Hefner’s newfound happiness.