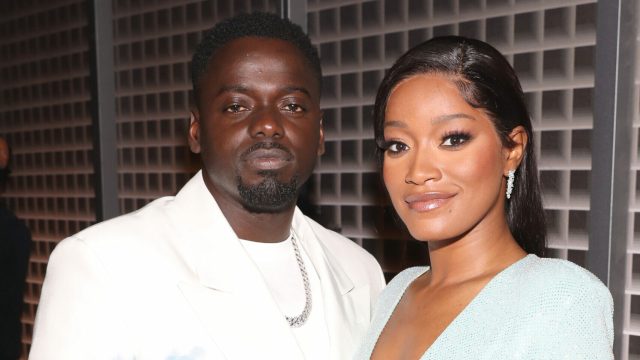 Eager audiences are days away from an on-screen invasion in Jordan Peele’s upcoming thriller, Nope, and the cast can’t wait to serve it up for all of us.

During EW‘s around the table for NOPE, the cast gave a bit of insight into the film while being very elusive with plot details. What we do know so far is that a brother and sister are at the heart of this story, and it will be an emotional ride.

Kaluuya says that the siblings most certainly play off of one another, using the word pointedly. Palmer’s character, Emerald, brings out a softer side in OJ. That softer side is something that he will need to survive whatever is out to get them in Peele’s thriller.

“They play together. That’s something that I really wanted — the only time you see a bit of play from OJ is when Emerald gets it out of him, because she’s the only person that can really unlock any sort of emotion in him. OJ didn’t inherit any of his father’s charm, whereas Emerald didn’t inherit any of her father’s responsibility, but together, they could run it.”

Palmer added that an important part of the film for her was what happened in the moments fans didn’t get to see. It also helped to strengthen their bond on and off screen.

“Thinking about the spaces in between the scenes, the moments you have never seen between them, growing up. Jordan was always saying it’s not so much about the scene that’s happening, but the moment that happened before, the feeling and thought that led to that. So we kind of filled that space in our minds, and then it came out in the moments we worked together. A lot of trust.”

So what happened to leave the siblings alone on their father’s farm? This is part of the plot fans don’t know much about, but something otherworldly is likely responsible for the end of their patriarch’s life, and it’s not an easy point of discussion. In fact, it sends the siblings into a tailspin of discovery, fear, and a whole lot of nope!

The eerie trailers highlighting the mysterious storyline have done their job — grabbing our attention without giving too much away. The plot details of any Peele film are always kept from inquiring minds until we’re sat down to watch them, and Nope is no different.

You can see how the story unfolds when Nope hits theaters on July 22.