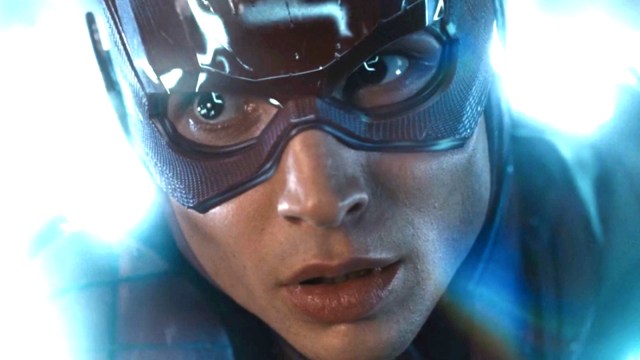 The latest intel on DC’s much-maligned The Flash movie claims that it might just be one of the best DC films ever, but fans aren’t buying it. 2007’s The Dark Knight remains the pinnacle of superhero cinema for many, so we’ve often heard subsequent Marvel and DC productions compared to the acclaimed Christopher Nolan sequel over the years. And the endangered Ezra Miller vehicle is apparently the latest.

The Hollywood Reporter revealed that Miller recently met with Warner Bros. Chairpersons Michael De Luca and Pamela Abdy to try and help get the movie back on track and to apologize for the way their recent actions have reflected poorly on the studio. Elsewhere in this report, THR shared that The Flash has received some of the highest test screening scores since The Dark Knight, which has left WB execs determined to stay on course and release it next summer as planned.

If you were thinking this might help ameliorate The Flash‘s reputation in the eyes of the internet, though, you’d be mistaken, as most DC diehards are calling bullsh*t on the story. Some are just so jaded they feel like they’ve heard this claim a hundred times before while others simply don’t care if the film is deserving of an Oscar or not — as they just can’t get past the accusations made against Miller.

Anyone else getting déjà vu?

The same could be said of literally any DC movie.

It’s still a no from… pretty much everyone.

It has to be one or the other.

Some are suspecting foul play.

As of now, The Flash is still pegged for release on June 23, 2023, but a lot can change in a year. Especially in the tumultuous world of DC.