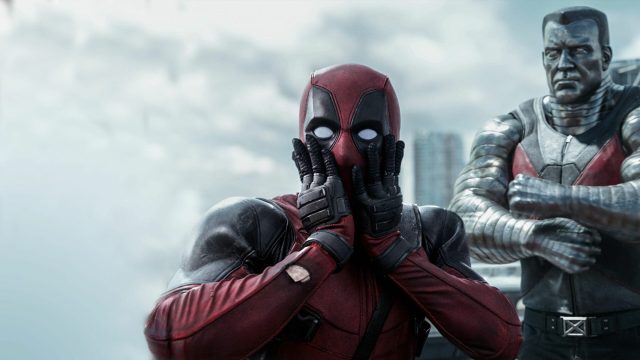 Deadpool is celebrating mediocrity today, and if that’s not an idea we can all get behind, we’re not sure what. The anti-hero shared an image appreciating Marvel heroes with large followings.

Now, the graph shows that Hulk came in last place with 659 thousand followers, but we know how Deadpool feels about that hero — so he decided to ignore him completely.

In addition to celebrating his last place rank, Deadpool also altered the graph to share that it’s not nice guys who finish last; it’s sexy guys, and that his follower amount is the perfect size — oh, sorry — number.

Of course, Deadpool isn’t fazed by not reigning supreme in the category of having the most Twitter followers. He’s not the kind of guy who spends too much time on social media unless it’s to check in on what’s new with Hello Kitty.

If you think about it, adding underachiever to his many accolades is just one new feat for the gun-slinging, foul-mouthed character we all love. Fans also quickly pointed out that Deadpool left another treat on the graph: a few hearts near Spidey.

We wonder how Hulk is taking the news.

We have to point out that a particularly well-loved hero is missing from the list, and while the mantle was handed from Steve Rogers to Sam Wilson recently — fans are using an appropriate gif as a reaction.

No matter what hero tops the list, we all know that Deadpool has carved out a place in the hearts of Marvel fans worldwide — even if he doesn’t care a bit about it. Here’s to the sexiest hero of all, finishing last — and strong.