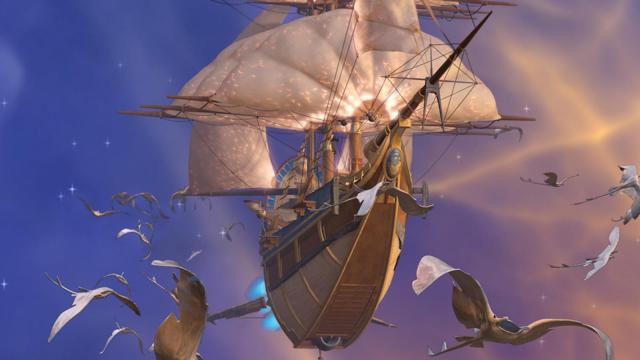 Disney is about to release the latest live-action remake of one of its animated classics in just a couple of weeks, with Robert Zemeckis’ new take on Pinocchio dropping on Sept. 8. While this trend has allowed for many legendary Disney stories to be given new life, the ones that have been chosen for the remake treatment only draws attention to the fact that the House of Mouse is keen to bury some of the less successful entries in its animated canon.

So it’s about time that fans stood up for one of the most criminally underrated Disney animated films of the lot. Twitter user @TheFirstOkiro has gone viral for singling out 2002’s Treasure Planet as a movie from the studio’s past that deserves way more attention. “I’ll never understand how a film as creative as Treasure Planet isn’t talked about more,” they shared. “IMO it’s one of the greatest animated films ever.”

The fan continued by praising “the animation quality, the world design, the characters, and the MUSIC!” as well as promising that it’s must-watch for sci-fi lovers and will “change you.”

Going by the thousands of retweets, likes, and interactions the OP’s tweets received, it’s clear that there are actually a lot of Treasure Planet fans out there. Obviously, the film’s reputation is one that’s grown over time as it was infamously a huge box office bomb at the time of its release, even failing to recoup its $140 million budget. In an age when Disney would create spinoff TV series and/or made-for-DVD sequels for literally anything they made, Treasure Planet failed to spawn any kind of franchise.

But maybe, at this point in time, when sci-fi action/adventure films are cool again, Disney would have much more successful results if they staged a new version of Treasure Planet. Who knows, but for now, at least folks are giving the original the reappraisal it deserves.